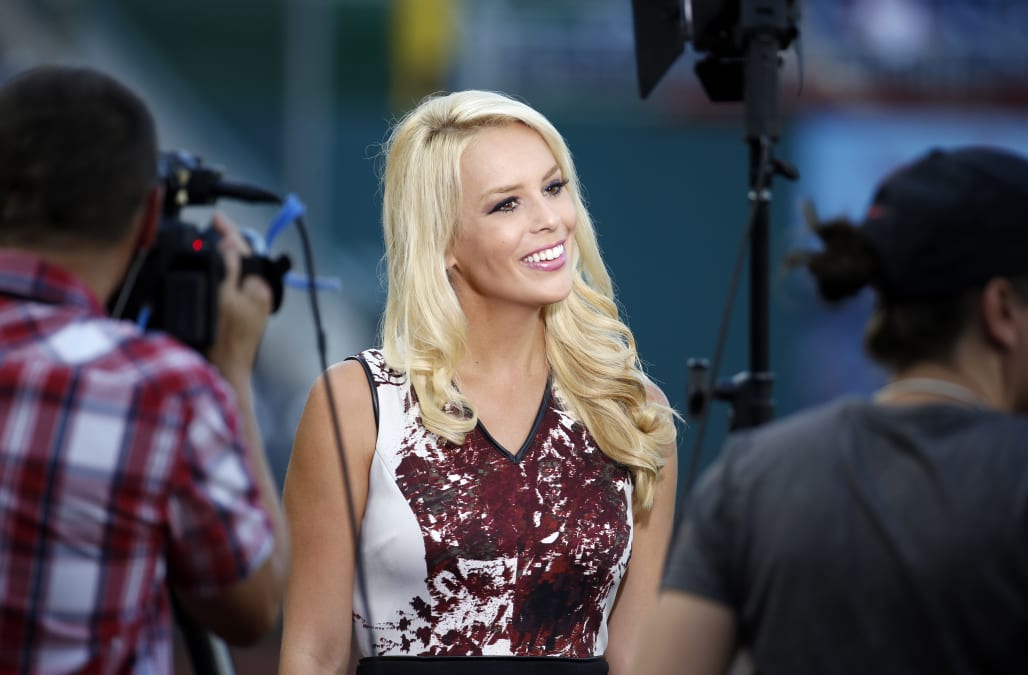 On Wednesday, she went in for brain surgery.

Prior to the procedure, McHenry posted a photo from her hospital bed on Twitter, thanking her former and current colleagues for their support.

I have brain surgery today. I’ll be out recovering but had to say THANK YOU to former bosses, colleagues & friends from ESPN. Class act people. To @fox5dc, Fox News colleagues & @FDRLST for support. To EVERYONE reading this. Your kindness & words provided strength. #Fight 💪🏼 pic.twitter.com/v5D7TRRrm8

As of the time of this post, there were no further updates on McHenry’s procedure. She kept the location of her procedure private.

How she discovered the tumor

McHenry explained on an Instagram video on Tuesday how she discovered the tumor in an effort to raise awareness.

How I found out that I had a brain tumor. Posting so that anyone else possibly feeling off or feeling the same, might be able to check themselves out sooner rather than later.

“I’ve been having headaches for six months now, but I was going through a very public and well-documented stressful situation at work,” McHenry said. “So I assumed the migraines and vomiting and nausea was associated with that stress.”

She said a chiropractor eventually recommended that she undergo an MRI, which detected a golf-ball sized tumor.

“Please know, I'm only 33, and if you are having consistent symptoms anywhere, it could be something more serious," she said.

“It's scary to have your head cut open, but I'm in good hands, and I appreciate everyone who’s reached out.”

The stress McHenry mentioned referenced a sexual harassment suit she filed against her employer.

In December, she sued Fox News, claiming the network failed to respond to her multiple accusations that former co-host George Murdoch sexually harassed her.

Prior to joining Fox News as a host on streaming service Fox Nation, McHenry spent three years at ESPN from 2014-17 as a reporter making regular contributions to “SportsCenter,” “NFL Live” and “Baseball Tonight.”

She was part of a round of mass layoffs at ESPN in 2017. From there, she leaned into her conservative political beliefs, translating them into a role with the Fox News network.