Dogs, cats can't pass on coronavirus, but can test positive 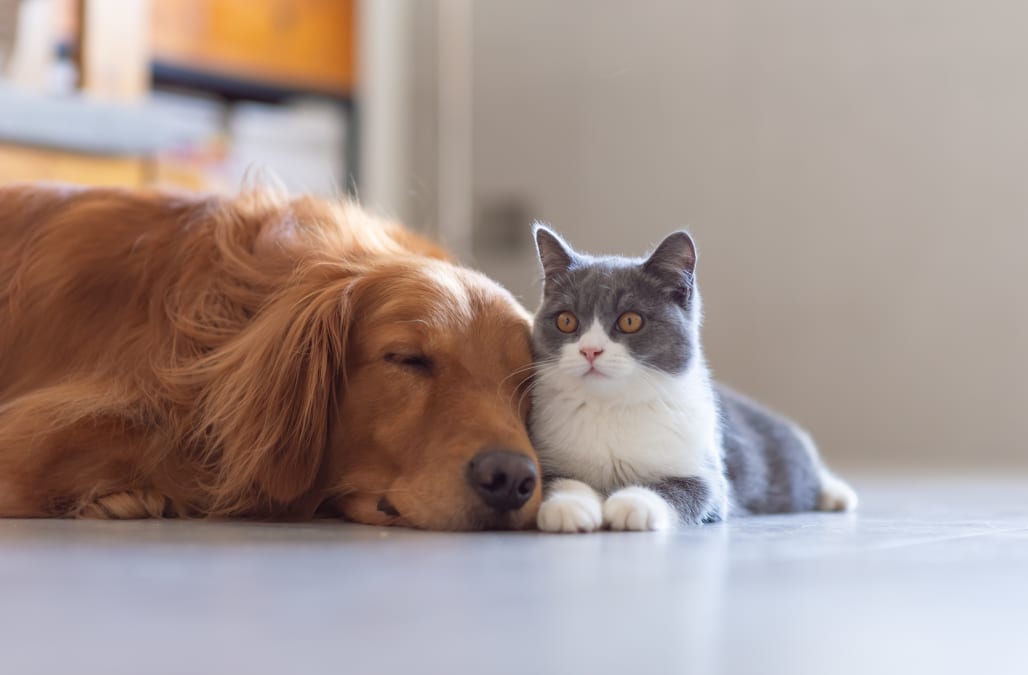 HONG KONG (AP) — Pet cats and dogs cannot pass the new coronavirus on to humans, but they can test positive for low levels of the pathogen if they catch it from their owners.

That's the conclusion of Hong Kong's Agriculture, Fisheries and Conservation Department after a dog in quarantine tested weakly positive for the virus Feb. 27, Feb. 28 and March 2, using the canine's nasal and oral cavity samples.

A unidentified spokesman for the department was quoted in a news release as saying. “There is currently no evidence that pet animals can be a source of infection of COVID-19 or that they become sick."

Scientists suspect the virus known as SARS-CoV-2 that causes the disease originated in bats before passing it on to another species, possibly a small wild mammal, that passed it on to humans. However, experts from the School of Public Health of The University of Hong Kong, the College of Veterinary Medicine and Life Sciences of the City University of Hong Kong and the World Organisation for Animal Health (OIE) have unanimously agreed that the dog has a low-level of infection and it is “likely to be a case of human-to-animal transmission."

In general, pet owners should maintain good hygiene, including washing hands before and after handling animals, their food and supplies and no kissing them. People who are sick should avoid contact with pets and a veterinarian's advice should be sought if changes in a pet's health conditions are detected.

“Apart from maintaining good hygiene practices, pet owners need not be overly concerned and under no circumstances should they abandon their pets," the spokesman said.

More from Aol.com:
This remarkable turtle has an exposed heart that beats outside of its shell
World's only known pink manta ray spotted off Australian coast: 'At first, I was very confused'
Internet in a frenzy over photo of penguin skeleton's neck: 'I need a minute to process'