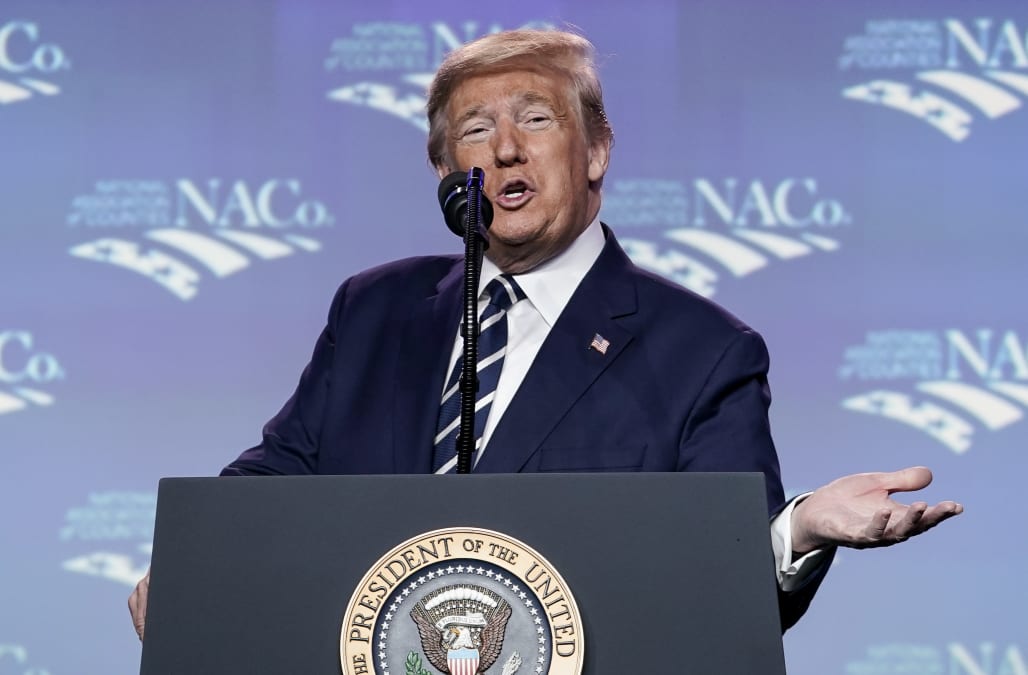 Speaking to reporters during a press briefing with airline executives on the coronavirus at the White House Wednesday, President Trump said he thought the Super Tuesday Democratic primary results were “great” — for him, naturally.

“I think the election was great last night,” Trump said. “It was a great comeback for Joe Biden.”

Biden won in at least nine of 14 states, seizing the momentum from Sen. Bernie Sanders based on results from the first three states to vote.

Trump mused that Biden now “has an easier path” to the nomination. But after months spent mischievously tweeting warnings that the Democratic establishment would try to steal the nomination from Sanders, the self-described democratic socialist from Vermont, Trump began laying the groundwork for a line of attack against the former vice president, who has positioned himself as a moderate centrist in the race.

“A lot of people are with Joe,” Trump said. “If you look at those people, they’re worse than Bernie. Some of Joe’s handlers are further left than Bernie.”

Trump also took a gleeful shot at billionaire former New York City Mayor Mike Bloomberg, who dropped out of the race on Wednesday morning after a dismal showing despite spending nearly $500 million in advertising. The president estimated Bloomberg actually spent twice that.

“One thing this election has shown is you can’t buy an election,” Trump said. “It’s a beautiful thing. It’s not easy doing what I did, is it?”

“Bloomberg made a fool of himself,” the president continued. “I could have told him you can’t win.”

He seemed particularly peeved at Sen. Elizabeth Warren, who has vowed to stay in the race even though she has failed to win a single caucus or primary, including the one in her home state of Massachusetts, where Biden scored a surprise win.

“Elizabeth Warren was the single biggest factor in that election,” Trump said. “She was very selfish. Do I care? No.”

The president seemed disappointed that Warren didn’t end her campaign to throw her support behind Sanders, her fellow progressive.

“So selfish for Elizabeth Warren to stay in the race,” he wrote on Twitter. “She has Zero chance of even coming close to winning, but hurts Bernie badly. So much for their wonderful liberal friendship. Will he ever speak to her again? She cost him Massachusetts (and came in third), he shouldn’t!”