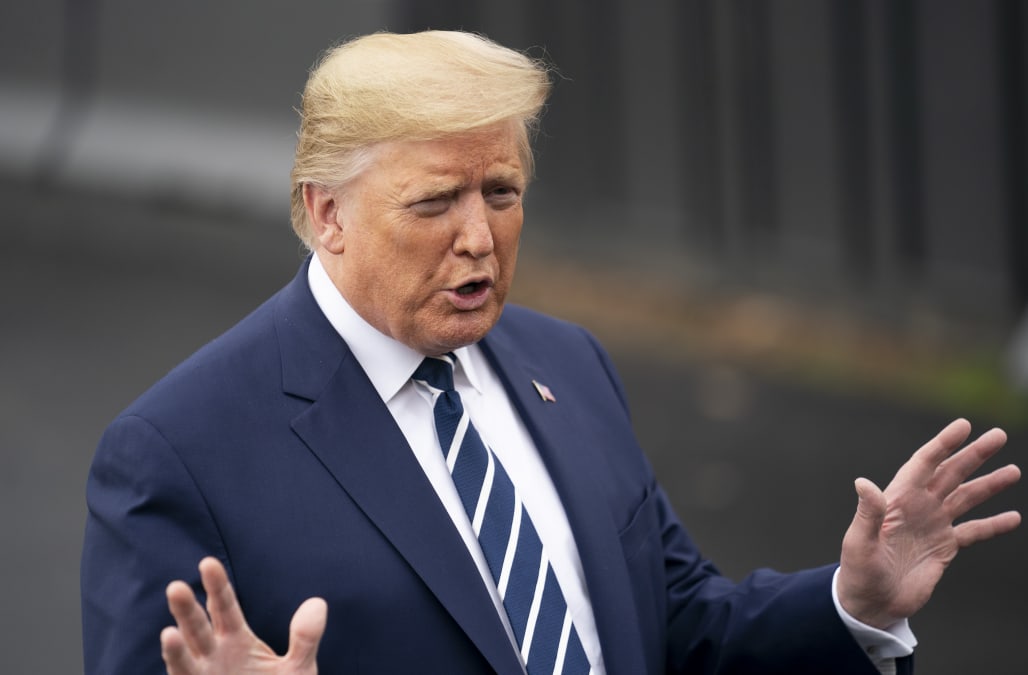 Trump revived his old frustrations about Sessions' handling of the investigation into Russian interference in the 2016 presidential election on Wednesday morning, after Sessions was forced into a runoff to reclaim his old seat.

Sessions finished slightly behind Tommy Tuberville, a former football coach. As of 7:45 a.m. ET Wednesday, with 96.93% of precincts reporting, Tuberville had 32.2% of the compared to Sessions' 31.1%, Politico reported.

The two candidates will now face off in another election, with other candidates removed, in a race to see who will get to challenge Democratic Sen. Doug Jones in the state Senate election in November.

Trump tweeted on Wednesday morning: "This is what happens to someone who loyally gets appointed Attorney General of the United States & then doesn't have the wisdom or courage to stare down & end the phony Russia Witch Hunt."

"Recuses himself on FIRST DAY in office, and the Mueller Scam begins!"

This is what happens to someone who loyally gets appointed Attorney General of the United States & then doesn’t have the wisdom or courage to stare down & end the phony Russia Witch Hunt. Recuses himself on FIRST DAY in office, and the Mueller Scam begins! https://t.co/2jGnRgOS6h

Trump's tweet suggested that the way Sessions handled the probe had harmed his electoral chances in the largely pro-Trump state.

Sessions was once one of Trump's most loyal allies — he was the first senator to endorse Trump in 2016.

But in March 2017, he recused himself from the Russia probe when it was being headed by then-FBI Director James Comey under the supervision of the Justice Department.

Sessions decision to recuse himself ultimately led to the appointment of Special Counsel Robert Mueller to oversee the investigation.

Trump later told The New York Times he never would have appointed Sessions as Attorney General had he know that Sessions would recuse himself, calling the decision "very unfair to the president."

Trump mounted several public attacks on Sessions while he was still in the role, including calling him "weak" on Twitter. Sessions has also defended his decision.

Sessions resigned as attorney general at Trump's request in November 2018.

The runoff between Sessions and Tuberville will take place on March 31, according to CBS News.