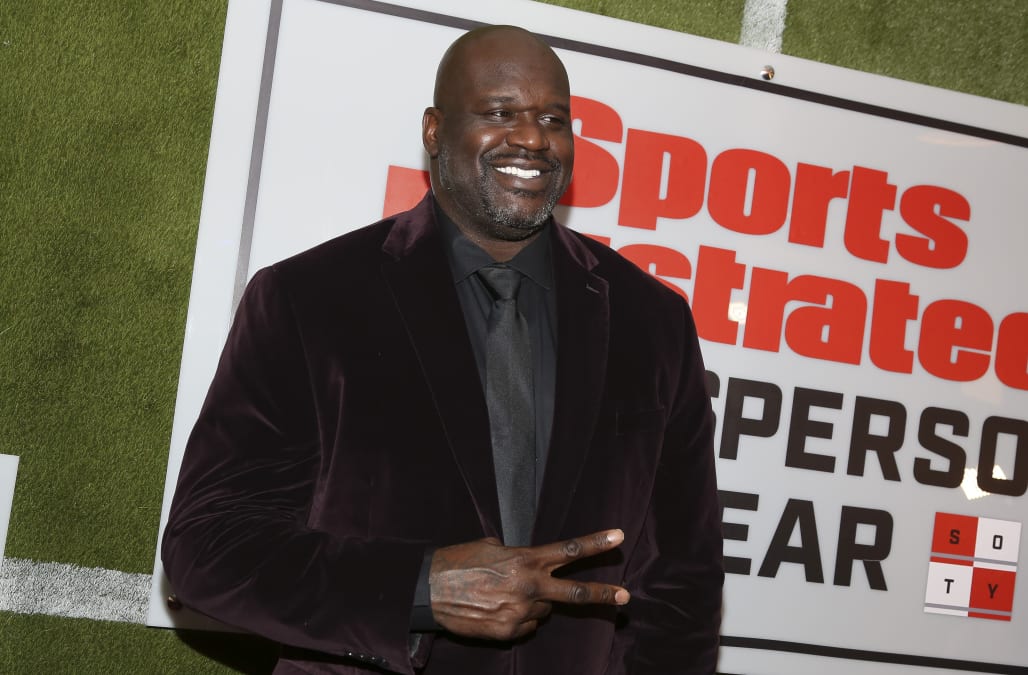 Shaquille O’Neal’s hairline has finally seen the light of day.

The typically bald NBA legend announced during Tuesday’s pregame show for NBA on TNT that he’d lost a bet to former player Dwyane Wade and, as a result, was forced to grow out his hair enough that his hairline was visible.

“Let’s just get it out of the way, America. I had a bet against one of my good friends, D. Wade,” O’Neal said, explaining that he’d bet on the Milwaukee Bucks to win against Wade’s former team, the Miami Heat, but they’d lost the game.

Unfortunately for O’Neal, Wade was not interested in a monetary prize. Instead, Wade asked that the 47-year-old uncover his hairline.

“I just lined it up for y’all, so y’all can see where my hairline starts,” O’Neal said, as the NBA on TNT panel, which included a very smug-looking Wade, burst into laughter.

In another video posted to the NBA on TNT Instagram a few hours later, O’Neal backed himself against the mockery.

Commenters were happy to take the bait.

“His hairline goes so far back that the History Channel made a show about it,” one person joked.

“No one gonna see it. They gonna have to jump,” said another.

“Shaq needs to plug back in and let his hair finish charging,” another fan wrote.

Unfortunately, it seemed his confidence did little to deter the onslaught. NBA on TNT posted an image of his forehead a few hours later with a few, er, additional edits...

More from HuffPost US:
Conservative Texas Democrat Survives Progressive Primary Challenge
Elizabeth Warren Is Looking At The 'Path Forward' After A Disappointing Super Tuesday
Kelly Clarkson Nearly Tossed By Chair On 'The Voice' And We Can't Stop Watching