Joe Burrow doesn’t want comparisons to Tom Brady, but let’s do it anyway 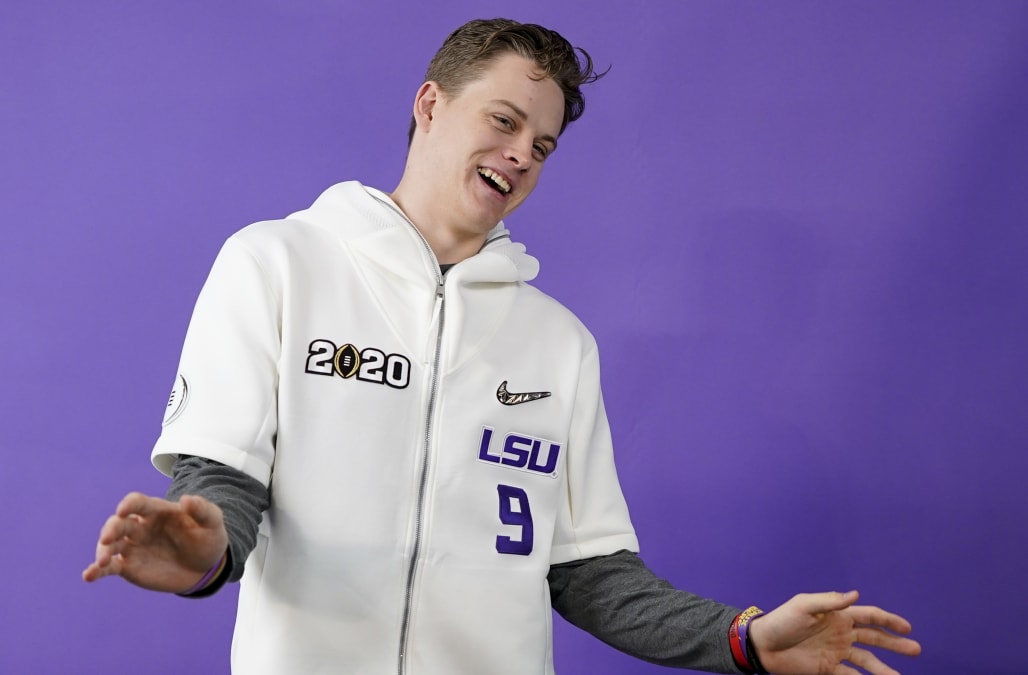 Back in the mists of sports history, before Joe Burrow or Tua Tagovailoa were even born, there was an NBA player by the name of Harold Miner. Now, Miner had skills and he had hops—the guy won the 1993 and 1995 Slam Dunk contests—but he also had one hell of a burden to carry: the nickname “Baby Jordan.”

Miner played four largely unproductive seasons in Miami and Cleveland before retiring, a victim of injuries and poor coaching decisions, but also of high expectations. You name somebody “Baby Jordan,” you expect him to average at least double figures in scoring—which Miner didn’t.

(Yes, this is a football story. We’re getting to that.)

Miner’s story is the ultimate cautionary tale when yoking young players to established icons. With exceptions so rare as to be irrelevant, no player comes into the NFL ready to compete at the level of a superstar. It’s tempting to overhype rookies by comparing them to the very best at their position, but almost every time, the shadow of the star is impossible to escape early on.

Which brings us around to putative No. 1 pick Joe Burrow, he of the Heisman Trophy and the national championship and the astounding 2019 season that will stand as one of the best in college football history. We’re out of ways to praise Burrow’s college career, so it’s time to start dishing up some praise for his pro prospects. And nobody went more all-in than NFL Network analyst Daniel Jeremiah, who compared Burrow to … yep, Tom Brady:

"When you watch these guys side by side, #TomBrady mechanically, watch what you see from Brady and tell me this does not look identically the same from #JoeBurrow. It is eerie." - @MoveTheSticks on @nflnetwork#NFLCombinepic.twitter.com/GeAr9uPWxe

When told of the comparison, Burrow backed away like he was being chased by an unimpeded linebacker. “Please don’t compare me to the best player of all time,” he said. “Let me do my own thing. Don’t do that to me, please.”

That’s the right thing to do. The proper thing to do. The cover-your-butt thing to do. If Burrow tries to revel in those comparisons, if he comes into the league expecting to part defenses like a six-time Super Bowl winner, well … there’s nothing the NFL loves more than to remind a rookie of his place.

But here’s the thing with Burrow: by any measure, he’s already well ahead of Brady’s pace. Granted, at this pre-NFL stage of his career, that’s like giving credit to a man about to fall into a raging river for still being dry.

Even so, Burrow has displayed not just a singular ability to devastate on the field, but the kind of mental toughness you don’t often see at any level. Whether he’s ahead or behind, he steps on the gas, steps on throats, whatever metaphor you want to use. Plus—and let’s hope the NFL doesn’t burn this out of him—he’s got a decent sense of humor, as he showed last week after his combine hand measurements:

Considering retirement after I was informed the football will be slipping out of my tiny hands. Please keep me in your thoughts.

In other words, he’s done everything he can up to this point to earn high-level comparisons. Whether he’s able to carry through on them is somewhat out of his control, depending on where he goes, who’s coaching him, who’s catching his passes, and who’s making sure he doesn’t end up a grease stain on stadium turf this fall.

Bottom line: we can’t start making Brady comparisons until Burrow leads the Bengals to four or five Super Bowl wins. (Stop laughing.) But even if he only brings one or two Lombardis to Cincinnati (seriously, stop it), he’ll have earned the right to get mentioned in the same sentence—well, maybe same paragraph—as the GOAT.

Based on how Burrow dominated his competition at his last gig, you can’t just dismiss out of hand the possibility that he’ll repeat that success at this level. For now, that’s enough to warrant lofty praise.

But for the love of heaven, nobody start calling him “Baby Brady.”