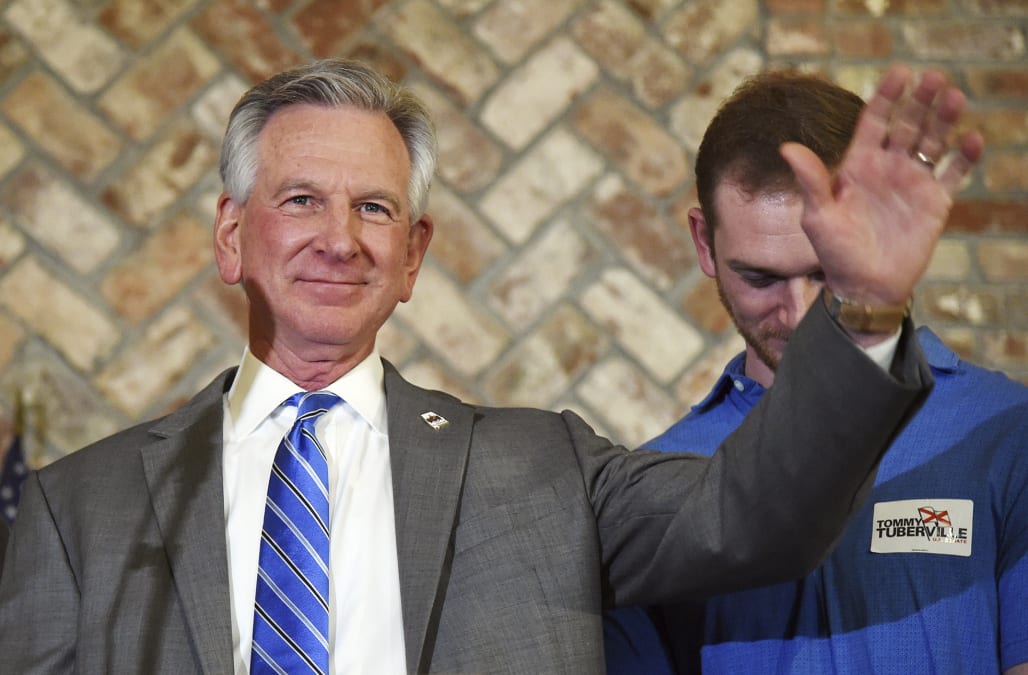 The ex-coach finished in the top two of Tuesday’s GOP primary for the nomination to the Senate, setting up a run-off on March 31. He will face Jeff Sessions, the former U.S. Attorney General who is campaigning for his old Senate seat.

AP CALLS IT. Tommy Tuberville and Jeff Sessions in a March 31 runoff for the Alabama Senate GOP nomination

Neither Tuberville nor Sessions reached the majority needed to secure the nomination on Tuesday.

Tuberville — an Arkansas native who held an 85-40 record in 10 seasons at Auburn and most recently coached at Cincinnati — has repeatedly linked his campaign to supporting President Donald Trump, and that continued on Tuesday.

#ALSEN: Tuberville speaking: "We’re going to overtime, and I know someone who knows how to win in overtime. We’re going to finish what President Trump started when he looked at Jeff Sessions from across the table and said you’re fired." #alpolitics

Tuberville has previously considered a run for governor of Alabama in 2017, but decided against it. He announced his campaign for Senate last April.

Tuberville’s campaign has not been without controversial moments in a highly combative race. That included the time he claimed there were once more illegal immigrants from the Middle East than Mexico entering the U.S., much to the shock of some of his former players:

“They told me we got more Middle Easterners coming across the border than we do Mexicans,” Tuberville told a gathering of Alabama Republicans in June. “This was before the caravans started coming. I said, ‘What are you talking about?’ He said they’re coming all over the Middle East. They’re coming across the border, and they ain’t leaving. They’re coming for a reason. Folks, they’re taking over, and if we don’t open our eyes, it is going to be over with.”