Should Trump declare a national emergency over coronavirus? 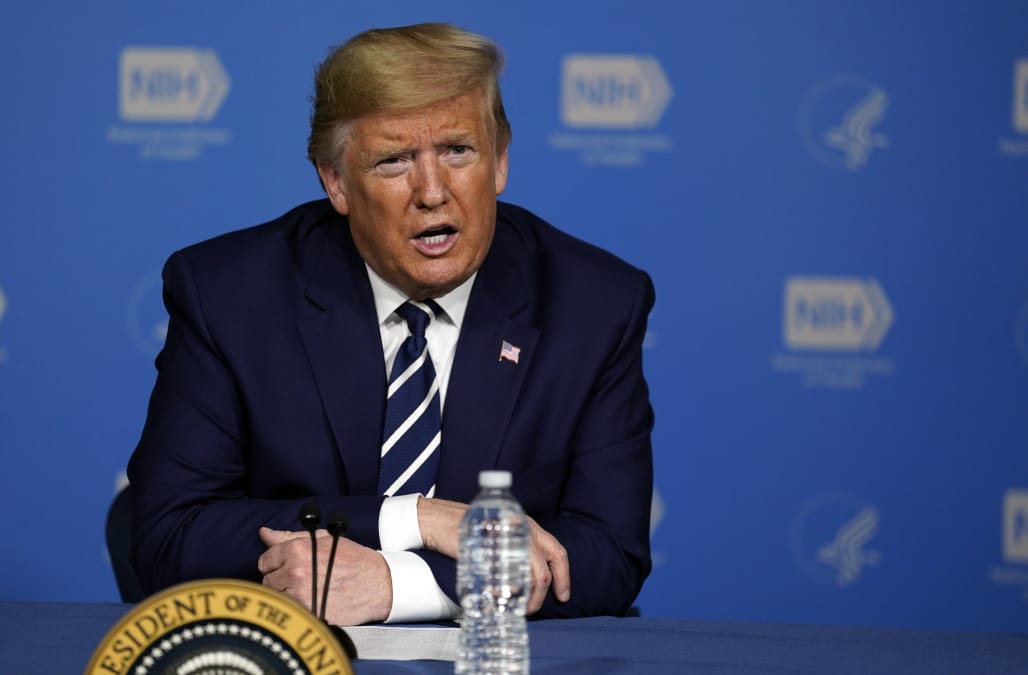 WASHINGTON — As the number of cases of coronavirus in the United States grows, President Trump could resort to declaring a national emergency. NBC News reported on Monday that the “Federal Emergency Management Agency is planning for the possibility that President Donald Trump could make an emergency declaration to bring in extra funds and personnel to assist the administration’s coronavirus response.”

Here is how a declaration of a national emergency might come about, and what it might mean.

Where does the power to declare a national emergency come from?

The National Emergencies Act, which was signed into law by President Gerald Ford in 1976. The law gives presidents broad powers to marshalfederal resources outside the normal processes of congressional oversight or federal rulemaking.

The law, explains Elizabeth Geitein of the Brennan Center for Justice, gives the president “complete discretion to issue an emergency declaration — but he must specify in the declaration which powers he intends to use, issue public updates if he decides to invoke additional powers and report to Congress on the government’s emergency-related expenditures every six months. The state of emergency expires after a year unless the president renews it.”

When have other presidents declared national emergencies in the past?

Since 1979 presidents have declared 56 states of national emergency, according to the Congressional Research Service. Perhaps the best known was by George W. Bush, three days after the Sept. 11 terrorist attacks.

Others might seem less consequential to ordinary Americans, as when, five years later, Bush ordered a national emergency to place sanctions on officials in Belarus, an Eastern European nation whose leaders were undermining the democratic process.

There are currently 33 national emergencies still in place, according to congressional researchers.

Yes. Most famously, he did so when he felt that Congress was not giving him sufficient funds to build a barrier on the border with Mexico.  The order, issued in February 2019, mandated that $3.6 billion in Pentagon funds be siphoned for wall construction.

According to documents obtained by NBC News, the emergency declaration would “bring in extra funds and personnel” and could potentially have FEMA “provide disaster medical assistance teams, mobile hospitals and military transport” to states and municipalities where the virus has taken hold.

Is a coronavirus national emergency even a good idea?

That’s difficult to say. As the coronavirus epidemic continues to spread across the United States and the world, it might be difficult for the Trump administration to justify the withholding of any resources, no matter how redundant they may seem. A former FEMA official for the Obama administration told NBC News he found the consideration “reassuring.”

But with Congress slated to approve $8 billion in funding to fight the coronavirus, is an emergency declaration necessary? Michael A. Coen, who served as the agency’s chief of staff during the Obama presidency, thinks it might be worth waiting to see how the epidemic develops.

“FEMA is already fully extended supporting Puerto Rico and other recoveries across the country,” Coen said, referencing the devastation caused on that island in 2017 by Hurricane Maria.

He also mentioned the tornado that devastated parts of Tennessee on Monday night as an example of where FEMA should be focusing its resources.

“I think it’s a good idea for the administration to be considering it,” Coen said of a coronavirus national emergency, before adding that such a declaration “probably isn’t something that’s warranted” just yet.

Would a national emergency be tantamount to a quarantine?

No. The federal government does have quarantine powers, but those come from the Public Health Service Act. That law says that the secretary of the Health and Human Services Department, or HHS, can enact a quarantine “to prevent the introduction, transmission, or spread of communicable diseases from foreign countries into the States or possessions, or from one State or possession into any other State or possession.”

But those powers differ from the presidential powers of a national emergency, which have more to do with funding and resource allocation. And, in any case, public health officials have not said that any kind of quarantine is necessary in the United States, though they have asked people to stay home if they are feeling ill.

What does FEMA say?

A spokesperson for FEMA told Yahoo News that at the present moment, “FEMA is not preparing an emergency declaration in addition to the HHS public health emergency. HHS is the lead agency on the federal government’s response to the coronavirus.”

What could potentially be more effective in combating the coronavirus than the president declaring a national emergency?

More from Yahoo News:
Super Tuesday: Live updates and results
Should Trump declare a national emergency over the coronavirus outbreak?
Amid coronavirus panic, how one European city is trying to keep from scaring off tourists