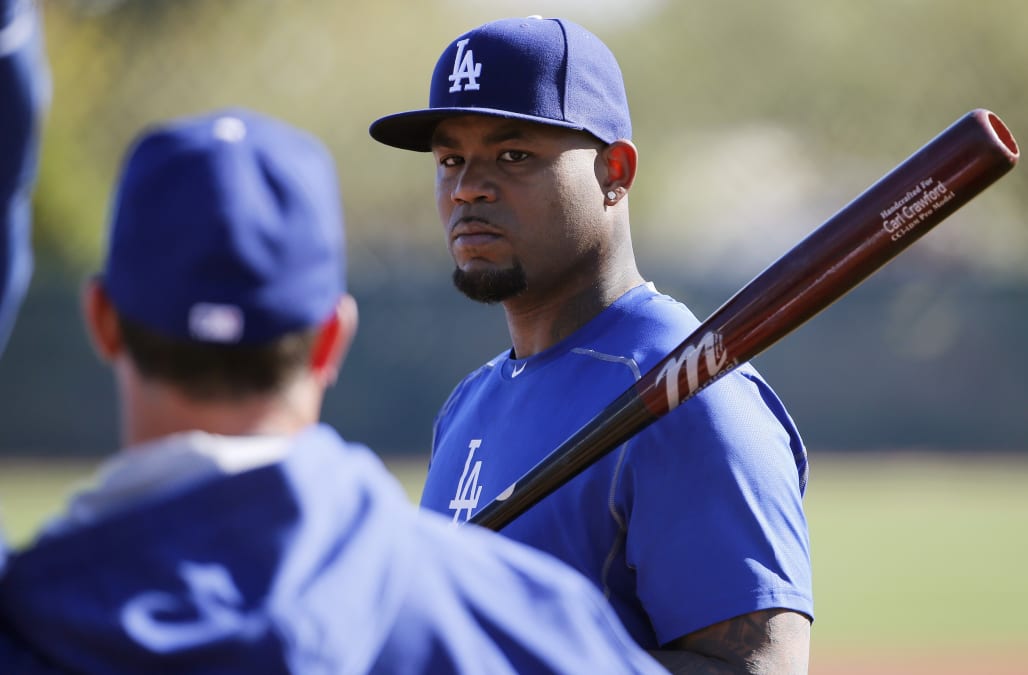 Life after baseball for ex-Tampa Bay Rays and Los Angeles Dodgers star Carl Crawford hasn’t been like most former MLB players. Not too long ago, he split up with his reality show-star wife Evelyn Lozada and now he’s being sued by one of hip-hop’s biggest stars.

Part of Crawford’s retirement was starting 1501 Certified Entertainment, a rap label in his hometown of Houston. He signed an up-and-coming rapper named Megan Thee Stallion five years ago and now he’s in the middle of a hot girl lawsuit.

Megan, of course, has blown up and is one of the hottest female rappers around. Her “Hot Girl Summer” song turned into both a hit and a meme. Now she’s suing Crawford for more than a million dollars as she feuds with his label in an effort to release new music.

TMZ has the details on the lawsuit and the recording deal at the bottom of it:

Meg went on the offensive by filing suit Monday against 1501 Certified Entertainment and its honcho, Carl Crawford. As you know, she's pissed about the contract she signed with the label back when she was 20, and claims it's now blocking her from releasing new music because she wants to renegotiate.

A district judge in Harris County Texas granted Megan a temporary restraining order which prevents her label from blocking the music she plans to drop on Friday.

In the suit, Megan lays out the most outrageous terms of her contract, at least in her eyes. For instance, she claims the deal calls for 1501 Certified to get 60% of her recording income. The remaining 40% goes to her, but she has to use that to pay engineers, mixers and featured artists who work on the songs.

According to the suit, the contract calls for all money from Megan's touring and live performances to be paid directly to 1501 Certified. She says the label is supposed to give her a proper accounting of what she's owed -- but claims what they've provided is incomplete, and "purposefully and deceptively vague."

Meg’s success has aligned her with music industry heavy hitters like Lyor Cohen’s 300 Entertainment and Jay-Z’s Roc Nation, but she has to pay a cut of everything to Crawford and his label because of her original deal. She said on social media over the weekend that she wanted to renegotiate her deal with the label, but that’s when things went sideways and, she says, 1501 Certified Entertainment tried to block her from releasing new music.

We’ll say this: Crawford knows a thing or two about milking contracts for all they’re worth. He signed a seven-year, $142 million contract with the Boston Red Sox before the 2011 season. He never played a full season on the deal because of injuries but collected all that money.

He was traded to the Los Angeles Dodgers, who eventually released him in 2016 after he played just 30 games. In 2017, he was paid his full $21.8 million salary and wasn’t even on the team.

In other words, he probably has enough money to see Megan in court.