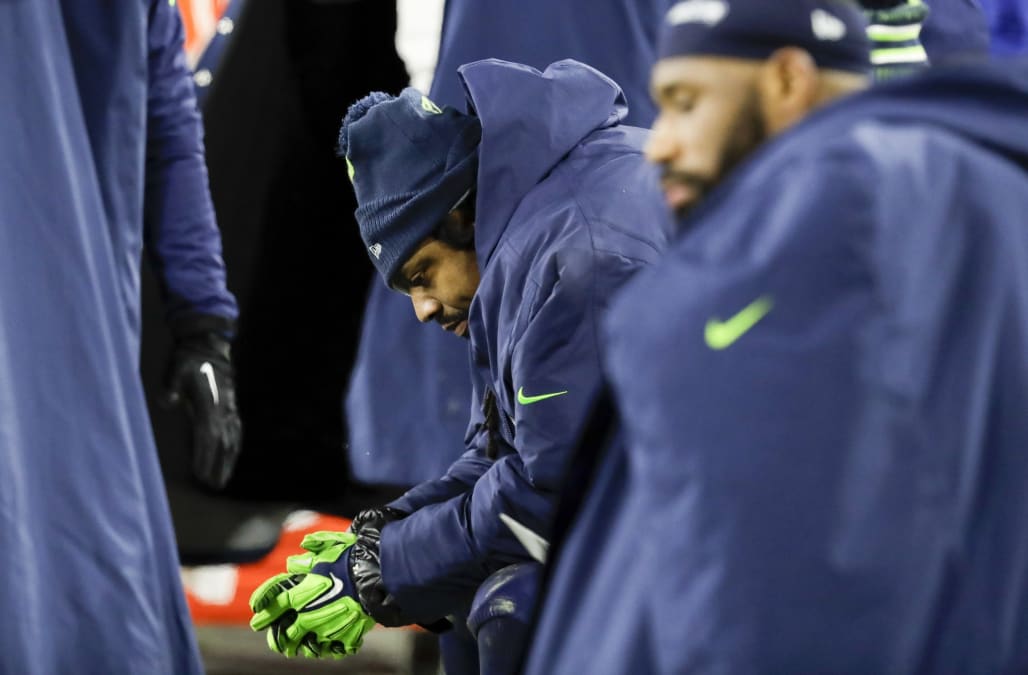 A group of Princeton seniors wrote an open letter in the student newspaper criticizing the selection process that resulted in the Seattle Seahawks’ Marshawn Lynch as “Class Day” speaker.

Princeton announced Lynch as the Class Day speaker a week ago. The day is organized by members of the senior class and includes remarks by seniors, recognition of class members for contributions and the induction of honorary class members.

The op-ed was published two days later in The Daily Princetonian and asks for more transparency in the speaker selection.

The group of students who penned the op-ed — some of whom were named while others stayed anonymous — said they were disappointed to see Lynch as the speaker “mainly because we did not feel included in the process by which this speaker was nominated and finally selected.”

The students took particular issue with the idea he was selected to represent the student body.

However, saying that Lynch has “unapologetically embodied and advocated for our own identities and values” (as stated in the University’s official Instagram post) without officially consulting us, the Princeton community, is paradoxical and thus questionable.

“We wanted a Class Day speaker who unapologetically embodied and advocated for our own identities and values.”⁣ ⁣ @NFL running back, social activist and #firstgen student athlete Marshawn Lynch (@beastmode) has been picked to address the senior class on Monday, June 1. 🏈 #Princetagram

The op-ed asked for more transparency in choosing the speaker as there is feedback for other Class Day aspects, such as the “Class Day jacket.”

The letter mostly stays away from criticizing Lynch himself, instead remarking that former speakers have been alumna or related to the school in some way. But the students did comment on Lynch’s occasionally acrimonious relationship with the media.

After some research to “learn more about his identity and relevance to our Class Day ceremony,” the students noted that Lynch was fined $50,000 and $100,000 in the 2013-14 seasons for refusing the speak to the media. And he infamously answered questions at 2015 Super Bowl media day with variations of “I’m just here so I won’t get fined.”

The students argued it caused confusion of the “set of criteria that led to his nomination.”

Lynch chosen for living out values

The three co-chairs said they chose Lynch for his community work and on-field success. He is also a man who has moved beyond rhetoric and “actively integrates values into their practice.”

Lynch, who won a Super Bowl with the Seahawks and returned to Seattle for a playoff run last year, helps run the Fam1st Family Foundation in Oakland, where he grew up. He’s had a 12-year NFL career that’s included two retirements and students said his personal story is important.

“Being a first-generation, low-income student was the source of my greatest challenges and successes at Princeton, and it’s an identity I can’t imagine disappears after graduating,” senior co-chair Jaylin Lugardo said in the announcement. “So, I’m grateful to have Marshawn Lynch, having completed his journey as a first-gen student-athlete at [Berkeley], speaking at Class Day.”

Lynch attended the University of California, Berkeley, and has been involved in outreach programs that involve football clinics overseas. In 2018, he launched a program to give smartphones and cell services to those facing homelessness.