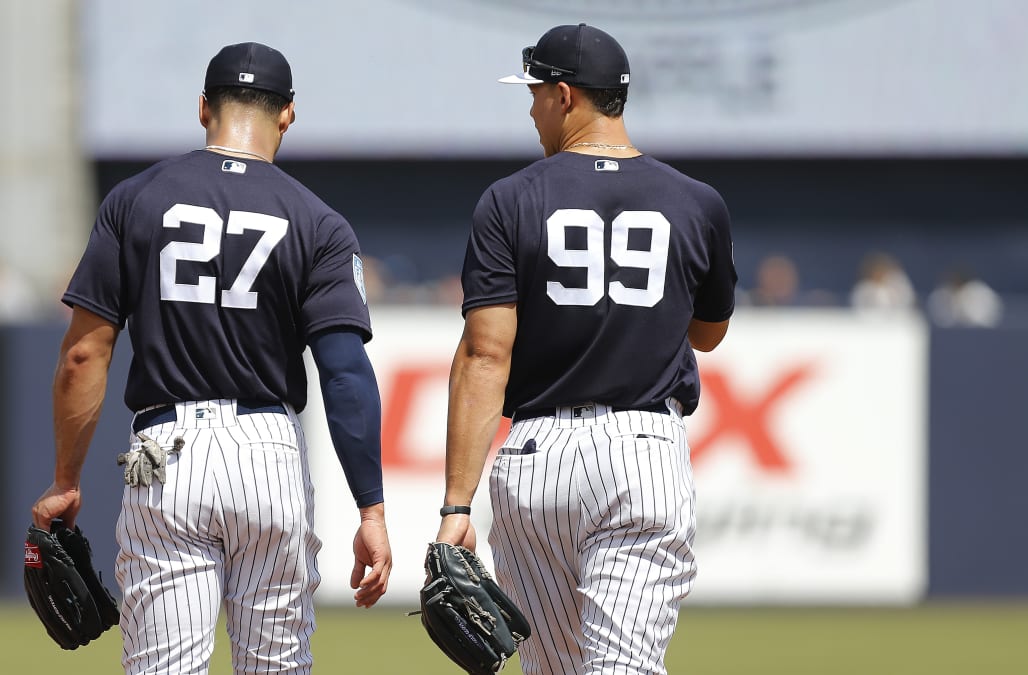 Speaking to reporters at Yankees' spring training in Tampa, Fla., Cashman said Judge was undergoing tests on his pectoral area after originally being sidelined by a sore right shoulder.

"I don't see it right now," Cashman said of Judge being ready for Opening Day. "It's more likely than not, I don't see him ready by Opening Day because of the timeframe. We have three and a half weeks and just the healing and then having a spring training."

SEE ALSO: Heckling fans appear to get under Astros' skin and it's not even the regular season yet

As for Stanton, he's recuperating from a Grade 1 right calf strain that he suffered last week.

"I'd say it's unrealistic personally, to have him for Opening Day ..." Cashman said. "Obviously, we got to get the healing component done for a grade one strain and then rehab him. ... I think we'd rather be safe than sorry. So my gut would be he wouldn't be ready by Opening Day.

"That doesn't mean I'm right, but I would say it's better to assume he won't be ready, but he will be in theory ready in April at some point," Cashman said.

The Yankees open the season on March 26 in Baltimore against the Orioles.

New York was looking forward to a full season with their standout outfielders, both of whom were limited by injuries in 2019.

Stanton, 30, is a four-time All-Star and was the National League MVP in 2017 with the Miami Marlins.

Judge, the 2017 American League Rookie of the Year, missed 60 games last season because of a shoulder injury and an oblique strain. He hit .272 with 18 doubles, 27 home runs and 55 RBIs.

More from Aol.com:
Rays OF Whitley suffers facial fractures from foul ball
David Price loves the relaxed media atmosphere in L.A.: 'Such a big difference from Boston to here'
Anthony Rizzo can't resist shot at Astros while guessing pitches mic'd up on ESPN