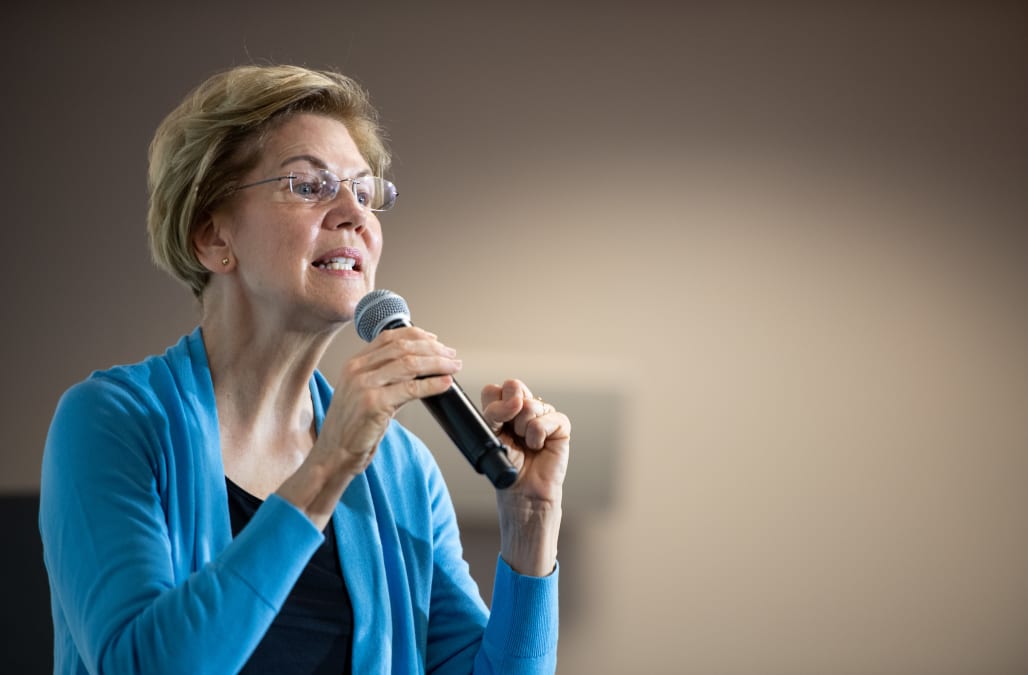 Sen. Elizabeth Warren (D-Mass.) on Monday made it clear what she really thinks of her Democratic 2020 rival Michael Bloomberg.

“It seems like you don’t like him that much?” Warren was asked by late night TV comedian Jimmy Kimmel.

Then came the zinger:

But it’s not personal. It’s just everything about him.

Look, here is this guy who makes a bazillion dollars and says, ‘Well that must mean that he’s qualified to be president of the United States.’ And then thinks he can run for president when he’s got a record of embracing racist policies, when he hides his taxes. Does any of this sound familiar?

Kimmel likened it to a Comedy Central-style roast, asking Warren if she’d been tempted to play a bit nicer, given how Bloomberg may end up donating to the eventual nominee’s campaign if he doesn’t secure it himself.

“No,” she replied, later describing the potential sway that billionaires hold over the political process as “really scary.”

“He spent somewhere approaching a half a billion dollars to buy his way onto that debate stage,” Warren explained. “But it raises this fundamental question, are we going to be a Democratic Party where the only way you get to be the nominee is you either are a billionaire or you go spend 70% of your time sucking up to the billionaires?”

Check out the full interview here: