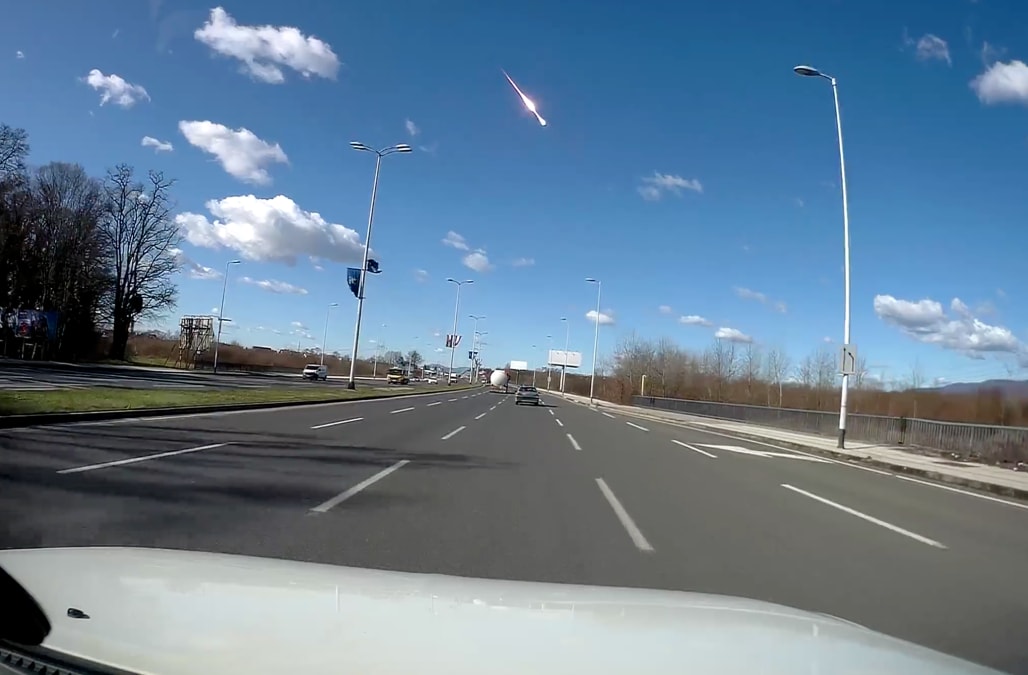 A driver unknowingly captured footage on his dashcam of a meteor shooting over Zagreb, Croatia, in broad daylight. “I didn’t even know I was shooting a meteorite. ... It seemed to me that I was seeing a bird fly over ... but then I looked at the recordings from the dashcam,” said the driver.

See the stunning footage above.