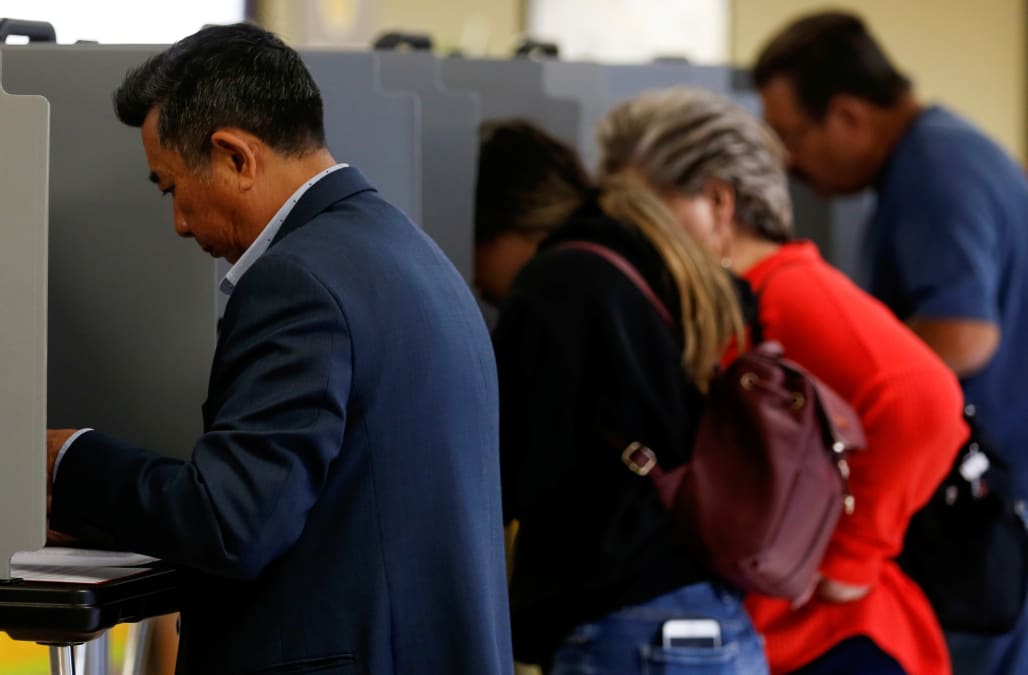 The single largest day of voting in the 2020 presidential primary has arrived: Super Tuesday. Fourteen states including California and Texas, as well as American Samoa and Democrats abroad, will cast ballots on March 3, a day that will likely play a big role in shaping the race for the Democratic nomination.

Super Tuesday has already had a lasting impact on the primary race; in the last three days, California billionaire Tom Steyer, former South Bend, Indiana, Mayor Pete Buttigieg, and Sen. Amy Klobuchar (D-Minn.) all dropped out of the race in what looks like a consolidation of the more moderate wing of the Democratic Party behind former Vice President Joe Biden. Klobuchar endorsed Biden on Monday night.

There’s a lot at stake Tuesday; Sanders is currently winning the delegate race and looks poised to perform well in the biggest contests on Tuesday, but Biden had a blowout win in South Carolina over the weekend. Bloomberg, who didn’t compete in any of the first four contests, has anchored his entire election strategy on performing well on Super Tuesday.

Super Tuesday could render someone like Sanders unstoppable, or further complicate the future of the Democratic nomination process. Here are five things we know going into March 3.

The delegate math looks good, not great, for Sanders. 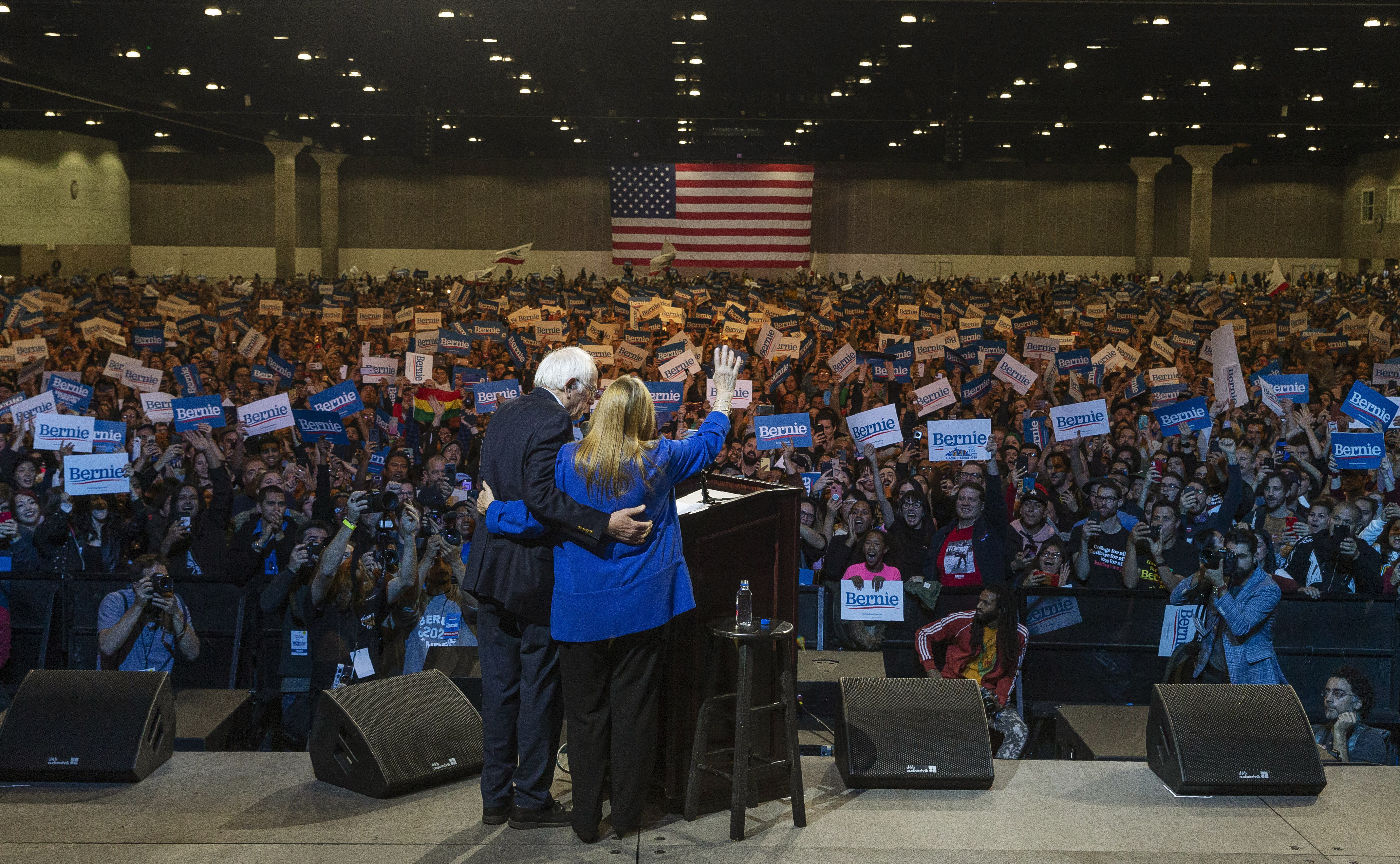 To become the nominee, one of the Democratic candidates will have to win at least 1,991 out of 3,979 total pledged delegates. So far, less than 4% of the delegates have been allocated in the Democratic primary, with Sanders in a modest lead.

That all changes Tuesday, when 1,357 delegates are up for grabs.

The polls look favorable to Sanders going into Super Tuesday. The Vermont senator has a 16 percentage point lead in California, according to the Real Clear Politics polling average, and in Texas, he has a 6-point lead. He’s been leading the field in Virginia, Colorado and North Carolina as well, and with Klobuchar out, has a good chance of winning Minnesota. He has even polled in a dead heat with Warren in her home state of Massachusetts.

On Sunday morning, after losing to Biden in South Carolina, Sanders’ campaign announced it had raised $46.5 million in February, a massive war chest to help it compete going forward.

It’s very possible Sanders comes out of Super Tuesday hundreds of delegates ahead of the rest of the field, with the money to finance a big campaign presence in the upcoming races.

But Democrats allocate all of their delegates proportionally. Candidates need to surpass a 15% threshold of support to be eligible for delegates. That means formidable performances from other candidates could tamp down on Sanders’ hopes of leaving the Super Tuesday contests with a clear path to the nomination.

But so far, candidates like Biden and Bloomberg look like they are at risk of falling below that 15% threshold in states like California. A sweeping victory there would give Sanders a massive advantage that will be hard to catch up to. If the polls hold up, it’s looking good for him either way.

Biden is relying on his win in South Carolina.

Biden promised to win South Carolina’s primary, and he delivered. On Saturday, he won more than 48% of the vote in the Democratic primary. Sanders, the runner-up, got 19% of the vote. It was the inverse of the results in Nevada, where Sanders won more than 46% and Biden came in with 20% of the vote total.

After a disappointing showing in Iowa, New Hampshire and Nevada, Biden said South Carolina would reignite his campaign in the Super Tuesday states, particularly in the South, where his popularity among Black voters could prove important.

Going into Super Tuesday, it’s clear that Biden’s South Carolina win has already had an effect on other Democrats: Steyer dropped out, then Buttigieg, then Klobuchar. Hours after winning South Carolina, Biden’s campaign started rolling out important endorsements, including from Klobuchar, former Senate Majority Leader Harry Reid, Virginia Rep. Bobby Scott (D-Va.), who wields influence among Black voters in Virginia, and other California, Illinois, Florida, North Carolina and Texas electeds. In one weekend, the campaign raised more than $10 million — its biggest single-day fundraising haul in the entire cycle.

That said, Biden is facing some challenges on Super Tuesday. Bloomberg has been pouring hundreds of millions of dollars into these states, campaigning on a moderate message similar to Biden’s. The former New York City mayor has reportedly shelled out $217 million on broadcast, cable, digital, radio and satellite ads in Super Tuesday states. Biden had invested $1.32 million by the end of the weekend.

The question is: Is the momentum from a big win in South Carolina enough to convince Super Tuesday states to vote for the former vice president, or will he be out-campaigned in those states?

Bloomberg’s money will finally be put to the test. 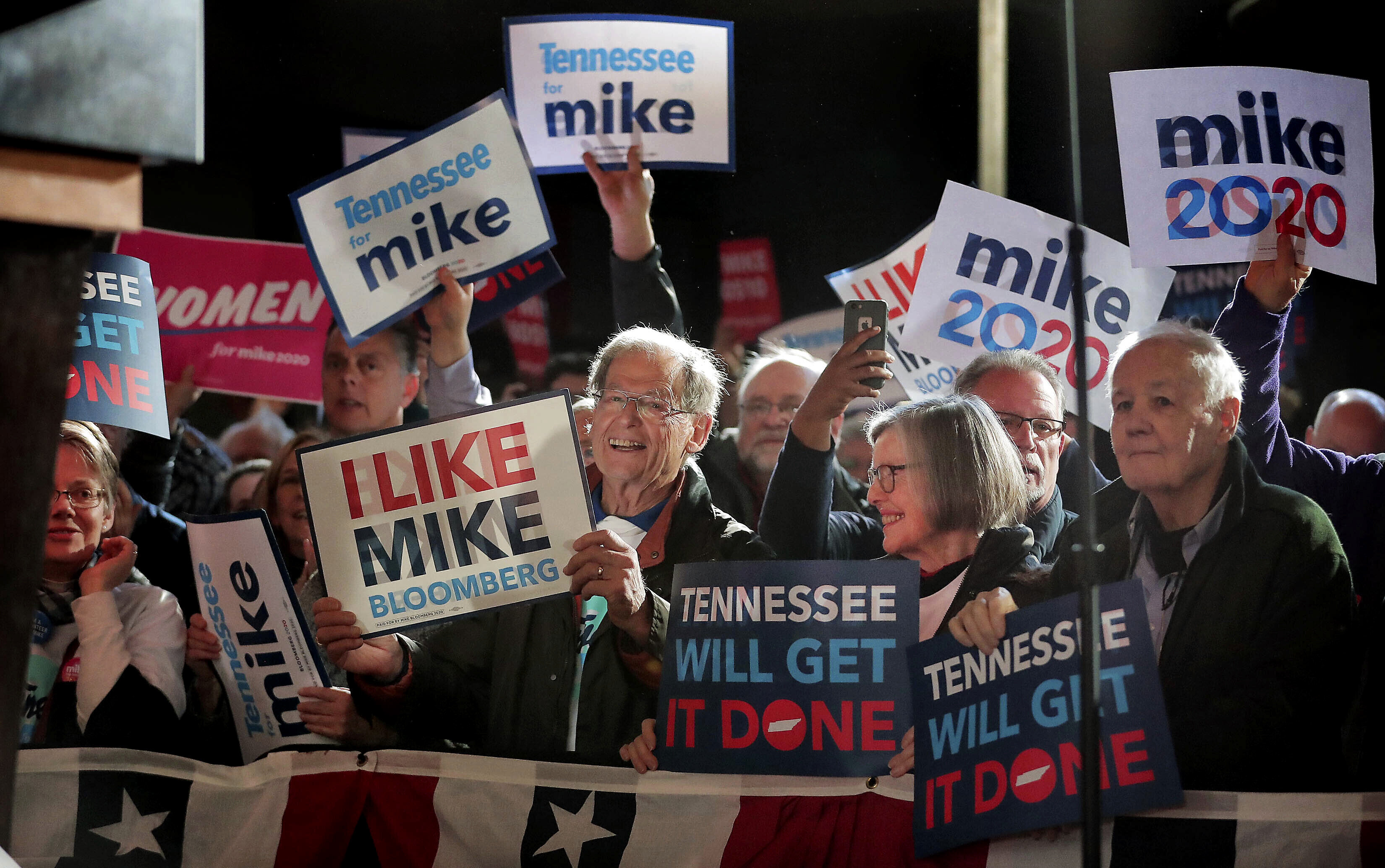 There’s been a lot of talk about Bloomberg. But the former New York City mayor hasn’t actually been poll-tested in the 2020 primary race. He decided to strategically skip the first four contests in the Democratic presidential nominating process and instead put his focus on Super Tuesday, knowing that was when a bigger share of the delegates in the primary would be decided.

So instead of campaigning in Iowa, New Hampshire, Nevada and South Carolina, Bloomberg’s been pouring money into Super Tuesday states — so much money.

His campaign, which the billionaire is self-funding, reported spending $409 million as of Jan. 31, per the last round of financial disclosures. No other candidate still in the Democratic race comes remotely close to that number.

Arguably, Bloomberg’s only test on a national stage so far has been his debate performances, and those haven’t been great. He qualified for the debates in Nevada and South Carolina — states he hadn’t filed early enough to compete in — and Warren and others dragged him onstage. His rivals hit him for his record expanding stop and frisk in New York City, his derogatory comments toward women, nondisclosure agreements with women alleging misconduct or gender discrimination at his companies, and his previous support of Republican politicians like former President George W. Bush.

All that seems to have had some effect on Bloomberg’s numbers in the polls, stalling what looked like a clear rise in Super Tuesday states in early February. Now, Bloomberg’s money gets put to the test.

Warren hasn’t performed well so far. The Massachusetts senator came in third in Iowa, fourth in New Hampshire and Nevada and fifth in South Carolina after struggling to gain traction with voters of color. Going into Super Tuesday, she has eight delegates to her name — one more than Klobuchar, who dropped out of the race on Monday.

Super Tuesday is crucial for the Warren campaign. She needs to win delegates on March 3 — and win a good number of them. The campaign is acting optimistically.

“Our internal projections continue to show Elizabeth winning delegates in nearly every state in play on Super Tuesday, and in a strong position to earn a sizable delegate haul coming out of the night,” Warren’s campaign manager Roger Lau wrote in a memo to supporters Sunday.

And there are some bright spots for the senator — particularly in California, where the most recent poll from the Los Angeles Times and the University of California Berkeley Institute showed Sanders and Warren as the only two candidates eligible for delegates in the state. Still, Sanders held a 2-to-1 lead in that poll. Warren could benefit from Buttigieg and Klobuchar dropping out, as their supporters often overlapped in earlier states.

The Wisconsin primary is halftime, and the convention in Milwaukee is the final play.Roger Lau, Sen. Elizabeth Warren presidential campaign manager

But there’s also the chance that Sanders could beat Warren in her home state, where he has held a lead in some polls and tied with Warren in others. Sanders is making a play in Massachusetts, holding a big rally in Boston over the weekend.

Since the start of the voting process, the Warren campaign has telegraphed that it’s in this race for the long haul.

Lau was even more explicit after Warren’s loss in South Carolina.

“The Wisconsin primary is halftime, and the convention in Milwaukee is the final play,” he wrote, insinuating that Warren plans on staying in this race until the bitter end. The campaign said it had raised $29 million in the month of February.

Sanders’ campaign says it has built a multiracial coalition. Super Tuesday will be a big test of that claim.

It’s clear Sanders has had an advantage with Latino voters so far. His campaign won the precincts in Iowa that have Latino voters, and Sanders trounced his competition in Nevada with a very organized outreach program to Latinos, who make up 30% of the state’s population.

That appears to be buoying Sanders’ rise in California and Texas. In Texas, his support from Latino Democrats and independents is more than double Biden’s, according to a University of Texas at Tyler and Dallas Morning News poll conducted in late February. It will be interesting to see if that holds up and whether it extends to states like Colorado, where Sanders has also been leading, and even parts of states like Arkansas.

That said, Sanders’ relationship with Black voters seems a little bit more complicated. In the 2016 election cycle, he struggled to mobilize Black voters, a weakness that ultimately cost him the primary. His campaign has invested in more outreach with Black voters overall. But even with that organizational work, the Sanders campaign struggled to draw diverse crowds in South Carolina; exit polls had Biden winning 61% of Black voters and Sanders winning 17%, only a modest improvement over his 2016 performance in the state.

It’s not yet clear whether his struggles in South Carolina will hold true in other Southern states. A diverse slate of states are voting Tuesday, and Black voters are not a monolithic block. So far, the field looks more split between Biden, Sanders and Bloomberg.