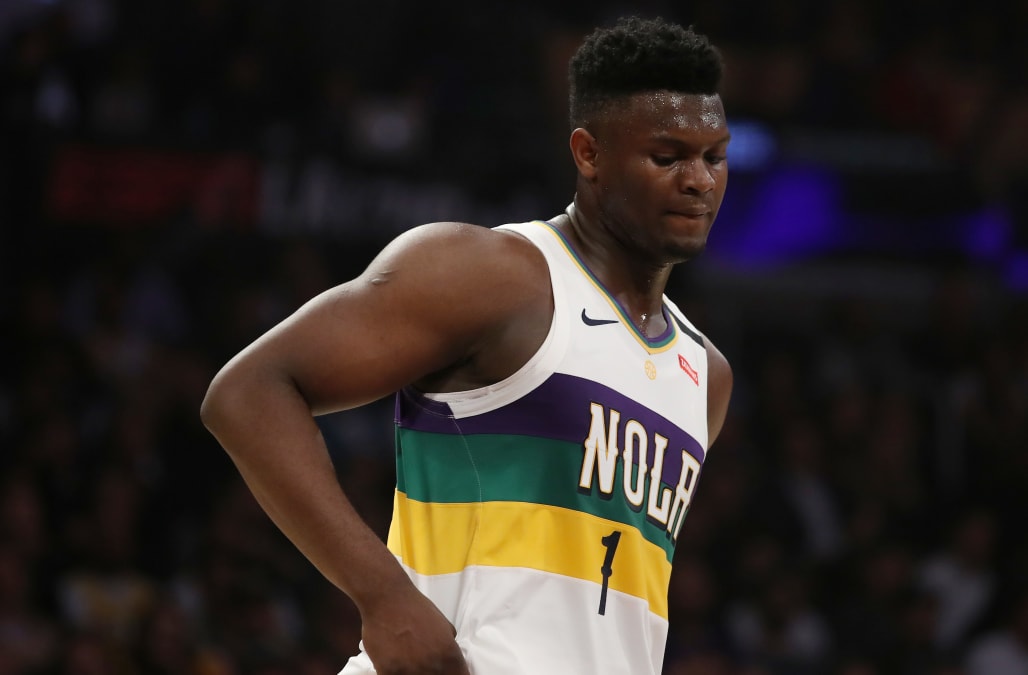 Jersey swaps have become a sign of mutual admiration and respect among athletes.

So what does it mean when an exchange is one-sided?

Zion Williamson and JaVale McGee have left us to ponder that question.

For the second time in a week, Williamson and LeBron James put on a show in what ended up another Los Angeles Lakers win over the New Orleans Pelicans on Sunday.

After the final horn, James and Williamson shared a moment that had the basketball world wondering what exactly James had to say to the Pelicans’ rookie phenom.

The King had a message postgame for Zion 🤝 pic.twitter.com/i3dV2SNTan

He hooked up with Lakers center JaVale McGee before leaving the court.

He gave McGee his game jersey and a hug. Then he walked away. Empty-handed.

-probably Zion after giving his jersey to JaVale McGee

Now there’s no outward disrespect happening in this exchange. McGee appeared happy to receive Williamson’s jersey and made no effort to give him his own in return. Williamson, in turn, simply walked to the locker room.

Did McGee reach the likely accurate conclusion that Williamson doesn’t have much use for his jersey? Because, honestly, what would Williamson do with an authentic regular-season game-worn JaVale McGee jersey?

Did he simply not even think to give him his jersey because he’s new at this whole jersey-swapping thing?

Who knows? It just adds up to another joke on JaVale, whose frequent “Shaqtin’ a Fool” appearances on TNT became a source of tension.

The interaction also begs the question: What do players do with all these jerseys anyway? Exchanges among stars after meaningful playoff games or ends of careers are one thing.

Regular-season exchanges involving backup centers are another. If McGale had given Williamson his jersey, there’s no way it was going to end up hanging on his wall.