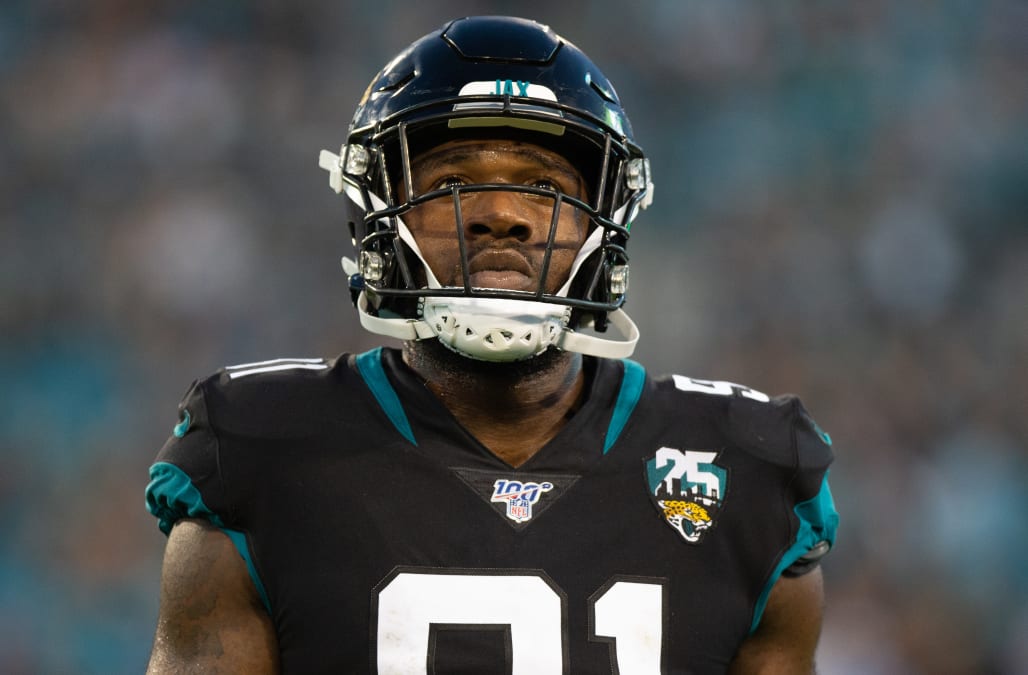 Nothing like a good franchise tag standoff on a Monday morning.

Before most folks in Jacksonville had even gotten their week going, there was a battle between the Jacksonville Jaguars and one of its best players. Defensive end Yannick Ngakoue does not want to sign a long-term deal with the Jaguars. He said so on Twitter.

Then just three minutes later, a report said the Jaguars would franchise tag him.

Ngakoue, a premier pass rusher who is just 24 years old, said goodbye to the Jaguars fans on Monday morning. But that wasn’t the end of the story.

The Jaguars are aware I no longer have interest in signing a long term contract in Jacksonville. Duval, I love you and gave you guys everything I got. I’m thankful for the journey and look forward to continuing my career elsewhere. -91

And then, three minutes later, there was a wonderfully timed tweet from ESPN’s Adam Schefter.

Jacksonville Jaguars will use their franchise tag on pass-rusher Yannick Ngakoue, per league sources. The tag will allow them to try to trade him if that’s what they decide or are forced to do.

It’s going to be a fun March in the NFL.

Jaguars don’t have much cap space

Franchise tagging Ngakoue with hopes of trading him later, or figuring out a long-term deal, will be brutal for the Jaguars as they enter free agency.

The tag comes with a $19.3 million salary over one year, Schefter pointed out. The Jaguars have $21.4 million in effective cap space according to OverTheCap.com, which is in the bottom 10 of the league. The Jaguars can always get creative and clear some space, but if they tag the unhappy Ngakoue as they threatened through Schefter’s report, that’s basically the bulk of their free agency. And Ngakoue, who has 37.5 career sacks and would be one of the most coveted pass rushers in free agency, won’t be thrilled that he can’t test the open market.

Hope your Monday started better than it did for the Jaguars brass or their young defensive end.