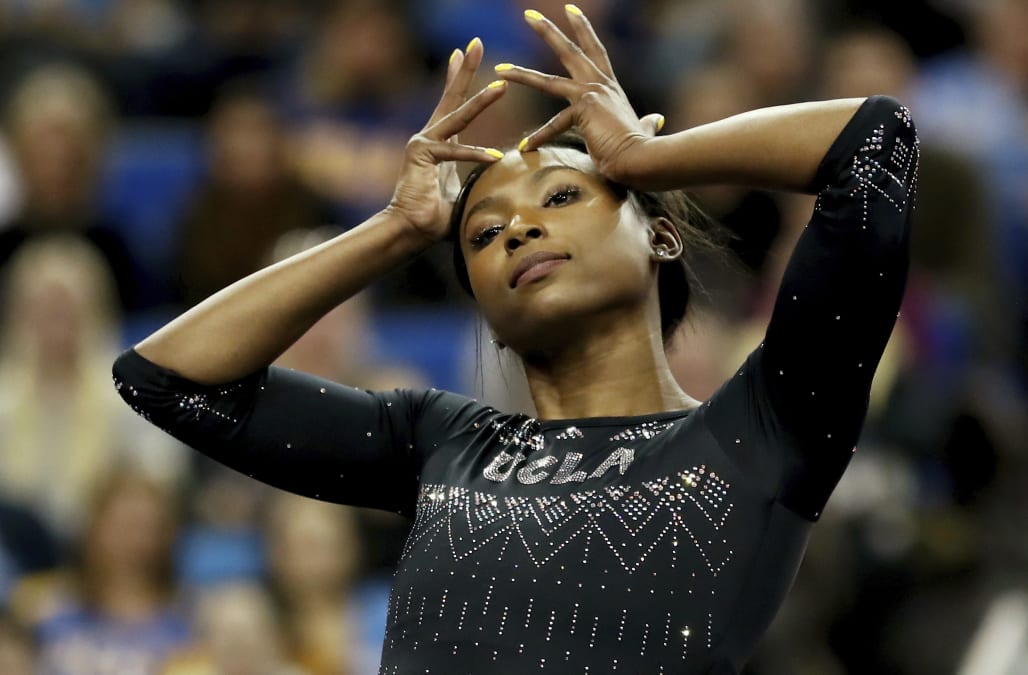 Just over a year after UCLA gymnastics made headlines thanks to Katelyn Ohashi's viral routine, a Beyoncé-inspired performance by junior Nia Dennis has put the program is back in the spotlight.

On Thursday, the UCLA gymnastics Twitter account tweeted out a clip of Dennis's routine from a competition last weekend that has since racked up over 9 million views. The floor choreography was set to a medley of Beyoncé's biggest hits, including "Crazy in Love" and a throwback to Destiny's Child's "Lose My Breath."

The 21-year-old punctuated her nearly perfect performance by mimicking the placing of a crown atop her head, a fitting homage to Queen Bey.

A homecoming performance that would make @Beyonce proud! @DennisNia made us lose our breath with her 9.975 on floor exercise last weekend in Pauley.

Who else is crazy in love with her routine? 😍 pic.twitter.com/XE4VvTrZOK

UCLA tweeted that Dennis earned a 9.975 for the powerful routine. Her teammate, senior Grace Glenn, made history of her own with a perfect 10 on beam, which had never before been accomplished by an NCAA gymnast in the beam's leadoff position.

Dennis posted a shout-out to her teammates on Instagram back in January, saying she "wouldn't want any other group of women" behind her. On Monday, she posted a photo of herself and Glenn embracing that was seemingly taken after their historic routines last weekend.