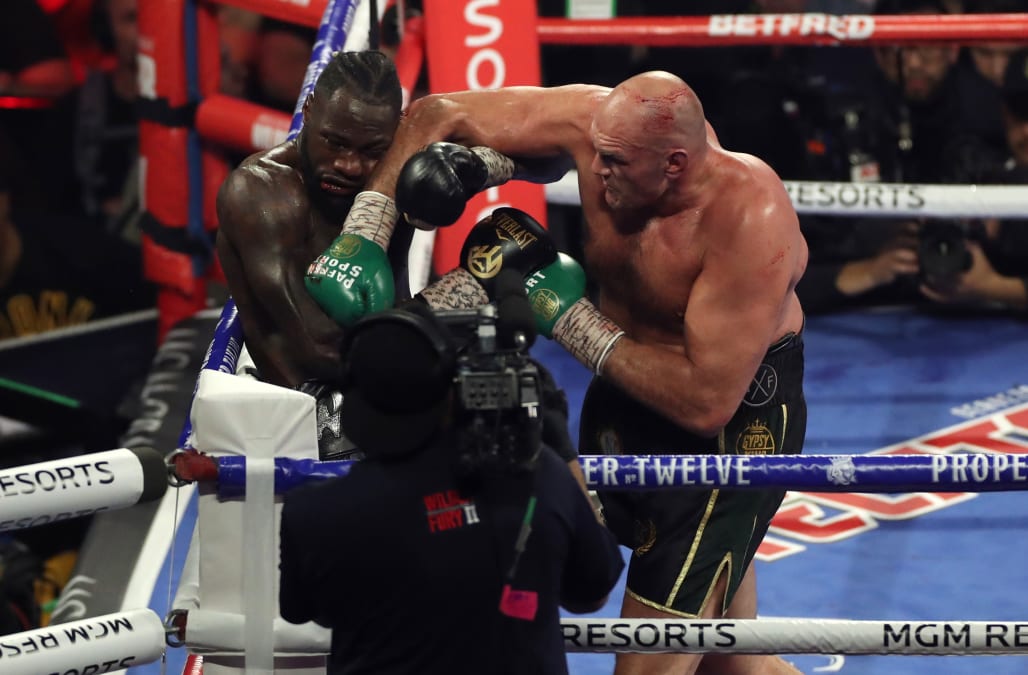 The trilogy fight between Tyson Fury and Deontay Wilder has a date.

The two heavyweights will meet at the MGM Grand in Las Vegas on July 18, Top Rank’s Bob Arum told the Los Angeles Times. The fight will occur just five months after Fury’s dominant win over Wilder.

“We received a letter from Wilder’s team on Friday night, and we agreed with the networks and the hotel that July 18 was the optimal date,” Arum told The Times. “We had a seamless promotion last time with Al Haymon, PBC [Premier Boxing Champions] and Fox. We look forward to working with them again.”

Wilder quickly exercised the rematch clause in his contract after falling to Fury via seventh-round TKO.

Will Wilder do any better against Fury?

While he provided little reason in the ring to believe another fight would go any better for him, he would later tell Yahoo Sports’ Kevin Iole after the match that his ring walk costume — a 40-pound, light-up suit of armor — deadened his legs as he entered the fight.

It then stands to reason that simply approaching the ring while not wearing a 40-pound suit of armor might help Wilder do better for the third fight, but few are likely to be swayed by that post-match excuse.

Wilder and Fury’s first fight also appeared to skew Fury, until Wilder scored a dramatic knockdown in the 12th round that ended the fight as a draw. Of course, Wilder’s right hand is known for ending many fights that aren’t going his way, though it hardly showed against Fury last week.

If Fury triumphs once again in July, next up will likely be a heavyweight unification bout against WBA (Super), IBF, WBO, and IBO champ Anthony Joshua. If Wilder wins, it could very well be him finally facing Joshua. The boxing world will wait in anticipation.