Pence vows to follow 'the science' on virus response 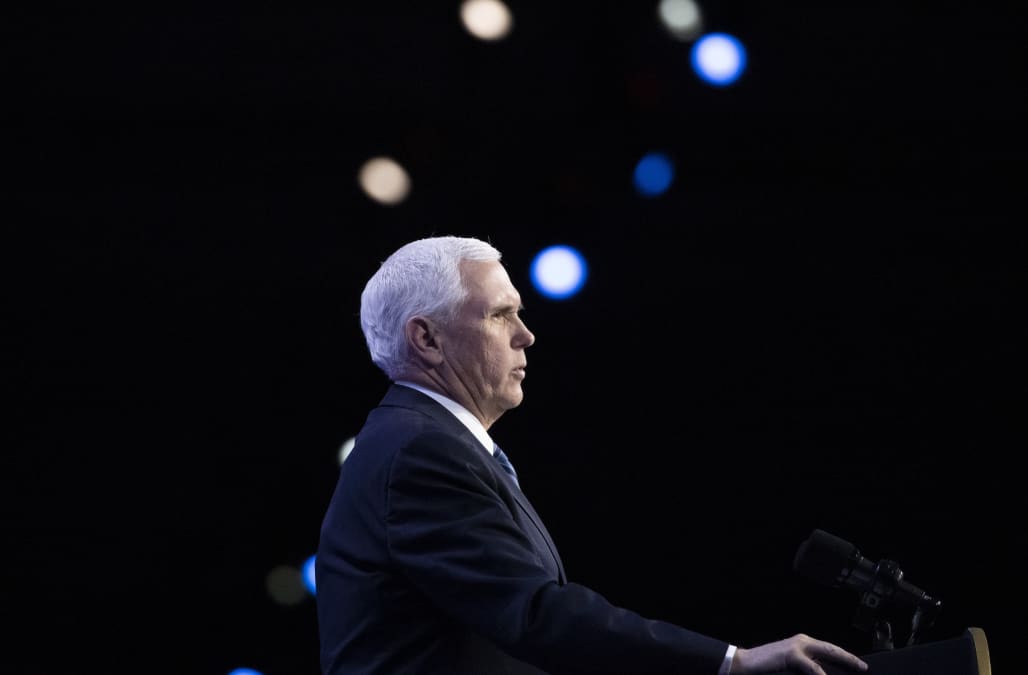 WASHINGTON — Even as some of President Trump’s allies have continued to describe the coronavirus as a mild threat that has been exaggerated by the president’s political enemies, officials leading the charge against the respiratory disease — which has so far killed six Americans — insisted that they would continue to be guided by science.

“We’re going to follow the facts and listen to the experts every step of the way,” Vice President Mike Pence, who is leading the White House coronavirus task force, said at a Monday press briefing. In language shorn of politics, he proceeded to describe a burgeoning “cluster” in Washington state and California, as well as efforts to keep the virus from spreading across the nation.

Standing next to him in the White House briefing room were some of the nation’s top public health officials, including Dr. Anthony Fauci of the National Institutes of Health and Dr. Deborah Birx, a top AIDS expert who was recently appointed to the task force.

The president’s critics have long branded him as hostile to expertise of the very kind Birx and Fauci possess. Last year, the Union of Concerned Scientists, a progressive group, criticized him for “a pervasive pattern of sidelining science in critical decision making,” in particular when it came to the consensus about human activity causing climate change.

The president has attempted to project confidence in his administration’s public health efforts, but he has sometimes undermined that attempt by talking about the coronavirus in political terms, or seemingly dismissing the severity of the threat.

Rush Limbaugh, the pro-Trump radio host with a legacy of offensive remarks, said he had spoken to Trump on Monday morning. Suffering from advanced cancer, Limbaugh was recently awarded the Presidential Medal of Freedom.

“He starts talking about this hoax,” Limbaugh said of his conversation with Trump. “He starts talking about this versus the flu and the number of cases and the mortality rate. He’s on top of this. He knows exactly, folks, what they are trying and what they’re doing. He was insistent to me that they are not going to join the panic on the task force — or himself personally — in reporting this.”

Pence has tried to project a measure of reassurance in his remarks to the press in the last several days. That has included praising scientific accomplishment and consensus instead of maligning it.

“We’ll follow the facts, the experts and the science,” Pence said at a later time in Monday’s briefing, speaking specifically about restrictions on Americans traveling to countries with high rates of infection, including Italy and South Korea.

Asked by a reporter during Monday’s briefing about how quickly he expected the virus to spread, Pence deviated from Trump’s brand of sunny assurance.

“Let me refer that to the experts,” Pence said somberly before ceding the podium. (Those experts expressed confidence in the nation’s public health system while also making clear that more cases are to be expected in the days and weeks to come.)

In his own remarks, Fauci said that Trump and Pence would be visiting the National Institutes of Health, in the Washington suburbs, on Wednesday. A few minutes later, Dr. Robert Redfield, who heads the Centers for Disease Control and Prevention, said the president and vice president would come to the CDC’s headquarters in Atlanta on Friday.

Pence also announced that the task force would be holding daily press briefings. “Get used to seeing us,” the vice president said. “We’re going to bring the experts in.”