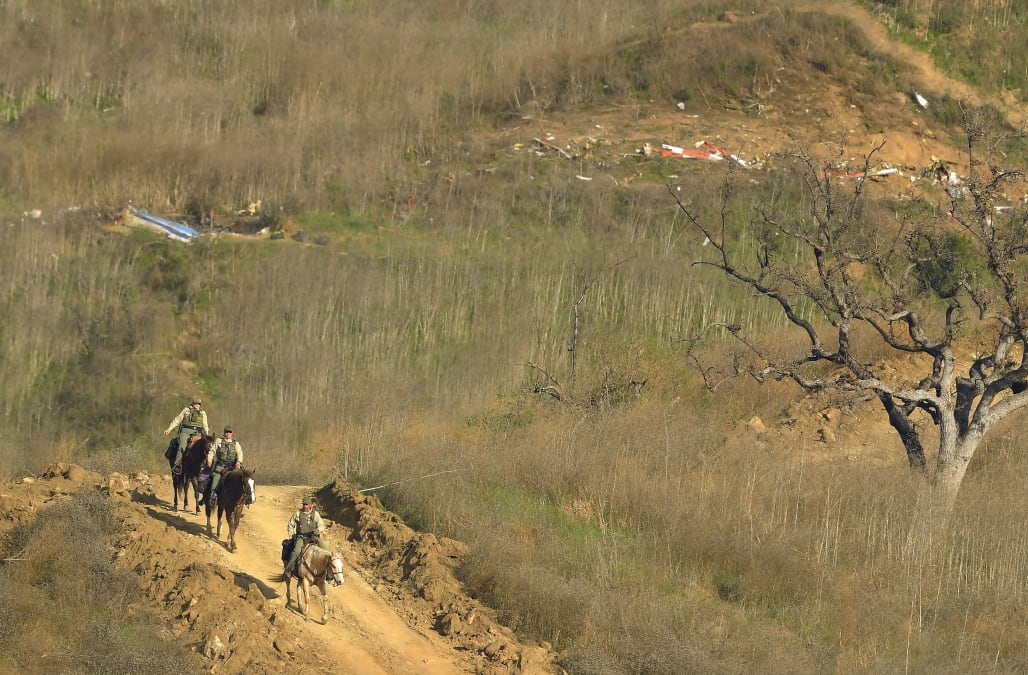 The Los Angeles County Sheriff's Department said it was planning to conduct an investigation after deputies allegedly leaked graphic images of the helicopter crash that killed Kobe Bryant, his daughter Gianna "Gigi Bryant, and seven others.

Bryant, his 13-year-old daughter Gigi, and seven others were killed in a helicopter crash in Calabasas, California, on January 26. The other victims of the crash included Christina Mauser; Payton and Sarah Chester; John, Keri and Alyssa Altobelli; and helicopter pilot Ara Zobayan.

An anonymous source told the Los Angeles Times that he saw photos of the crash scene and the victims' remains being shared in a manner outside of the investigation, prompting concern that the photos were being disseminated in an unauthorized context.

In a follow-up story, the LA Times reported that "citizen complained that a deputy was showing the gruesome images at a Norwalk bar." The LA Times also reported that after the complaint, rather than launching a formal investigation, deputies were asked to delete photos from their phones, citing unnamed sources.

"The Sheriff is deeply disturbed at the thought deputies could allegedly engage in such an insensitive act," the sheriff's department said in a statement. "A thorough investigation will be conducted by the Department, with the number one priority of protecting the dignity and privacy of the victims and their families."

The alleged distribution of the graphic photos comes less than a week after the city of Los Angeles hosted a public memorial honoring Bryant and Gigi at the Staples Center, where the basketball legend spent his 20-season NBA career.

It isn't the first time authorities in Los Angeles were allegedly embroiled in leaking information regarding celebrities. A Los Angeles police officer was fired in connection to a leaked photo of Rihanna after she was allegedly beaten by Chris Brown in 2009.

The Sheriff's Department also launched an investigation related to leaked evidence of Mel Gibson on an an anti-Semitic rant while being arrested for drunk driving.

SEE ALSO: Kobe Bryant was one of many multi-millionaires who rely on helicopter commuting to beat traffic. Here's how much these services cost — plus the risks involved.