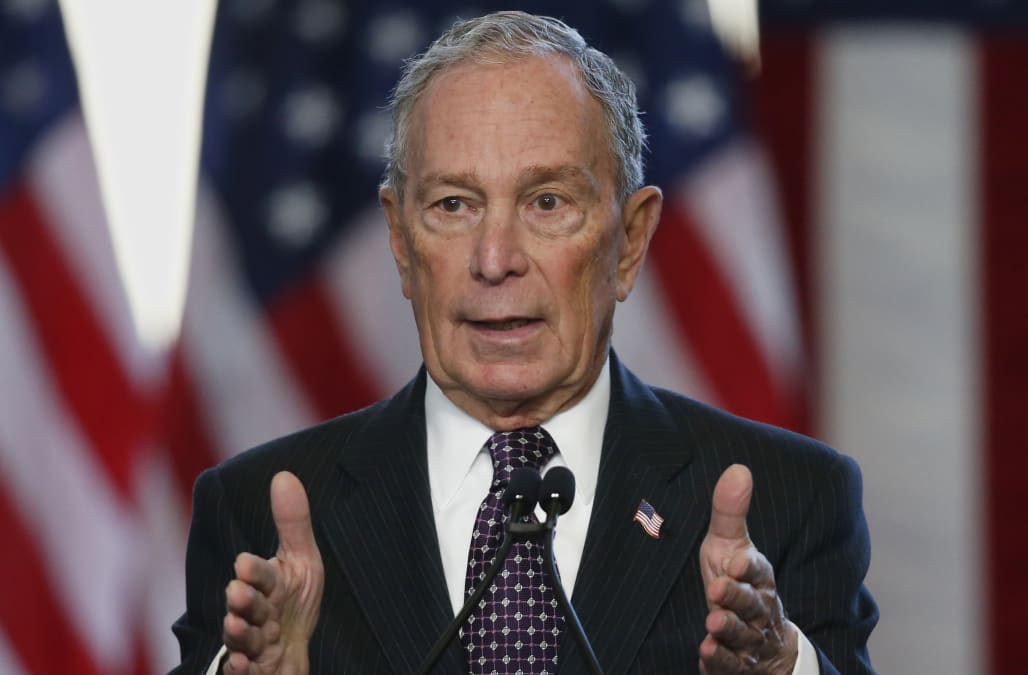 "Mini Mike Bloomberg’s consultants and so-called 'advisors'(how did that advice work out? Don’t ask!), are on the 'gravy train' and all making a fortune for themselves pushing Mini hard, when they knew he never had what it takes," Trump tweeted in the first of two tweets. "Don’t pay them anymore Mike, they led you down a very dark and lonely path! Your reputation will never be the same!"

Just after midnight, Trump pointed to billionaire Democratic presidential candidate Tom Steyer exiting the race, saying that he would "find it hard to believe" that Steyer or Bloomberg "would contribute to the Democrat Party, even against me, after the way they have been treated — laughed at & mocked."

"The real politicians ate them up and spit them out!" he added.

The Bloomberg campaign did not immediately respond to a request for comment from NBC News. Steyer responded on Twitter, saying, "Donald, I'm prepared to do whatever it takes to beat you and save our democracy."

The president has targeted Bloomberg for much of the billionaire's campaign, with the mayor quickly becoming his favorite Democratic contender to go after online.

Trump's barbs come as Bloomberg is set to face voters for the first time in his campaign. Bloomberg is polling third nationally, according to the RealClearPolitics average, and looks to be in a position to take home delegates on Super Tuesday after bypassing the first four races.

The tweets also come as Bloomberg has repeatedly hit Trump over his handling of the coronavirus crisis. His campaign is releasing a three-minute commercial, set to air Sunday night, on this message.

"The Coronavirus is spreading, and the economy is taking a hit," Bloomberg says in the ad. "Markets have fallen because of uncertainty. At times like this, it is the job of the president to reassure the public that he or she is taking all the necessary steps to protect the health and well-being of every citizen. The public wants to know their leader is trained, informed and respected. When a problem arises, they want someone in charge who can marshal facts and expertise to confront the problem."

Trump campaign communications director Tim Murtaugh responded to the attacks, accusing Bloomberg of "shamelessly politicizing the issue" and saying that "he’s a joke."

In Wilmington, North Carolina on Saturday, Bloomberg said the crisis was "not a joke."

"You can’t do this by watching Fox and Friends," he said.

Bloomberg has made Trump central to his candidacy. At that same event, he said that while he and Trump "are both from New York, we couldn't be more different."

"In fact, I campaign as the un-Trump,' he continued. "Think about it — he breaks promises, I keep them. He divides people, I try to unite them. He's a climate denier, I'm an engineer, I actually believe in science, imagine that."