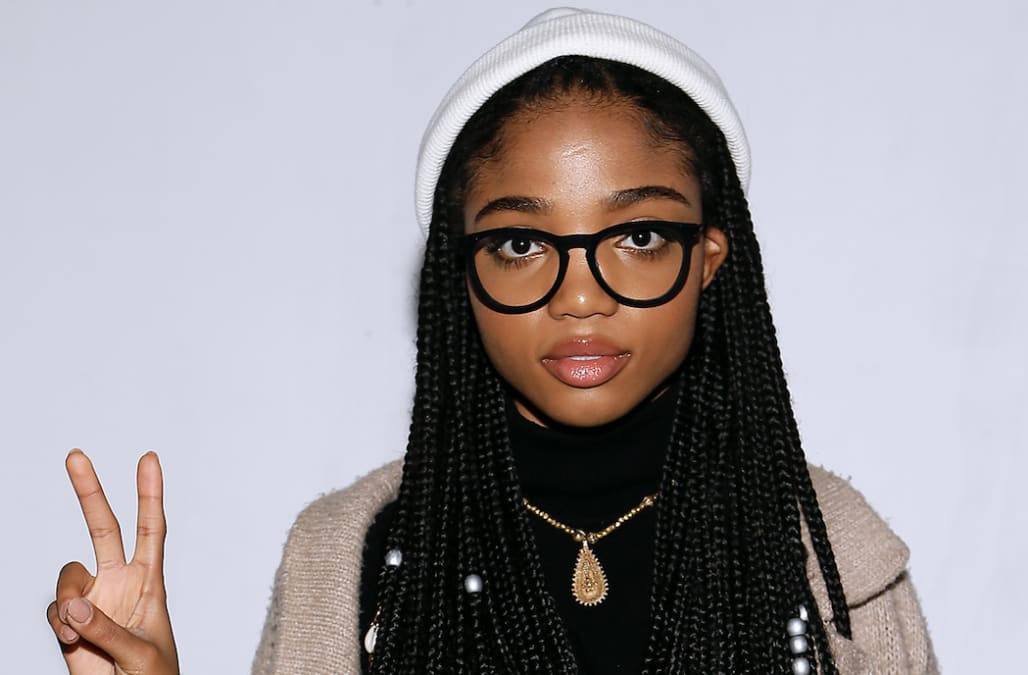 Winter BreeAnne may be just 19 years old, but her activism already spans myriad issues, from gun violence to racial stereotyping on social media.

BreeAnne, an advocate and activist who attends Howard University, spearheaded the National School Walkout in 2018 following the Feb. 14 mass shooting at Marjory Stoneman Douglas High School in Parkland, Fla., which left 17 students and staff members dead and reignited the gun control debate in the U.S.

“When the Parkland shooting happened, I remember (my) whole class kind of pausing, because we all realized that what was happening (in Florida) could also happen to us at any time,” BreeAnne told In The Know.

“We were literally on Twitter with the students who were live-tweeting what was going on in their own schools, so it was a whole ‘nother level of personal impact,” she added.

The subsequent nationwide school walkout, which happened in March 2018, attracted 2.3 million participants, making it one of the largest student demonstrations in U.S. history.

“It was crazy to think that a team of young kids who are just super passionate could do something that garnered so many people’s attention and gave them a platform to make sure their voice and their opinion was heard,” she said of the overwhelming response.

But BreeAnne’s advocacy didn’t start in 2018 — in 2015, when she was just 14 years old, she founded “Black is Lit,” which started as a platform for sharing positive stories about Black people in her own community.

Hello! It’s Winter (@winterbreeanne ) and I’m excited to announce the relaunch of Black Is Lit! I founded BIL when I was 14 y/o to highlight the everyday black folx who make our world go round. 🖤 . In the past, Black Is Lit has toured elementary schools to teach Black youth about the importance of civic engagement and taking charge of their immediate agency.💡 . Now we are getting BACK TO OUR ROOTS!!! Over the course of this week, @blkislit will be launching our first campaign highlighting young, Black Brooklyn-based creatives. Stay tuned! ⠀⠀⠀⠀⠀⠀⠀⠀ - - Campaign with @blkislit Photography: @escapingyouth MUA: @eva.lynn_ Styling: @hellohawwaa Words: @bluuumiles . #BlackisLIT #FRIEcreative @ameyamarie @cisco.swank

“‘Black is Lit’ was my first baby, and I guess was my first step into more structured activism,” she explained. “I remember the Black Lives Matter movement was really taking off and Trayvon Martin had recently been killed and I felt very helpless.”

“Being a young kid during that time, I understood that a lot of the narratives surrounding young Black men weren’t even factual,” she said. “So I took it upon myself to tell those stories in order to shape the way that people saw us.”

“Black is Lit” relaunched in August 2019 with a big campaign featuring 12 young artists in New York City — but the collective isn’t stopping there.

“We are working on building a cohort here at (Howard University) and also a national one,” BreeAnne revealed to In The Know.

Despite her utterly impressive list of accomplishments, the college student says that activism, to her, simply means playing her part in creating the world she wants to see tomorrow.

“If I wasn’t doing the work that I am doing now, then I would be doing a disservice to my ancestors and to my family, who has invested so much into me,” she explained. “I want to leave the world a better place for them and their children and my children and grandchildren, and so I do it because I think I have a responsibility to do it. If I don’t do it, I can’t expect other people to do the work that I was called to do, too.”

Slay any look with these Uoma Beauty metallic lipsticks

Shop Black and excellently with these 10 Black-owned brands