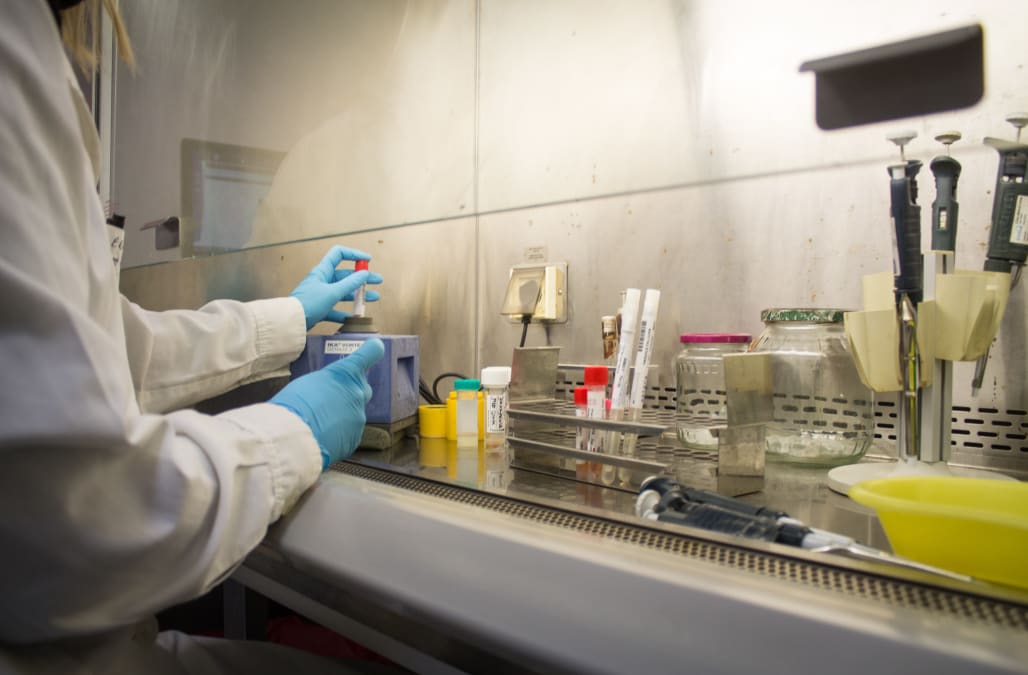 WASHINGTON (AP) — A government whistleblower has filed a complaint alleging that some federal workers did not have the necessary protective gear or training when they were deployed to help Americans evacuated from China during the coronavirus outbreak.

The complaint deals with Department of Health and Human Services employees sent to Travis and March Air Force bases in California to assist the quarantined evacuees. The Office of Special Counsel, a federal agency that investigates personnel issues, confirmed on Thursday that it had received the unnamed whistleblower's complaint and had opened a case.

“My concern from the moment I heard it is that individuals at HHS are not taking the complaints of HHS employees seriously," Gomez said in an interview. “Their superiors are not supposed to brush them off. By retaliating against people if they do call out a problem, that only discourages other people from ever reporting violations.”

HHS said it was “evaluating the complaint.”

“We take all whistleblower complaints very seriously and are providing the complainant all appropriate protections under the Whistleblower Protection Act," HHS spokeswoman Caitlin Oakley said in a statement.

Gomez's office said the complaint was filed by a high-ranking official at the Administration for Children and Families, an HHS social service agency.

The whistleblower was among a team of about a dozen employees from the agency who had been deployed to help connect the evacuees with government assistance that they might qualify for to ease their return. The team was there from mid-January until earlier this month.

Although team members had gloves at times and masks at other times, they lacked full protective gear and received no training on how to protect themselves in a viral hot zone, according to a description provided by the congressional office. They had no respirators. While helping the evacuees, team members noticed that workers from the Centers for Disease Control and Prevention were in full gear to protect them from getting sick.

Gomez's office said the high-ranking whistleblower complained to superiors and was given the choice of being reassigned or being fired. Gomez said as far as he knows none of the workers from the agency has become infected with the virus.

The COVID-19 illness caused by a new coronavirus that emerged in December in the Chinese city of Wuhan has stretched well beyond Asia. The global count of those infected as of Friday exceeds 83,000, with China still by far the hardest-hit country. Dozens of cases but no deaths have been confirmed in the United States.

Without referring directly to the whistleblower's complaint, Gomez questioned HHS Secretary Alex Azar about the situation during a congressional hearing Thursday.

“Were any of these ACF employees exposed to high-risk evacuees?” asked Gomez, adding it was his understanding that "it was kind of chaotic on the ground" when the team was sent to California.

Azar responded that he was not aware of any violation of protective practices. “Urgency does not compensate for violating isolation and quarantine protocols,” he said.

“I'd want to know the full facts and would take appropriate remedial measures,” Azar added. If one of the HHS workers had become infected, that person could then have unwittingly infected others, Gomez said.

Lawyer Ari Wilkenfeld, representing the unidentified whistleblower, said in a statement: “This matter concerns HHS’ response to the coronavirus, and its failure to protect its employees and potentially the public. The retaliatory efforts to intimidate and silence our client must be opposed.”

Oakley, the HHS spokeswoman, said the department had "nothing further to add at this time.”

The whistleblower complaint was first reported by The Washington Post.

More from Aol.com:
Who should wear a face mask during the coronavirus outbreak, and who should not
First possible case of 'community spread' of coronavirus reported in the U.S.
San Francisco's mayor has declared a state of emergency as the coronavirus continues to spread