Which team will sign Tom Brady? Let's examine the BetMGM odds on it 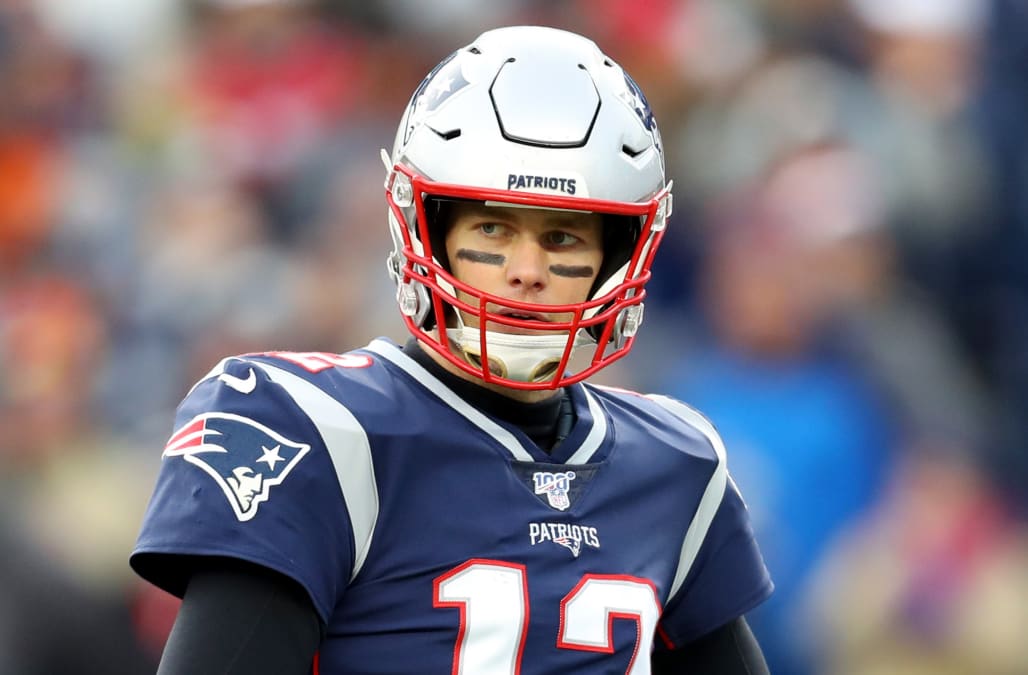 Because it seems Tom Brady’s tenure with the New England Patriots is coming to an end, it’s time to seriously discuss who will sign the most decorated quarterback in NFL history.

And yes, it’s really weird to think of Brady playing for any other team.

The chance to sign an all-time great quarterback doesn’t happen often, so teams will ignore that Brady will turn 43 in August and has shown signs of decline already. It will be a very interesting market, and of course you can bet on where Brady will land at BetMGM.

Let’s take a look at the odds and why Brady would or wouldn’t make sense for the top teams listed:

Let’s cut this list down to every team at 25-to-1 or lower. If you want to bet on the Seattle Seahawks signing Brady to replace Russell Wilson at 250-to-1, go ahead.

None of these three teams makes too much sense. Dallas will retain Dak Prescott somehow, though has Jerry Jones ever really passed on a chance to make headlines? The Dolphins have Ryan Fitzpatrick to bridge to any quarterback they draft, but Brian Flores is Miami’s coach and any ex-Patriots coach seems to have an addiction to signing former New England players. The Panthers might move on from Cam Newton and would need someone to play quarterback. New Panthers owner David Tepper seems to want to make his mark.

Unlike any team with higher odds, at least you can talk yourself into a crazy scenario in which one of these three lands Brady. But it’s not likely.

A couple of interesting value plays

Buccaneers coach Bruce Arians already mentioned Brady by name. While that technically is opening up Tampa Bay to a tampering complaint, at least we know the Buccaneers have thought about it. Jameis Winston is such a risky gamble that the Buccaneers might want to start over. Brady could bridge the gap, though Philip Rivers seems like a better fit in Arians’ deep passing offense.

Does it make sense to halt Daniel Jones’ development for a 43-year-old quarterback, when the Giants are nowhere near being competitive? Not at all. But as mentioned before, ex-Patriots coaches have a weird attraction to former New England players. If the Giants let Joe Judge bench Jones, the sixth pick of last year’s draft who played very well at times, so he can have the comfort of “The Patriot Way,” it would be a baffling mistake. But guys like Josh McDaniels and Matt Patricia have made those mistakes chasing ex-Patriots players, and that’s why it can’t be ruled out with the Giants. Especially when we’re talking about the ex-Patriots player. It would be a bad move, but teams make bad moves all the time.

You get the feeling the Colts are antsy at quarterback. Jacoby Brissett was doing fine until he suffered a knee injury, then he fell apart and nobody seems to have any faith in him being a reasonable starter. If the Colts want a shot in the arm, Brady could fit. The Colts have a good offensive line to protect him. It’s at least feasible. And it would put Brady on a team that could be competitive right away, something many of the other teams on this list can’t provide.

This makes a lot of sense for a few reasons. While you will hear a lot of claims that any team can benefit from a business aspect by signing Brady (more on this nonsense in a moment), the Chargers actually can help their bottom line with Brady. The Chargers are an anonymous team in a huge market. Nobody in Los Angeles wants them. They have no buzz going into a new stadium. They could get a boost by signing the only six-time champion in NFL history. That would sell tickets in a new plush stadium and put the Chargers on the map. They need that. And with Philip Rivers going elsewhere, it’s not like Tyrod Taylor is irreplaceable at quarterback. This seems like a smart fit (and what I’d put my wager on at those odds).

If anyone says the Raiders’ bottom line would benefit from signing Brady, ask yourself if that makes sense. The Raiders will sell 100 percent of their tickets in their inaugural Las Vegas season whether their quarterback is Brady, Derek Carr or Jim Plunkett. It doesn’t matter. The argument that jersey sales would put money in the Raiders’ pocket isn’t right; players and the NFLPA make money off individual jersey sales. There’s no more television money involved. There are a few ways the Raiders could monetize Brady’s arrival, but it’s nothing that moves the needle as much as you’ll hear about. However, the Raiders seem lukewarm on Carr and signing Brady just seems like a Jon Gruden move. The Raiders could do it, but it shouldn’t be because of some fantasy of a gigantic financial windfall.

This will sound weird but it’s true: Ryan Tannehill was better than Brady last season. Go ahead and check any reasonable metric on that. Tannehill had a remarkable season. He is 11 years younger than Brady. Betting on Tannehill having a sustainable career revival because he finally escaped Adam Gase seems safer than figuring Brady turns around a decline at age 43. Doesn’t it strike anyone as significant that the Patriots, the best-run organization in the NFL, don’t seem to want Brady back? Oh, but we get another coach who might be unable to escape the siren’s song of “The Patriot Way.” Mike Vrabel was Brady’s teammate in New England. That’s why the Titans have lower odds than any team but ...

BetMGM is not moved much by the NFL scouting combine chatter that Brady and the Patriots are heading for a divorce. The Patriots are still the overwhelming favorite based on the odds, and New England still makes the most sense. They don’t have a replacement at quarterback. And for Brady, there is absolutely zero history of success among quarterbacks at age 43 or older, and leaving a great coaching situation adds to the difficulty for him to keep things going at his age. Starting over at an age in which no other quarterback has had any success seems like a “Joe Namath with the Rams” debacle waiting to happen. The Patriots are probably better off with Brady for 2020, and Brady is probably better off with the Patriots. The odds at MGM seem to reflect that truth.