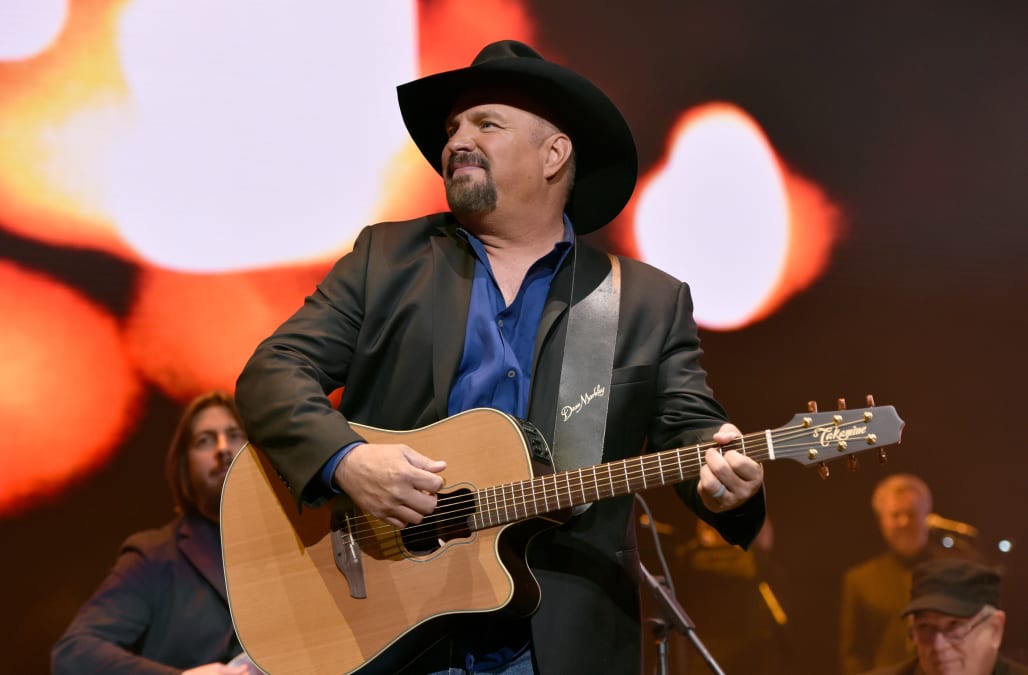 Country music icon Garth Brooks is hearing something other than cheers from supporters of President Donald Trump who completely misunderstood the meaning of a jersey he wore to a concert in Detroit over the weekend.

Brooks’s SANDERS 20 shirt was meant to honor Detroit Lions great Barry Sanders. But Trump fans believed the name referred to Sen. Bernie Sanders (I-Vt.), who is running for the Democratic presidential nomination, and the number of this year’s election.

According to the MLive website, he told fans at the concert:

“I was lucky enough to be an athlete and to wear the same uniform as this guy wore in college. I was lucky to go to school with him. You guys got the greatest player in NFL history in my opinion in this jersey. I love this man.”

“He’s also one of the greatest human beings that you’ll ever get to witness and be with,” Brooks said. “He’s a good cat. It’s an honor to wear this jersey tonight.”

He also posted an image of himself in the jersey on social media and that when Trump supporters flipped out:

Detroit You carried me all night long But you always have I’m in love with you! love, g #GARTHinDETROIT

Many of the comments featured long-running inside jokes from fans of a comedy show. However, more than a few expressed surprise and outright anger at the jersey, leading to rants against Sanders and socialism. Some exhorted the musician to keep out of politics:

“G is a Democrat socialist!”

“If this is for Bernie Sanders, I’m done with you. I thought you were a true American that loves Our Country?”

“Weird. That a millionaire would like a socialist. Hey Garth are you going to distribute your millions?”

“Sanders is a foolish , crazy socialist!”

“Good grief. Can’t you just do what you get paid to do ???? Why why why does it have to involve politics !!! So sad. We don’t pay good money for anything other than to watch you perform.”

Several comments went viral on Twitter, thanks to one user’s screenshots:

Facebook forgot who Barry Sanders is and is freaking out at Garth Brooks for wearing a jersey and I’m dying. pic.twitter.com/wVfAKU7Cn1

People are trying to help, but it seems others don’t like to research so much? pic.twitter.com/BddZIfj8ZL

More from HuffPost US:
Bernie Sanders Is Already Looking Beyond South Carolina
Despite Funding Anti-Abortion Candidates, Bloomberg Still Lauded By Pro-Choice Groups
Simone Biles Throws An Axe Into Bullseye Because You Knew She Would