'Stop playing': LeBron James initially thought his Lakers teammates were joking when they told him Kobe Bryant had died 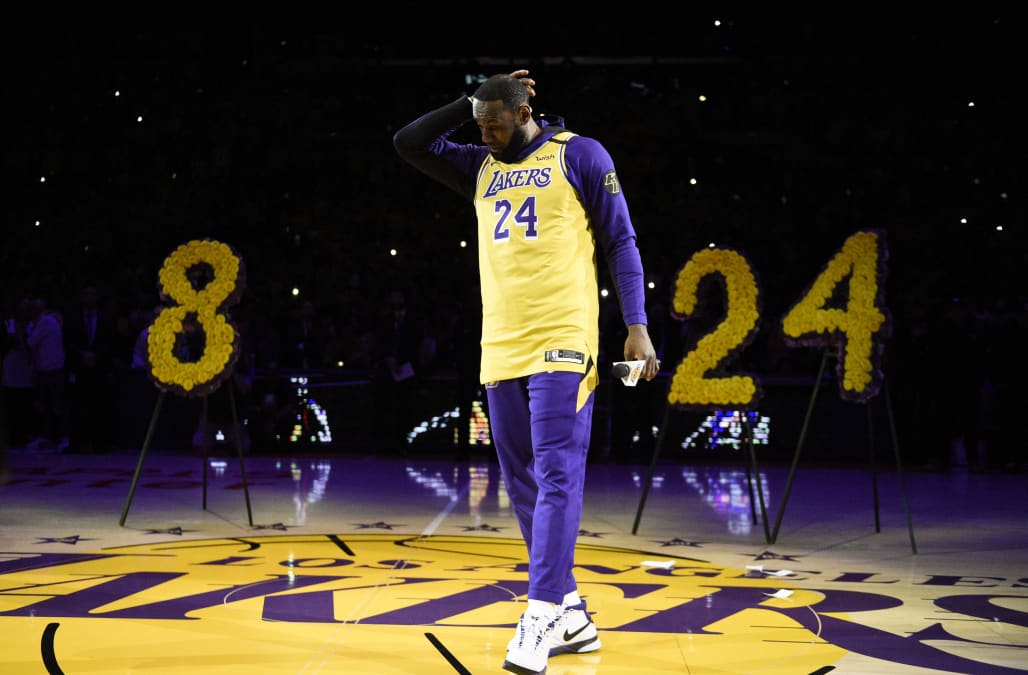 LeBron James initially refused to believe that Kobe Bryant had died when his teammates gave him the news, telling them to "stop playing with me," according to fellow Los Angeles Laker Anthony Davis.

Speaking to ESPN, Davis recounted finding out about Bryant's death during a flight back to Los Angeles after a game against the Philadelphia 76ers in Philadelphia.

James, Davis told the network, was asleep when fellow players started to hear the news of Bryant's death, and had to be woken up to be told.

Davis said that he was watching a movie when teammates Dwight Howard and DeMarcus Cousins began frantically waving their hands in his direction, attempting to get his attention.

Here's how Davis recounted the incident to ESPN:

"So I remove one of my headphones, and I look ... And Dwight tells me, 'Man, Kobe died.' And me thinking as invincible as Kobe Bryant is, I'm like, 'Kobe who?' Because I'm like, that's not — it's not Kobe Bryant.

At this point, Davis said, James was still asleep and had to be shaken awake. "And I just like, start shaking Bron, like, 'Wake up! Wake up!'"

"I remember the first thing Bron said to me was, 'Man, y'all stop playin — like, stop playing with me,'" Davis told the network.

"And I'm trying to get on the internet. And Dwight [Howard], like, you can see him start crying. He was like, 'It's true.'"

After details of the helicopter crash that killed Bryant, his daughter Gianna, and seven others became more clear, James then led his teammates in an impromptu prayer on the flight, he told ESPN.

"It was just off the top off my head, just off the cuff," James told ESPN. "I think it was needed for us to come together and just give thanks to the man above."

James recounted part of the prayer he said to ESPN: "Even though at times we question him and question why he do some of the things that he do, know that he's never made a mistake. And just hope that he has his hands on top of Vanessa [Bryant] and the kids at that time, and hope that he continues to watch over all of us."

Bryant's death in January shocked basketball and the wider world. He and his daughter Gianna, as well as seven others, were killed when a helicopter carrying the group crashed in heavy fog while travelling to Mamba Sports Academy, a facility founded by Bryant.

A star-studded memorial for Bryant and Gianna held Monday at the Staples Center, where the Lakers play home games, was attended by celebrities including Beyoncé, Jay-Z, Jimmy Kimmel, Usher, and Alicia Keys. NBA greats like Michael Jordan, Shaquille O'Neal, and Steph Curry, were also in attendance.

Michael Jordan provided a moment of levity at the memorial service for Kobe and Gigi Bryant: 'Now he's got me — I'll have to look at another crying meme'

'She was so full of life': Vanessa Bryant laments not being able to watch her daughter grow up at the memorial for Gianna and Kobe