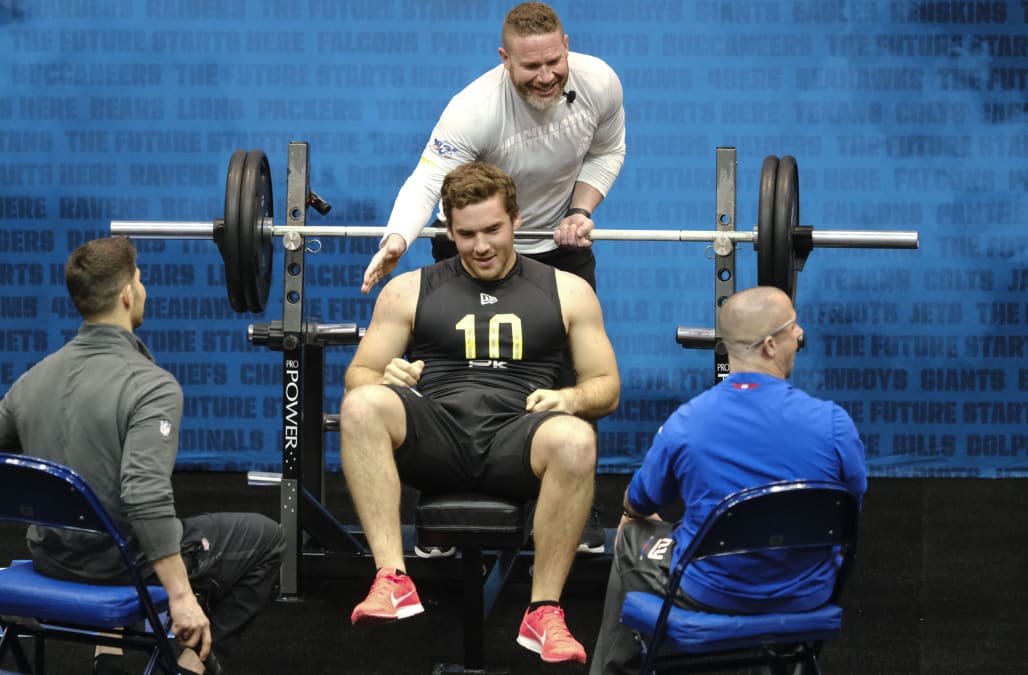 Michael Turk was just showing off on Thursday.

The former Arizona State punter was one of only two players at his position to tackle the bench press at the NFL scouting combine in Indianapolis on Thursday. Because why does a punter need to demonstrate his upper body strength for NFL scouts?

Because you’re a beast, that’s why.

Turk laid down on the bench to a smattering of cheers. He proceeded to blow away scouts and the competition with 25 reps at 225 pounds. By the time his muscles exhausted on his final rep, his throng of supporters in the weight room had burst into full-blown applause.

The tally was obviously the top mark for his position. Bucknell’s Alex Pechin totaled 13 reps.

It also blew away the competition of tight ends and wide receivers who worked out on the bench on Thursday.

Of the 13 tight ends who took on the bench on Thursday, only Cincinnati’s Josiah Deguara matched Turk’s tally. None of them surpassed it as the rest of the group ranged from 13 to 23 reps.

How about the 33 wide receivers who bench pressed? Only four of them broached the 20-rep barrier with Wisconsin’s Quintez Cephus setting the standard with 23.

What about the true brutes of the draft combine, the offensive linemen? According to NFL Network, Turk outperformed 19 draft hopefuls at offensive line, while 15 exceeded Turk’s tally.

Defensive players didn’t hit the bench on Thursday. Of the non-linemen who did, only Mississippi running back Scottie Phillips surpassed Turk with 29 reps.

Will the performance help Turk in April’s draft? Not likely.

Will it make him a combine hero? Absolutely.

In his one season at ASU after transferring from Lafayette, Turk earned first-team All-Pac-12 honors while averaging 46 yards per punt and landing 32 of his 59 punts inside the 20-yard line.