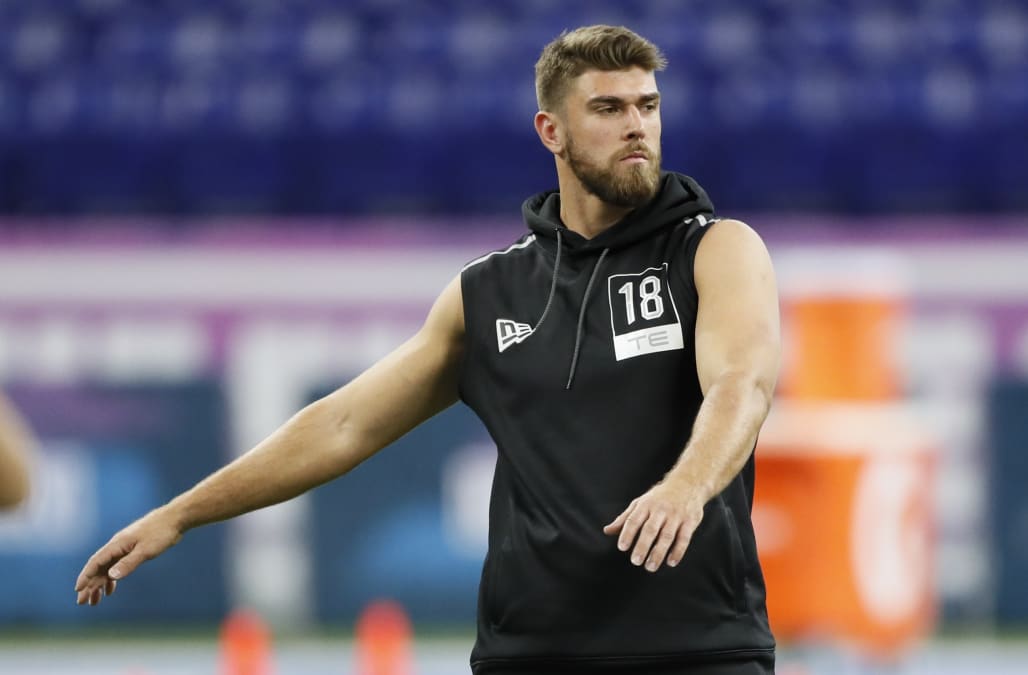 Maybe Mitchell Wilcox just wanted to show NFL teams how tough he is.

Wilcox, the tight end from South Florida, ran a drill at the NFL scouting combine in which receivers run down the line and alternate catching passes from their right and then left, known as the “gauntlet drill.” There is presumably a point to this drill, other than the possibility of a player looking the wrong way and getting drilled in the head with a pass.

Well, Wilcox took one off the face in the gauntlet drill. That’s not the highlight you want seeing played over and over on television.

Give Wilcox credit, he took that pass off the face and kept running. But yeah, it was as painful as it looked.

Wilcox had 350 yards and five touchdowns for the Bulls last season. He will probably be a late-round pick in the NFL draft. He had a highlight at the combine though, albeit not the kind that any player wants to be a part of.