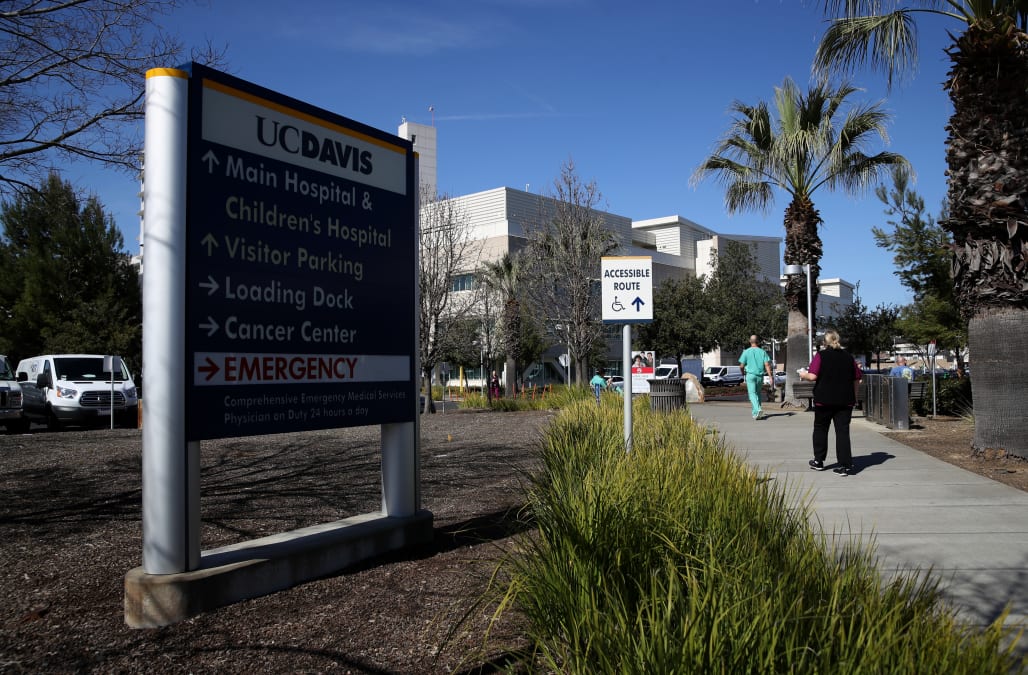 A second case of coronavirus spread by community transmission was reported in Northern California on Friday, and a student at the University of California, Davis, was being tested for infection with the virus.

A 65-year-old resident of Santa Clara County, which encompasses most of Silicon Valley, was diagnosed with the virus. The patient has not traveled recently to countries experiencing outbreaks, meaning the infection was contracted locally, implying that the virus is spreading domestically.

On Wednesday, health officials revealed that a woman in Solano County had tested positive and had been treated at UC Davis Medical Center in Sacramento. On Friday she she was transferred by officials at the Centers for Disease Control and Prevention to an undisclosed location in San Mateo County. That case, the first in the U.S. of what health experts term “community spread,” went undiagnosed for days because a test was not immediately ordered.

“Since the patient did not fit the existing CDC criteria for COVID-19, a test was not immediately administered. UC Davis Health does not control the testing process,” the hospital said in a memo obtained by the Sacramento Bee.

The woman lives in Vacaville, Calif., where dozens of people who had been in close contact with her have now been put under quarantine.

Three students at UC Davis are under observation for possible exposure to the coronavirus. One of the three, who was believed to have had contact with a known patient, has developed symptoms of the disease and is being tested. The symptoms were described as mild.

In a Thursday letter to students on the campus, the university sought to assure the community that all the proper precautions had been undertaken. The three students are roommates at Kearney Hall, a dormitory that houses approximately 200 students.

“The CDC is testing one of them for COVID-19, and this person is not on campus,” the university said. “The other two individuals are asymptomatic, meaning they are not showing any symptoms of illness, so, following CDC guidance, they have not been tested.”

Vacaville, with a population of just over 100,000, is located 10 miles from Travis Air Force Base, where coronavirus patients infected on the Diamond Princess cruise ship are being kept in quarantine. Sonia Angell, MD, director of the California Department of Public Health, said there was no connection between the infection of the Vacaville woman and the patients being treated at Travis.

Dozens of people in and around Vacaville who came in contact with the infected woman are now quarantined in their homes. UC Davis is 23 miles from Vacaville.

California Gov. Gavin Newsom said Thursday that 8,400 people were being monitored for the coronavirus there, but the state has just 200 testing kits on hand.

“That is simply inadequate to do justice to the kind of testing we need,” Newsom said.

As of Thursday, 33 people in California had tested positive for the coronavirus, and five of them had been moved out of the state. As of Friday morning, 60 cases of the virus had been confirmed in the United States.

CDC Director Robert Redfield told Congress Thursday that the new coronavirus case in Sacramento has made clear that the agency needs to do more testing for the virus.

“As soon as that case was recognized, we went and revised our definition,” Redfield said. “If a public official suspects coronavirus, then we should get a test for coronavirus. That updated guidance went out today.”

Scott Morrow, the health officer for San Mateo County, offered a warning of what is likely to come if the virus continues to spread.

“Our lives may be significantly disrupted by the measures needed to respond to a global pandemic,” Morrow said in a statement.