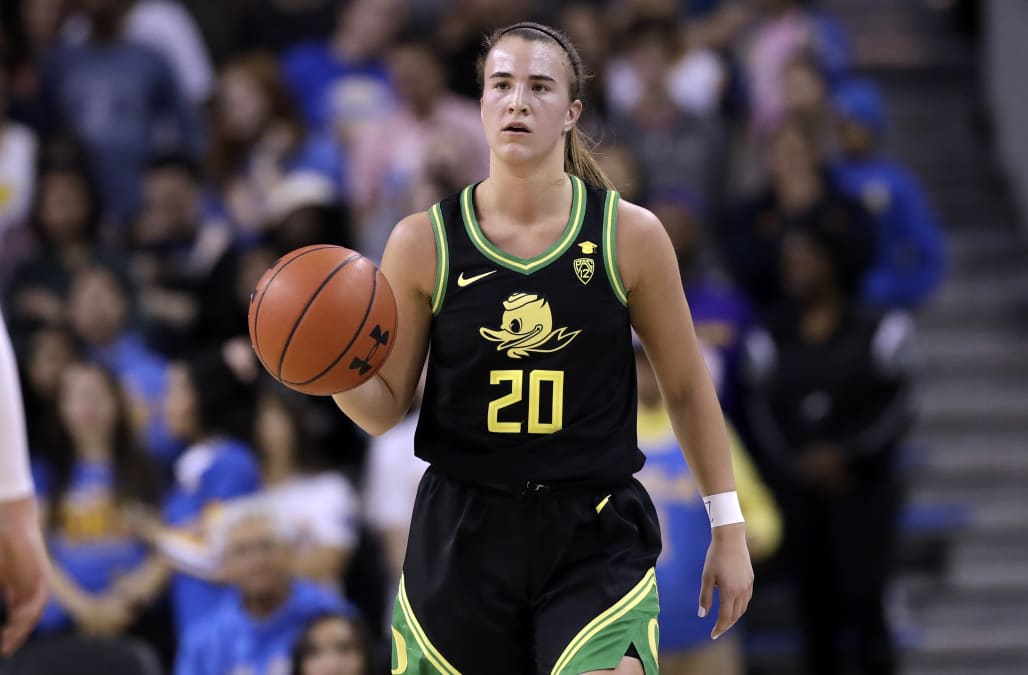 One thing to know: Ruthy Hebard is the perfect compliment to triple-double machine Sabrin Ionescu and the elite Oregon Ducks offense. She leads the team in rebounds and blocks and sits just 0.4 points behind Ionescu as the second-best bucket getter for the Ducks. One thing to know: Geno Auriemma's UConn Huskies are having an "off-year," or what almost every other program in the country would call a successful season. The sixth-ranked squad relies on Crystal Dangerfield for both its sharpshooting from beyond the arc and its leadership on both sides of the floor. One thing to know: As a sophomore, Ashley Joens ranks fifth in the entire nation in scoring and owns an impressive 15 double-doubles on the season. One thing to know: Arkansas' Chelsea Dungee is the third leading scorer in the entire SEC with nearly 18 points per game. One thing to know: Michaela Onyenwere does it all for the Bruins thanks to her remarkable athleticism and prolific scoring. One thing to know: Sabrina Ionescu was already the best player in the college game when she decided to return to Oregon for her senior season. Now, the triple-double queen has gone further than any college player — man or woman — before her, becoming the first college player with 2,000 points, 1,000 rebounds, and 1,000 assists in a career. One thing to know: The second-ranked, one-loss Baylor Bears look to senior forward Lauren Cox as their leader in the paint. She's overcome an early-season foot injury to lead the Bears in rebounds and blocks while managing the game on both sides of the floor. One thing to know: Mikayla Pivec is the definition of a do-it-all player, as evidenced by the fact that she's a guard who averages a near double-double. One thing to know: Dana Evans has made the most of former Louisville star Asia Durr's absence, stepping into a larger role and taking on the primary scoring responsibilities for the fifth-ranked Cardinals. One thing to know: Rhyne Howard is the third leading scorer in the entire NCAA and the top scorer among players in Power 5 conferences. With 6.6 rebounds per game to boot as a guard, it's no wonder she's on the shortlist for the Naismith Trophy. One thing to know: Even on an off-year, UConn is a powerhouse, and Megan Walker is the motor that keeps the machine running. She leads the Huskies in both points and rebounds and, as a junior, has become the next great in a long line of stars for Geno Auriemma. One thing to know: Aari McDonald is one of just 11 players in Division I averaging more than 20 points per game, and she's doing it while playing in arguably the toughest conference in women's college basketball. One thing to know: Chennedy Carter ranks eighth in the country in scoring thanks to her aggressive style of play and deep range. She's a pivotal piece for the No. 12 Texas A&M squad, as evidenced by the team's 4-3 record while she was sidelined with an ankle injury. One thing to know: Elissa Cunane is a lethal scorer thanks to her 6-foot-5 frame and ability to hit shots from range. She's averaging a double-double and has recorded 13 such games on the season, good for 19th-most in the country.

Now check out who to watch for on the men's side: