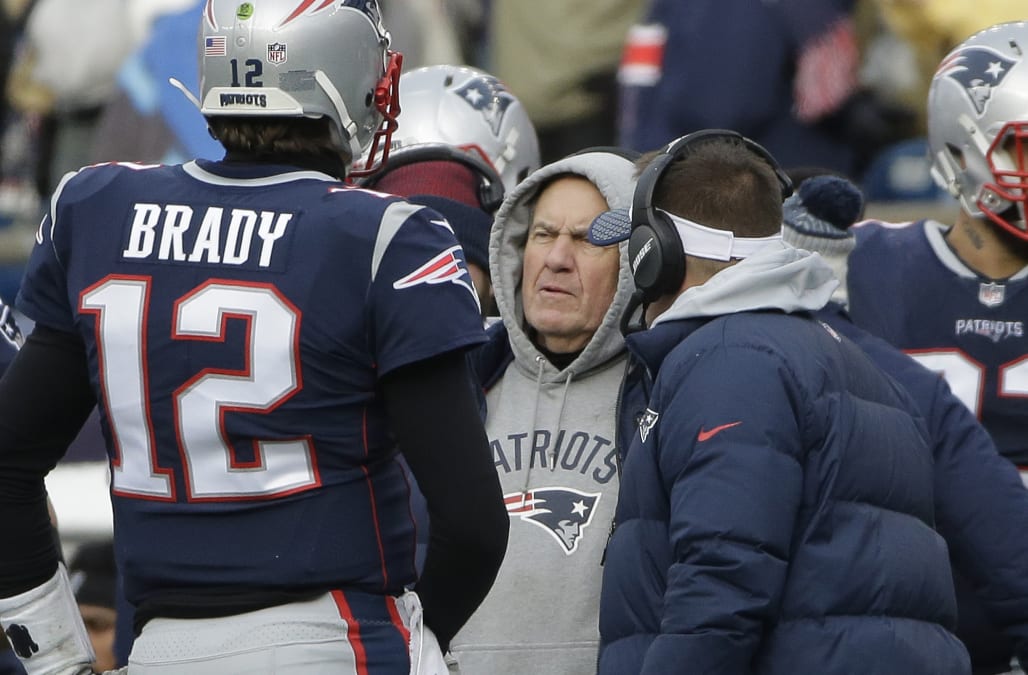 The New England Patriots haven’t yet set up a time to speak with Tom Brady’s representatives. That would seem puzzling considering the future Hall of Fame quarterback becomes a free agent on March 18.

Puzzling except ... these are Bill Belichick’s Patriots.

The NFL rumor mill is freaking out about the Pats not talking to Brady yet, but this is precisely how Belichick has done business for years now. Nothing has changed. The surprise is that anyone would think it would be different.

Should New England be in constant communication in an effort to show how much it values (beyond salary) the greatest player in franchise history? Should it treat a 20-year veteran who delivered six Super Bowls to Foxborough differently than just another player?

Maybe. But the Patriots won’t. That isn’t how they won those Super Bowls.

To Belichick, Brady is a player. He has lots of players on the team. That’s pretty much it.

“Certainly, Tom’s an iconic figure in this organization,” Belichick said the day after a season-ending playoff loss to Tennessee. It took multiple questions from multiple media members at an end-of-the-season news conference to get even that out of him.

“Nobody respects Tom more than I do,” Belichick continued. “I respect all the other players and all the other coaches in this organization, too. Everybody who is a part of it is an important part of it. I want to give the proper attention and communication and detail and thought on my input into those decisions.”

Belichick not initiating early talks with Brady is the most Belichickian move ever. It is the ultimate proof that he values team over individual, that no single player (not even Tom Brady) will make him alter his way of doing business.

Instead, the Patriots want to know what the salary cap will look like in 2020 before making any commitments — a reasonable take. Until then, Brady can sit around posting on Instagram and watching television debates about his future.

Belichick? He hasn’t said much of anything. This is a show of force, if nothing else. No one — not Brady, not Kraft — will alter his timeline.

“The future is the future,” Belichick kept saying in January.

Belichick has always gone to great lengths to treat Brady, or any star player, like the others. There have been exceptions, of course. As a defensive coordinator with the New York Giants, he didn’t worry too much about Lawrence Taylor taking an occasional nap in meetings because, well, it didn’t matter on Sunday. LT was getting his.

As the head coach in New England, though, it’s been about all 53 players. He has said it a million times over. Brady could throw for 500 yards and four touchdowns in a victory, and Belichick would mention how the team played well in “all three phases” — like the punter had as significant of a role.

He has cut beloved veterans.He has traded champions. He lives by a simple public motto: Just trying to do what’s best for the football team. He never stops saying it.

Part of the most famous ways that Belichick has maintained a standard of excellence through the years is by regularly criticizing Brady during team-wide film sessions. By undressing his best and most famous player, younger players get the message quickly that anything short of perfection will be addressed.

That Brady has been willing to take it is part of the Pats’ magic. At some point, it has to become a chore. Brady is 42. No one that age wants to be treated like they are 22. Everyone wants to be cut some slack for past deeds done well.

That’s the only way it can work in New England, though, and this is just the latest. Brady will wait.

Earlier this week, Belichick was at Middle Tennessee State, photographed standing in a driving rain while personally scouting defensive end Tyshun Render, who wasn’t even considered good enough to earn an invite to the NFL scouting combine.

You think he had time to talk to Tom Brady?