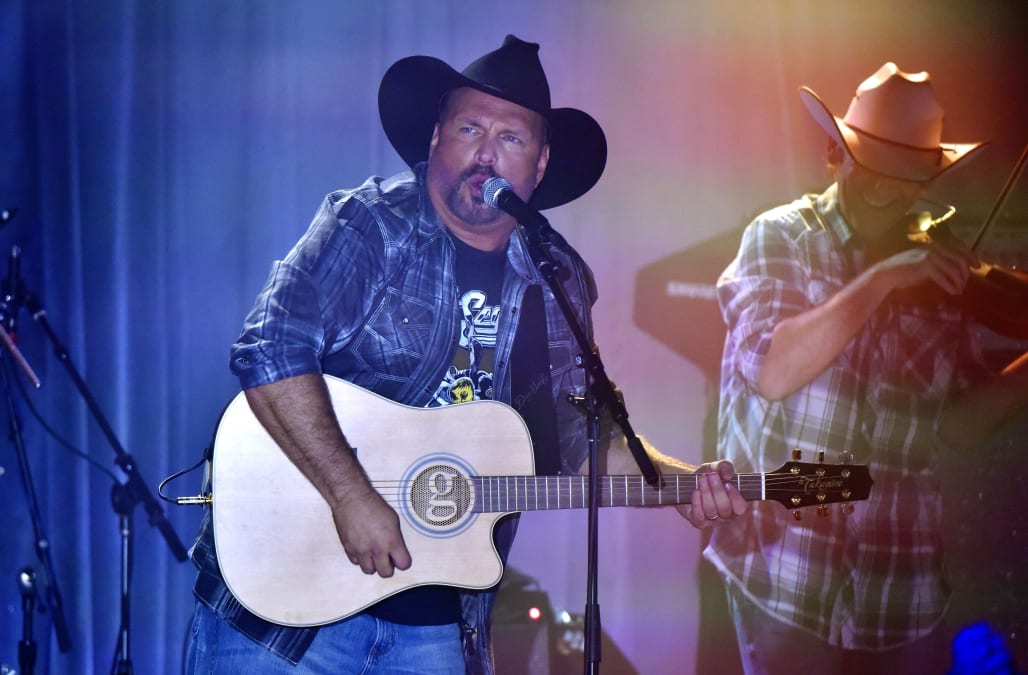 You know the old line, “When you’re holding a hammer, everything looks like a nail”? In that same vein, when you’ve got politics on the brain, politics are all you see. Sometimes, that mindset leads you way, way off the beaten path.

Brooks and Sanders both attended Oklahoma State University; Brooks graduated about a year and a half before Sanders arrived in Stillwater. (You can see photos of the two together on campus right here.) Between that connection and the appeal to the hometown crowd, it’s not all that surprising that Brooks would honor Sanders by wearing his jersey:

Detroit You carried me all night long But you always have I’m in love with you! love, g #GARTHinDETROIT

Alas, some of Garth’s friends in low places apparently had never heard of Sanders, or were so infected with Politics Brain that the word “Sanders” triggered them into fits of partisan fury, assuming that Brooks was tacitly endorsing Vermont Sen. Bernie Sanders, a Democrat. (The fact that Barry Sanders coincidentally wore #20, the current election year, didn’t help.)

If you’re so inclined, you can see the responses on Brooks’ Instagram post above, or compiled here below. They’re pretty much what you’d expect:

Facebook forgot who Barry Sanders is and is freaking out at Garth Brooks for wearing a jersey and I’m dying. pic.twitter.com/wVfAKU7Cn1

Brooks doesn’t appear to have taken any overt political positions or endorsed any candidates in his career. Even so, social media being what it is, there are surely going to be thousands of people certain that Brooks is now a socialist, and evidence—like, you know, the fact that Barry Sanders exists—isn’t going to change their minds.

There’s only one way out of this. Conveniently enough, Brooks is scheduled to visit Cincinnati’s Paul Brown Stadium on May 16. What better way to honor Cincinnati’s football history and douse any political controversy than to wear a jersey of a certain noted Bengal tight end:

Yeah, that won’t blow up in his face at all. Good luck, Garth.