Air Transat kicked a family off a plane after their daughter started coughing, as airlines tighten measures against coronavirus 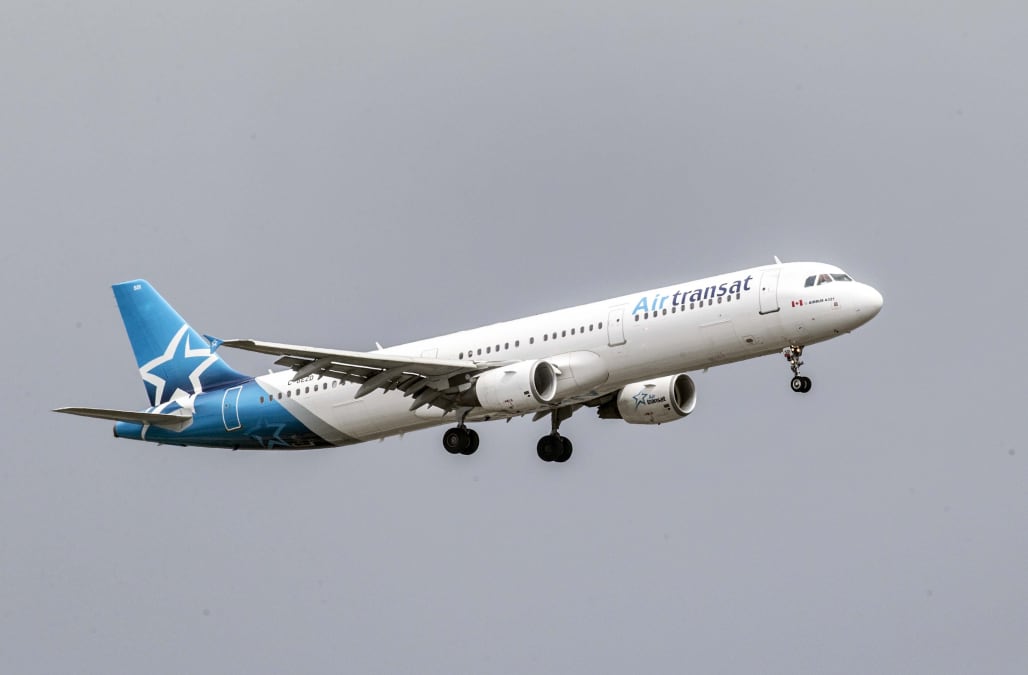 Air Transat removed a family of five Canadians from a flight after their child began coughing on the plane, prompting a demand for medical documents which they could not provide.

Emmanuel Faug, Clémentine Ferraton, and their three children were boarding Air Transat flight TS112 from Quebec to Paris when several passengers raised concern about their toddler's cough, according to the TVA Nouvelles TV network.

The couple said the girl, 21-month-old Lila, had been examined that morning by a doctor, who said she was fine to fly.

But when flight crew asked for a document to prove this, they could not provide it.

When a second doctor — another passenger on the flight — was asked to examine the baby, he also said her health also wasn't bad enough to stop them from flying, TVA Nouvelles said.

However, they were still asked to leave.

Air Transat said that it made the decision to bar the family after asking Medlink, a service that provides in-flight medical assistance to airlines.

A spokesman for Air Transat said that the decision was a standard protocol and not down to "paranoia" from the virus outbreak.

In an interview with Canada's CTV News, the spokesman said: "I don't think it's paranoia, it come to public attention because of the coronavirus outbreak but that is the standard protocol. We don't want our passengers to be exposed for hours to somebody that's contagious so that's what we normally do."

But Faug said that throughout the back-and-forth, the cabin manager repeatedly referred to the "current context," which he took to mean the evolving coronavirus threat, the newspaper L'édition du Soir reported them as saying in a TV interview.

"I think that is where her fears had been coming from," Faug reportedly said. "I can understand it in a certain way, but I found it a bit excessive... I had the impression I was being thrown off a plane to avoid a scandal."

Dr Horacio Arruda, Quebec's director of public health, said he was "flabbergasted" by the incident, according to L'édition du Soir.

It added to his "fear of seeing a growing climate of paranoia in the face of the risk of spreading the coronavirus," he said.

Several airlines have taken stricter measures as the coronavirus outbreak grows. The Center for Disease Control and Prevention (CDC) issued its advice to airlines in January, but airlines are going above and beyond that, reported Business Insider.

Additional measures taken by different airlines include changing the way meals are served, issuing crew members with masks and gloves in high-risk regions, and disinfecting hard surfaces after each flight.

According to CTV News, the airline contacted the family and has offered them a refund. Business Insider has contacted Air Transat for comment.

More from Business Insider:
Email scammers are taking advantage of coronavirus fears to impersonate health officials and trick people into giving up personal information
China boasted that it built two new coronavirus hospitals in 12 days - but they're treating half the people they're supposed to
A Japanese health worker caught coronavirus on the quarantined cruise ship where 174 passengers have tested positive