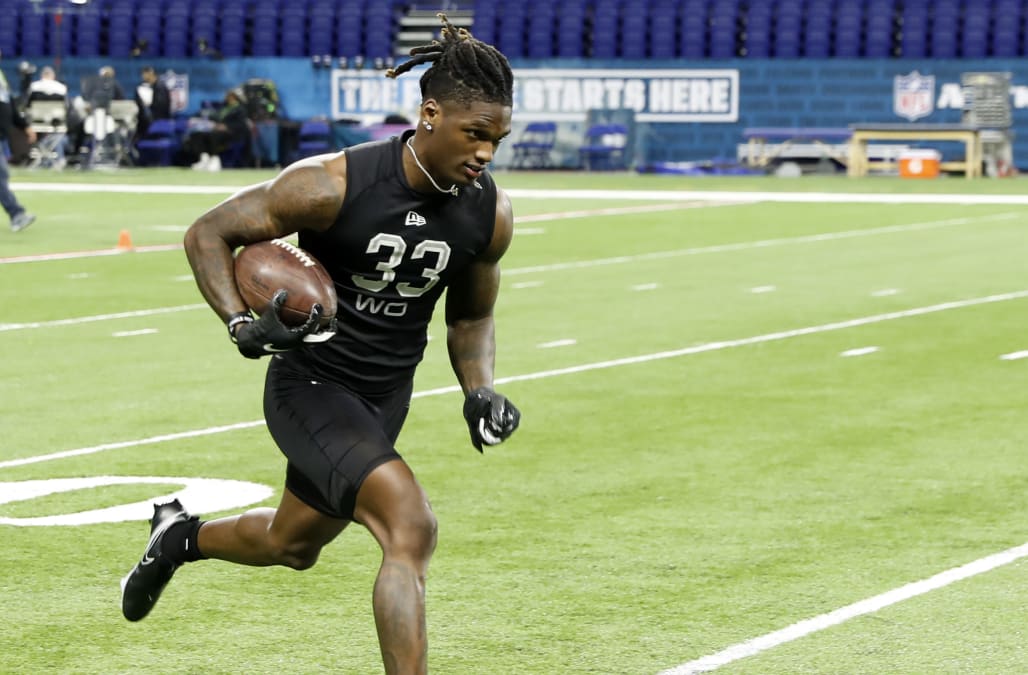 While taking reps on Thursday, Lamb rose up for an acrobatic sideline catch that stunned those standing by at the combine and went viral on social media.

Lamb juked around his stand-in defender and burst down the field at full speed. A few paces later, he leaped into the air while twisting towards the quarterback and made a beautiful two-handed snag. He managed to keep both feet inbounds before somersaulting off the field, all the while maintaining possession of the football.

This sideline catch by CeeDee Lamb is RIDICULOUS 😳

The ridiculous highlight was even more other-worldly in slow motion.

CeeDee Lamb had a FILTHY catch at the NFL combine 🤭 @brgridiron

Though the sideline catch was clearly the highlight of his performance Thursday, Lamb also impressed with a 4.51-second 40-yard dash.

But Lamb isn't the only wide receiver garnering attention at the combine. Alabama product Jerry Jeudy had his fair share of highlights, while teammate Henry Ruggs III recorded a 4.27-second 40-yard dash time, besting the next-fastest effort by 0.08 of a second.

Lamb, Jeudy, Ruggs, Clemson's Tee Higgins, LSU's Justin Jefferson, Colorado's Laviska Shenault Jr. are all expected to be selected in the first round of April's NFL draft, and more could join that list. In all, a whopping 20 wide receivers could get drafted in the first three rounds.

The 2020 NFL Draft begins on Thursday, April 23 in Las Vegas. LSU quarterback and 2019 Heisman Trophy winner Joe Burrow is widely expected to go to the Cincinnati Bengals with the first overall pick, but it won't be long before Lamb and the other wide receivers learn of their fates in the pros.