A dog got put in coronavirus quarantine after testing a 'weak positive,' despite there being no evidence pets can get infected 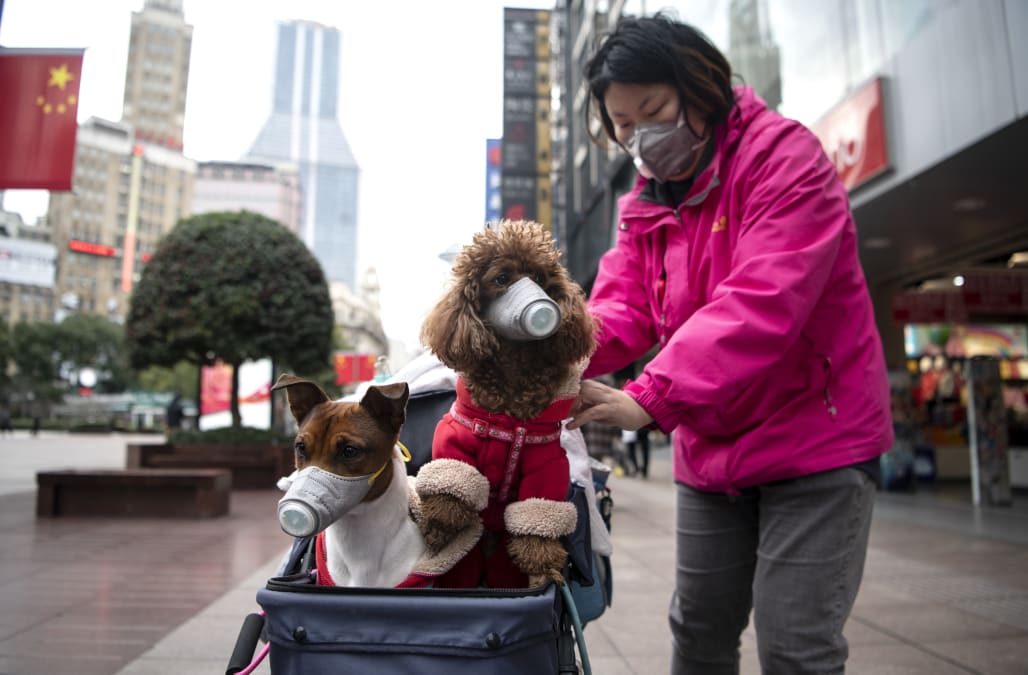 A pet dog has been quarantined in Hong Kong after testing positive for a low level of the coronavirus, even though officials say that there is no evidence that pets can get infected or can spread the virus to humans.

The dog was quarantined in an animal center after getting a "weak positive" result in a test for the disease COVID-19.

However, the dog has not shown any symptoms of the virus, a spokesman for Hong Kong's Agriculture, Fisheries and Conservation Department (AFCD) said on Friday.

The spokesman said the dog belongs to a patient infected with the virus.

A low level of the virus was found in the dog's nasal and oral cavities, and officials will now run more tests to see if the dog is actually sick.

The other possibility is that the test results are the result of "environmental contamination of the dog's mouth and nose." The dog will be tested multiple times and "will only be returned when the test result is negative."

Dr Chuang Shuk-kwan, the head of the communicable disease branch of Hong Kong's Centre for Health Protection, said that health authorities would review the entire list of confirmed infected patients in the city and determine if any had pets that would needed to be tested, Hong Kong's South China Morning Post reported.

But both Hong Kong officials and global health experts say that there is no evidence to suggest pets can get infected or can spread the virus to humans.

The spokesman said on Friday: "At present, the AFCD does not have evidence that pet animals can be infected with COVID-19 virus or can be a source of infection to people."

The World Health Organization also said: "At present, there is no evidence that companion animals/pets such as dogs or cats can be infected with the new coronavirus." The AFCD said that the dog in question is the only dog quarantined at a facility in a Hong Kong port, and that "staff of the department will step up cleansing and disinfection of the animal keeping facility."

The statement said that pet owners should "maintain a good habit of hygiene, and wash their hands thoroughly with soap or alcohol sanitizer after contacting pets. Pet owners shall wear masks while going out."

"If there are any changes in the health condition of the pets, advice from veterinarians should be sought as soon as possible."

Some regions have started taking action against the animals despite health officials stating that there is not evidence that cats and dogs can infect humans.

Reuters reported that authorities in Moscow, Russia, have rounded up stray animals and exterminated rats in a bid to stop the virus from spreading. Animal rights groups have criticized the move. In the Chinese city of Wuhan, where the virus originated, some people have been putting masks on their dogs.

The city of around 11 million people has been under lockdown for more than a month. Thousands of pets there have been abandoned because their owners are quarantined or unable to return to the city.

Some volunteer groups are breaking into apartments to feed pets at their owners' requests, but they say they are overwhelmed by the number of pets in the city.

Wild animals have also been killed by the disinfectant used to fight the coronavirus.

NOW WATCH: What would happen if we actually detonated a nuclear bomb inside of a hurricane