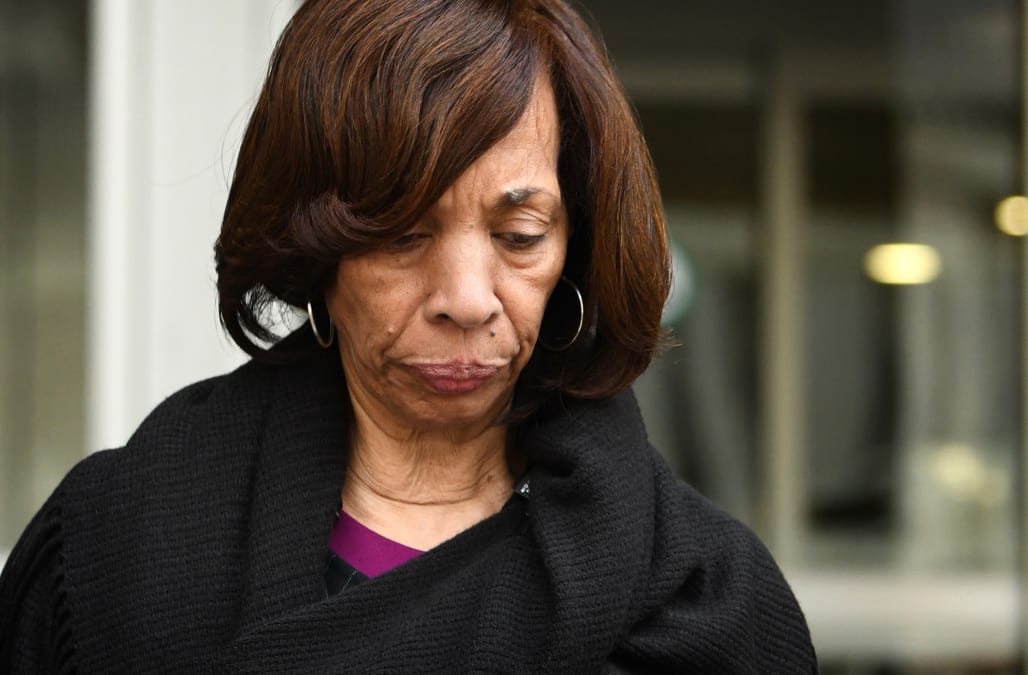 BALTIMORE (AP) — The disgraced former mayor of Baltimore was sentenced to three years in federal prison Thursday for arranging fraudulent sales of her self-published children’s books to nonprofits and foundations to promote her political career and fund her run for the city’s highest office.

The scandal has shaken Maryland's largest city, which for years has struggled with grinding poverty, political mismanagement, record crime rates and police abuses that led to massive riots. And it made a mockery of Catherine Pugh's inaugural promise to restore trust in Baltimore's leaders.

Pugh was also sentenced to serve three years of supervised release after getting out of prison. She pleaded guilty to federal conspiracy and tax evasion charges in November. The veteran Democratic politician was elected mayor in 2016 and resigned under pressure in May as authorities investigated bulk sales of her “Healthy Holly” paperbacks, which netted her hundreds of thousands of dollars.

Federal authorities accused Pugh, 69, of double selling the books, keeping many for self-promotion purposes and failing to deliver them to institutions they were purchased for, including the Baltimore City Public Schools. Pugh used the proceeds to fund straw donations to her mayoral campaign and buy a new house.

Prosecutors had asked U.S. District Judge Deborah K. Chasanow to sentence the former mayor to nearly five years in prison, while her attorneys suggested a term of one year and a day.

A visibly stressed Pugh walked into the courtroom on Thursday flanked by her attorneys. She teared up before the hearing began when she turned around in her seat and saw friends and others sitting in the packed courtroom. Her attorney handed her a box of tissues and briefly rubbed her back.

Pugh expressed regret for her actions in a video submitted to the court Wednesday night by her attorneys.

“I just want to apologize to the citizens, to young people, to partners, my friends, everyone I’ve offended,” she said. “I accept total responsibility. I’ve pled guilty. I’m sorry.”

Ahead of her sentencing, dozens of people submitted letters to the federal judge pleading for leniency, including Kweisi Mfume, the former NAACP leader and Democratic nominee for Maryland's 7th Congressional District.

Pugh, helped by longtime aide Gary Brown Jr., carefully carried out the scheme over more than seven years, starting when she was a Maryland state senator and into her tenure as Baltimore’s mayor. Brown and another Pugh associate, Roslyn Wedington, await sentencing after pleading guilty to conspiracy and tax fraud.

A detailed accounting of the sales presented by prosecutors revealed that organizations paid Pugh $859,960 for orders of more than 132,100 copies. But only about 73,200 copies were printed. In their sentencing memorandum, prosecutors said Pugh’s personal inventory of books never exceeded 8,216 copies, but she resold them repeatedly through the elaborate scheme.

The University of Maryland Medical System — one of the state’s largest employers — was Pugh’s biggest book customer. The system paid her a total of $500,000 for 100,000 copies that were meant to be distributed to schoolchildren, but about 60,000 of those books were sent to a city warehouse and a Pugh office where thousands were removed to give to other customers. Prosecutors say Pugh never delivered the other 40,000 books the health system purchased for city schools.

While serving in the state Senate, Pugh sat on a committee that funded the medical system. She also sat on the hospital network’s board from 2001 until the scandal erupted in March. The former mayor returned the last $100,000 payment.

Other Pugh customers include CareFirst BlueCross BlueShield and Kaiser Permanente, which insure city employees. Some of their multiyear, multimillion-dollar contracts were awarded before Pugh took office, and some were awarded afterward, prosecutors said in a court filing.

“While there is no evidence that Pugh attempted to extort or solicit bribes from any of the foregoing companies or organizations, the fact that she repeatedly and almost exclusively targeted them suggests that Pugh leveraged the power of her elected office to corruptly solicit money from companies and organizations that might be beholden to her," prosecutors wrote in their sentencing memorandum.

The memorandum added that none of those who bought the books were even aware of their existence until Pugh mentioned them. Prosecutors said 93.6% of the book purchases, totaling $805,000, were bought by corporate buyers with an interest in “obtaining or maintaining a government contract."