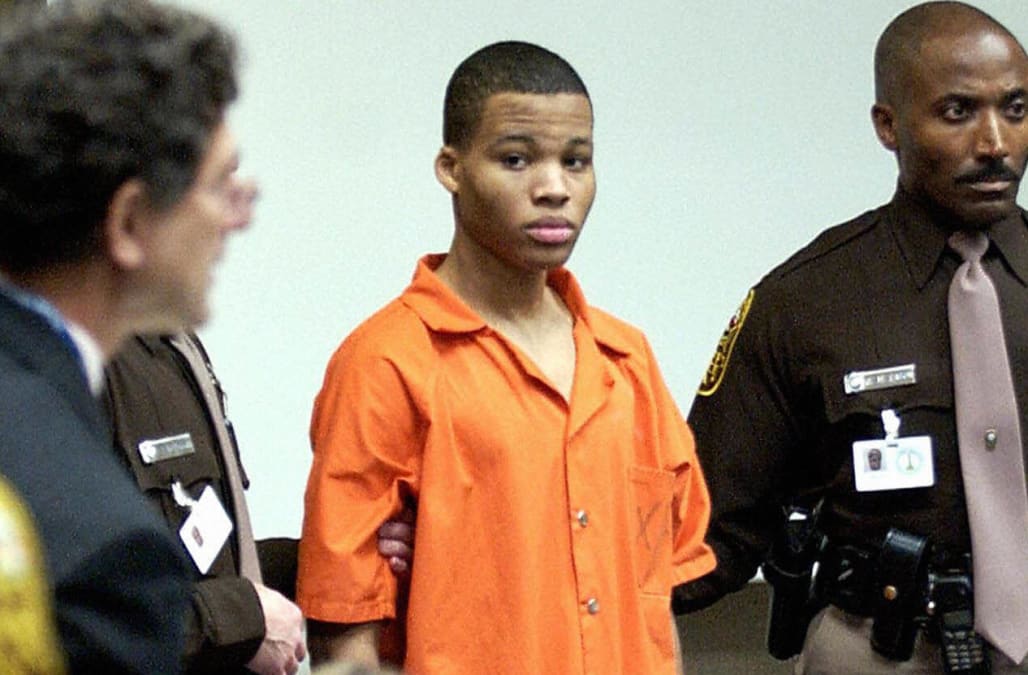 WASHINGTON, Feb 26 (Reuters) - The U.S. Supreme Court on Wednesday formally dismissed a case in which Lee Boyd Malvo, who was 17 when he took part in the deadly 2002 "D.C. Sniper" shooting spree in the Washington area, was challenging his life without parole sentence.

The move comes after a new law was passed in Virginia, where Malvo is incarcerated in a supermax state prison. The measure, signed into law on Monday, lets people sentenced to life in prison without the possibility of parole for offenses committed before age 18 - as Malvo was - to seek release after 20 years.

Lawyers on both sides had asked the Supreme Court to dismiss the case. Malvo, now 35, also received a sentence of life in prison without parole in Maryland, which is not affected by the Virginia law.

Malvo and an older accomplice, John Allen Muhammad, were convicted in the shootings in which 10 people were killed. Muhammad was sentenced to death and executed in a Virginia state prison in 2009 at age 48.

Virginia had appealed after a lower court ruled that Malvo should be resentenced in light of Supreme Court precedent that mandatory life sentences without parole for juvenile offenders violate the U.S. Constitution's ban on cruel and unusual punishment. The Supreme Court on Oct. 16 heard arguments in the case.

The shootings occurred over three weeks in Washington, Maryland and Virginia, causing panic in the U.S. capital region.

Malvo received four life sentences in Virginia, where he was convicted of two murders and later entered a separate guilty plea to avoid the death penalty.