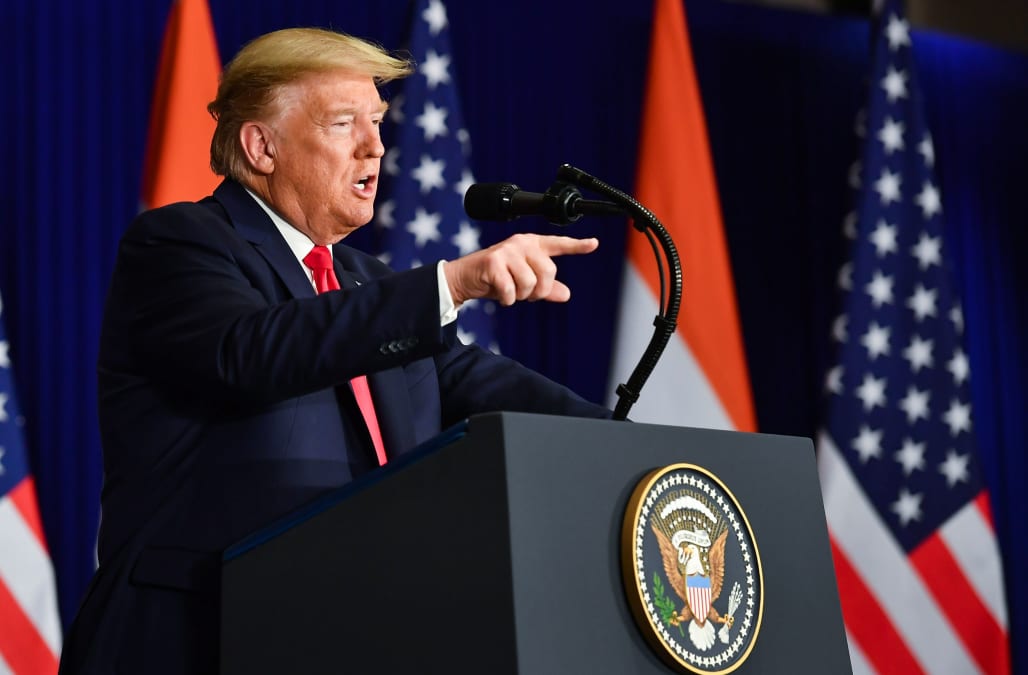 WASHINGTON, Feb 26 (Reuters) - President Donald Trump's re-election campaign said on Wednesday it filed a libel lawsuit against the New York Times, accusing the newspaper of intentionally publishing a false story last year related to the investigation into Russian interference in the 2016 U.S. election.

In an escalation of the Republican president's long-running battle with the news media, campaign officials said the lawsuit was being filed in the New York State Supreme Court, the state's trial-level court. A statement from the campaign said the aim of the litigation was to "hold the news organization accountable for intentionally publishing false statements against President Trump's campaign."

The lawsuit relates to a March 27, 2019, article published by the Times. The lawsuit originated with the Trump re-election campaign, but Trump has contended the Times has at times been biased against him.

Trump, seeking re-election on Nov. 3, often refers to various news media outlets as "fake news" and has called elements of the U.S. news media "the enemy of the American people."

Former Special Counsel Robert Mueller's investigation documented Moscow's campaign of hacking and social media propaganda to boost Trump's 2016 candidacy and harm his Democratic opponent Hillary Clinton. It documented numerous contacts between people associated his Trump's campaign and Russians. Mueller found insufficient evidence to show a criminal conspiracy between Trump's team but Russia and did not exonerate Trump of obstruction of justice related to the investigation.

"Today the President's re-election campaign filed suit against the New York Times for falsely stating the Campaign had an 'overarching deal' with 'Vladimir Putin's oligarchy' to 'help the campaign against Hillary Clinton' in exchange for 'a new pro-Russian foreign policy, starting with relief from ... economic sanctions,'" said Jenna Ellis, senior legal to Donald J. Trump for President, Inc.

"The statements were and are 100 percent false and defamatory. The complaint alleges The Times was aware of the falsity at the time it published them, but did so for the intentional purpose of hurting the campaign, while misleading its own readers in the process," Ellis said. (Reporting by Steve Holland; Editing by Will Dunham)