Shaq's 13-year-old daughter threw down a dunk on a 10-foot hoop, and her highlights show she's already an unstoppable force 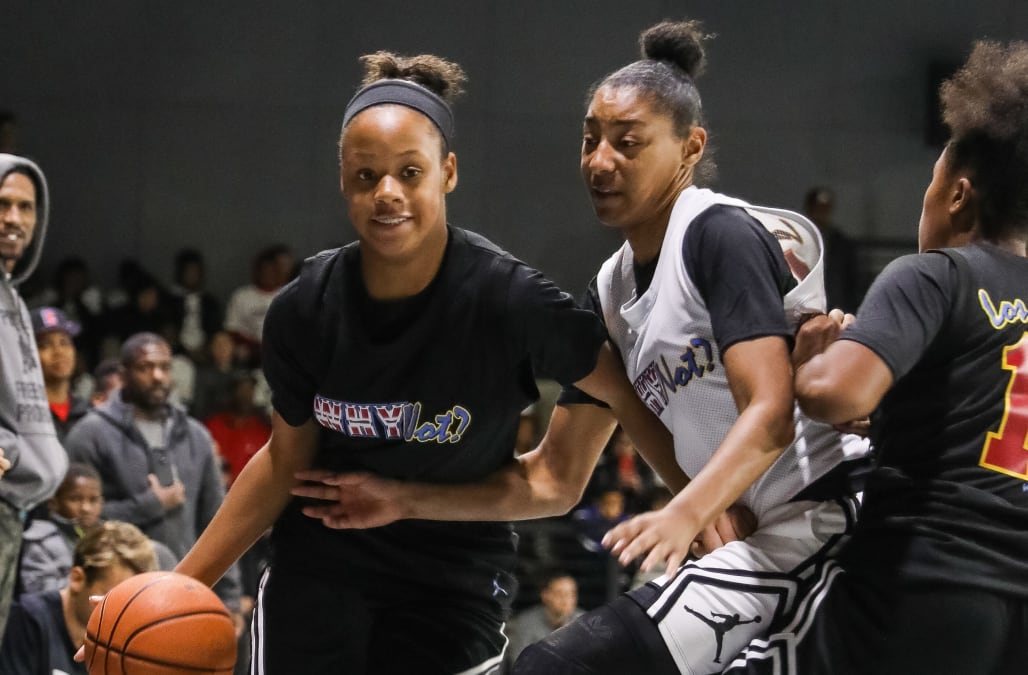 Shaquille O'Neal was one of the most powerful and entertaining dunkers in the history of the NBA, and now the big man is passing his talent on to his kids.

A video surfaced online Tuesday night of Shaq's 13-year-old daughter, Me'arah O'Neal, dunking on a regulation 10-foot hoop in what appears to be a home gym.

Shareef O'Neal, Shaq's son and Me'arah's older brother, originally posted the video to his Twitter with the caption "So my 13 year old sister is a cheat code."

So my 13 year old sister is a cheat code ... almost dunking 😂 pic.twitter.com/JS1wPu9Y1F

Me'arah, who is the youngest of Shaq's five children, plays for LA's Finest, according to Rivals.com. And based on some of her highlight videos, it looks as though the 6-foot-4 teenager is already an unstoppable force like her dad.

Her older sister, Amirah, can play, too.

Me'arah is still too young to commit to play in college, but given her height, her basketball genes, and her ability to dominate the post and drain shots from range, there's little doubt she'll have offers rolling in soon.