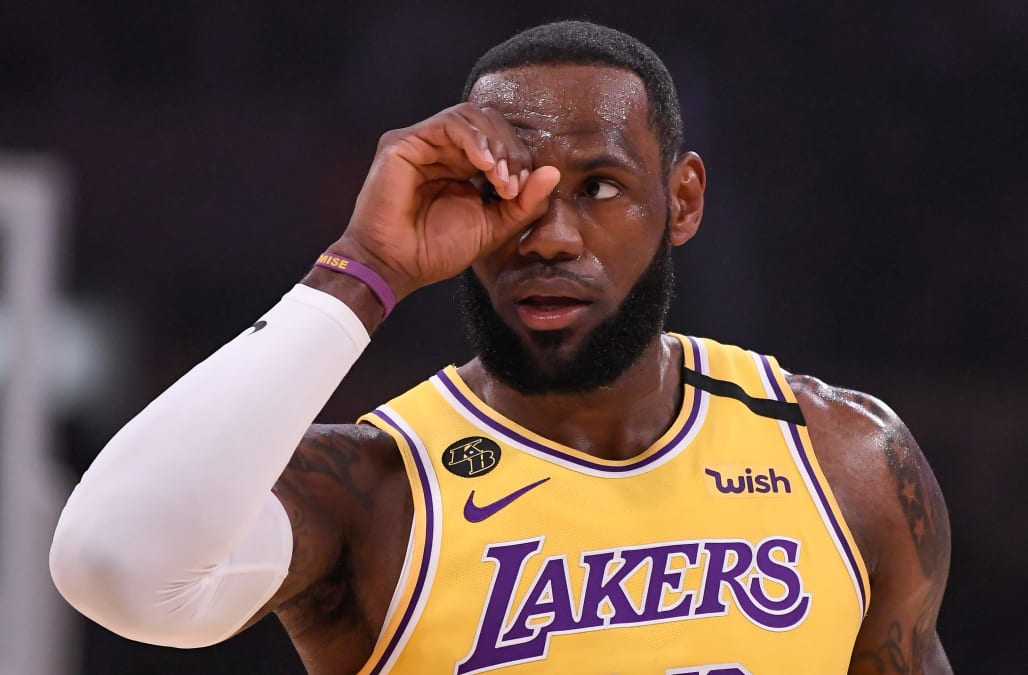 LeBron James enjoyed the fruits of his labor on Tuesday after scoring 40 points to beat Zion Williams and the New Orleans Pelicans, 118-109.

With the game in hand, James returned to the bench, where cameras then caught him appearing to eat Red Vines, a stringy red candy in the licorice family. While cameras showed someone near the Lakers bench with a box of Red Vines.

LeBron snacked on some candy after dropping 40 😆 pic.twitter.com/xpTQFabKQN

Bron dropped 40 on the Pelicans and started eating Red Vines on the sideline pic.twitter.com/XEI2jtIyJq

That James would enjoy such a postgame snack may not come as a surprise, however. While James is renowned for taking care of his body, former Cleveland Cavaliers teammate Tristan Thompson said James has a sweet tooth.

"He has the worst f---ing diet ever ... He's really a specimen. He eats like s---," Thompson told The Athletic. "I remember one year I tried to eat like he ate and it just didn't work out. I started gaining weight and said, 'F--- this.' I mean it works for him. He loves sweets. He loves sweets. He eats desserts and French toast. It's crazy how his body just burns it."

If LeBron goes Red Vines over Twizzlers, then that officially answer’s the GOAT question forever.

Not even close. #Twizzlers are the Anthony Bennett to LeBron’s Red Vines. The only debate is black or red. https://t.co/jFngdBB9Nf

There is no debate on Red Vines vs. Twizzlers. Red Vines are objectively better.https://t.co/kGZbTpc0Rv

The debate has been around for years. In 2019, The Takeout broke down the two candies, comparing their "longevity, versatility, legacy, and taste."

In 2017, a Reddit thread titled "Red Vines vs Twizzlers: Is it even a debate?" generated 22 comments and split votes.

At the time of this writing, James is yet to weigh in on the debate. Red Vines, however, seemed to take the victory.