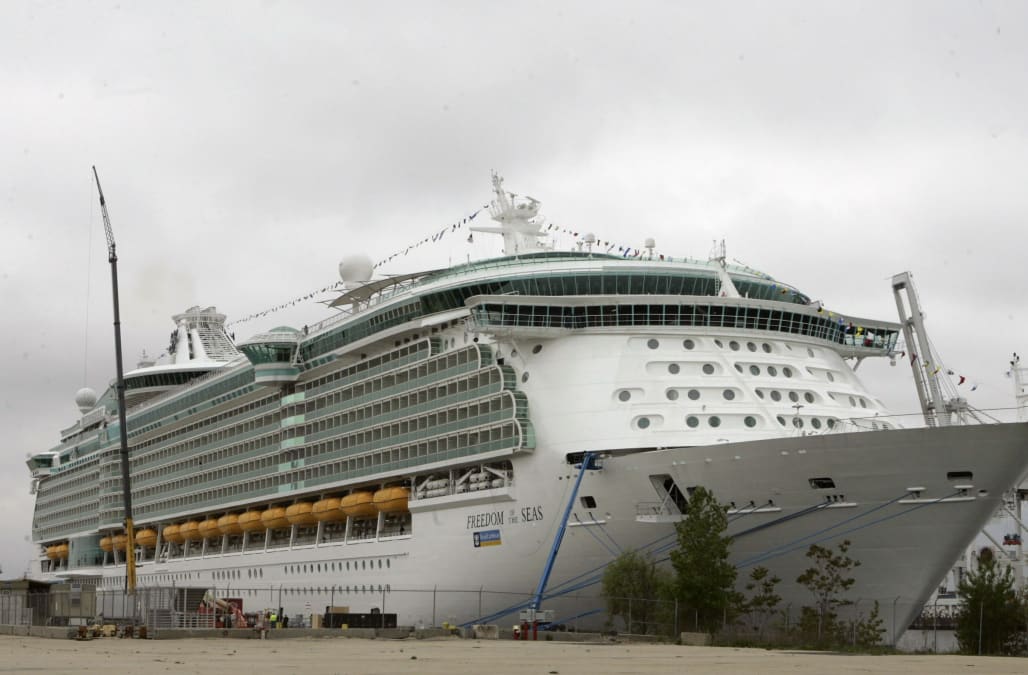 The grandfather of the 18-month-old who fell to her death from an open window on a Royal Caribbean cruise ship in San Juan, Puerto Rico, will plead guilty to her death, his attorney announced Tuesday.

Salvatore Anello, also known as Sam, initially pleaded not guilty to a negligent homicide charge from Puerto Rican authorities in October for the July death of granddaughter, Chloe Wiegand.

Michael Winkleman, attorney for the Wiegand family, told NBC News Tuesday that the grandfather filed paperwork to change his plea in return for an agreement that included no jail time. Anello, who lives in South Bend, will be able to serve his probation in Indiana, according to the lawyer.

Winkleman said the deal "is in the best interests of the family so that they can close this horrible chapter and turn their focus to mourning Chloe." A hearing date for the change of plea has yet to be determined.

Chloe was with her mother in a children's water park area on the pool's 11th deck, and when the mother had to go attend to another matter, Anello came to supervise the child, according to the family's lawsuit.

"Mr. Anello was closely supervising Chloe as she played," the suit says. When at one point "Chloe walked over to a nearby wall of glass on the same deck," her grandfather followed her.

Anello has insisted that he believed there was glass on the open window of the ship's 11th story when he held her up.

The family has claimed that Anello put Chloe up to the window to bang on the glass when she slipped from his hands and fell to her death. There were no signs indicating the windows were open, Anello told CBS in November. He also said he is color blind, which may have been why he couldn't distinguish between the tinted closed windows and the open window.

Chloe's parents, Kim and Alan Wiegand, told "Today" after her death last summer that they hoped to bring awareness and ensure such an accident doesn't happen to another family.

"We obviously blame them for not having a safer situation on the 11th floor of that cruise ship," Kim Wiegand said. "There are a million things that could've been done to make that safer."

Royal Caribbean Cruises did not immediately respond to a request for comment from NBC News.