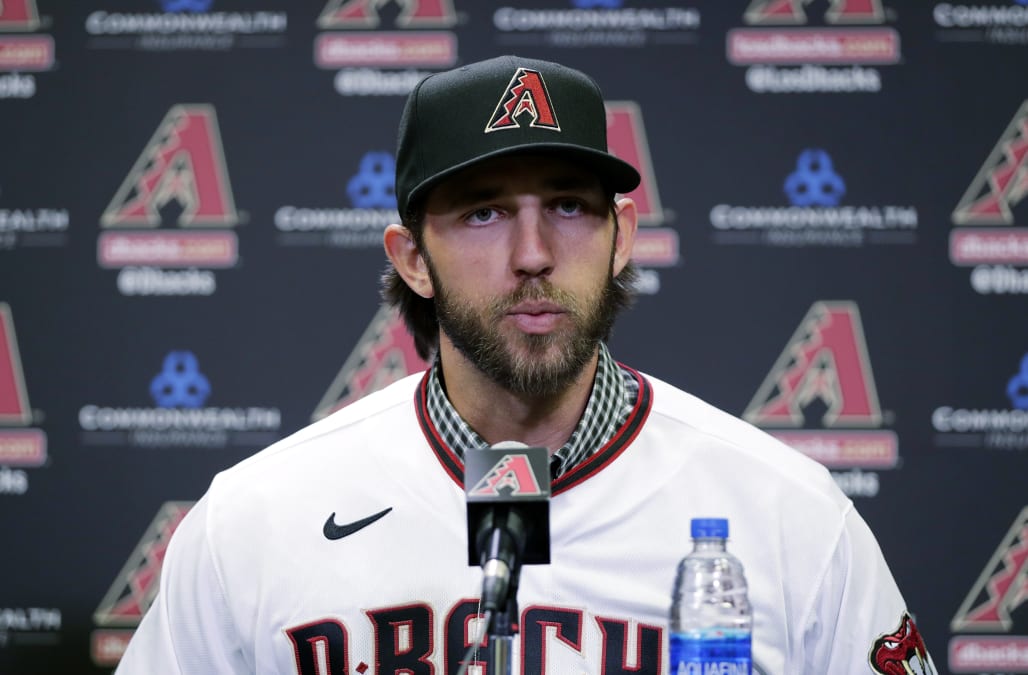 Arizona Diamondbacks starter Madison Bumgarner has a double life, according to a bombshell — and yet, not shocking — report from Zach Buchanan and Andrew Baggarly of The Athletic.

For years, the four-time All-Star has reportedly been competing in team-roping rodeo competitions in secret, under the alias “Mason Saunders” and possibly others. That activity was apparently unbeknownst to Diamondbacks general manager Mike Hazen, who gave Bumgarner a five-year, $85 million contract this offseason.

That Facebook photo is Mr. “Saunders” posing at the Rancho Rio Arena in Wickenburg, Arizona, last December after winning $26,560 in a team-roping competition with his partner, rodeo professional Jaxson Tucker.

Again, this is 100 percent real. Here’s another photo of the pair in action.

According to The Athletic’s interview with Bumgarner, the former San Francisco Giants southpaw has been competing as Saunders with different partners as far back as March of last year, and possibly longer.

The participation of the 2014 World Series MVP is apparently an open secret in the rodeo community, given that Bumgarner is one of the most recognizable faces in baseball. It’s also reportedly known among all of Bumgarner’s MLB acquaintances.

Bumgarner just kept it a secret from the media to avoid outside attention, for obvious reasons. He didn’t sound happy with The Athletic as he explained to them why he used an alias and how he arrived at Mason Saunders:

Why the alias then? That was to protect his adventures from garnering too much attention outside the insular world of roping. (“I’m nervous about this interview right now,” Bumgarner said through a smile to a pair of reporters from The Athletic at one point. “I’m upset with both you two.”) If he competed as Madison Bumgarner, every phone camera in the arena would be trained on him, he said. So, he devised “Mason Saunders.” The surname is the maiden name of his wife, Ali. “Mason” is a shortened version of Madison, “something for my wife to call me when we were out in public to keep people from recognizing me,” Bumgarner said. “But you’re going to ruin that for me.”

Bumgarner admitted to entering “smaller rodeos” back in 2016 in an interview with MLB.com’s Tracy Ringolsby, saying he tries to be smart about what he enters and that rodeo great Jake Barnes is one of his best friends.

Bumgarner told The Athletic that he might try a full-time rodeo career after retiring from baseball, though we might have guessed that even before this news came out. Bumgarner has never made it a secret how much he loves horses.

However, he might need another alias if he wants to avoid being the most-watched man in rodeo.

Can, uh, Bumgarner actually do this as an MLB player?

And now we come to the less fun part. Cattle roping is clearly something Bumgarner enjoys, but you also have to wonder if the Arizona Diamondbacks are going to be happy about the pitcher they just gave tens of millions of dollars regularly competing on horseback.

You’d imagine the D-Backs did not let Bumgarner include a provision that gives him free rein to compete in rodeo events, especially given a past incident of his career.

Bumgarner missed three months during the 2017 season after a dirt bike accident that sprained his throwing shoulder and bruised his ribs. Dirt bikes go faster than horses in a roping competition, but horse-riding can still be dangerous — and costly. Just ask Yoenis Cespedes.

Hazen indicated to reporters on Monday that he isn’t interested in policing Bumgarner’s personal life.

Mike Hazen just spoke with the media. He wouldn't go into any details on what Bumgarner's contract says, but he did say all his players are adults and they have lives of the field, and he doesn't tell them what they can and can't do.

So, for now, it appears the D-Backs will deal with Bumgarner’s hobby in-house, if at all.

However, let’s face it. If you willfully employ Madison Bumgarner, you’re going to have to accept that he occasionally enter rodeos in secret. Everyone in baseball should know this.