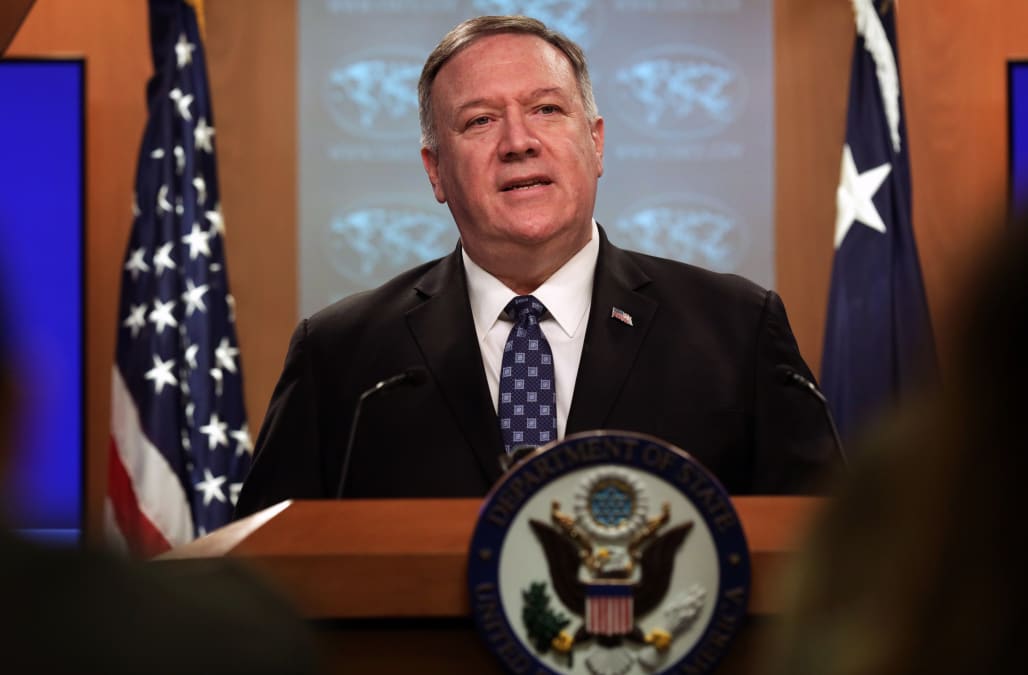 WASHINGTON (AP) — Secretary of State Mike Pompeo on Tuesday hit out at China and Iran for their response to the outbreak of coronavirus, accusing the two governments of censorship and of trying to cover up the severity of the spread of the deadly illness.

Pompeo assailed Beijing for expelling three Wall Street Journal reporters and said a free press was needed to ensure accurate information about the virus is available to the public and medical personnel. He also said Iranian authorities must “tell the truth” about the virus amid signs the outbreak there may be far wider than officially acknowledged.

“Expelling our journalists exposes once again the government's issue that led to SARS and now the coronavirus, namely censorship. It can have deadly consequences,” Pompeo said of China.

RELATED: Take a look at the coronavirus across the world:

“Had China permitted its own and foreign journalists and medical personnel to speak and investigate freely, Chinese officials and other nations would have been far better prepared to address the challenge,” he told reporters at a State Department news conference.

On Iran, which now has the second highest number of infections after China and where officials said earlier Tuesday that the head of the country's counter-coronavirus task force tested positive for the virus, Pompeo said the U.S. is “deeply concerned" that the government “may have suppressed vital details about the outbreak.”

"All nations, including Iran, should tell the truth about the coronavirus and cooperate with international aid organizations," he said.

The virus that originated in China has now infected more than 80,000 people and killed more than 2,500, mostly in China.

More from Aol.com:
Coronavirus: Canary Islands hotel locked down after Italian tests positive
Pope appears to give thumbs down to Trump's Mideast peace plan
Mexican man arrested in Miami for allegedly being an agent of Russia