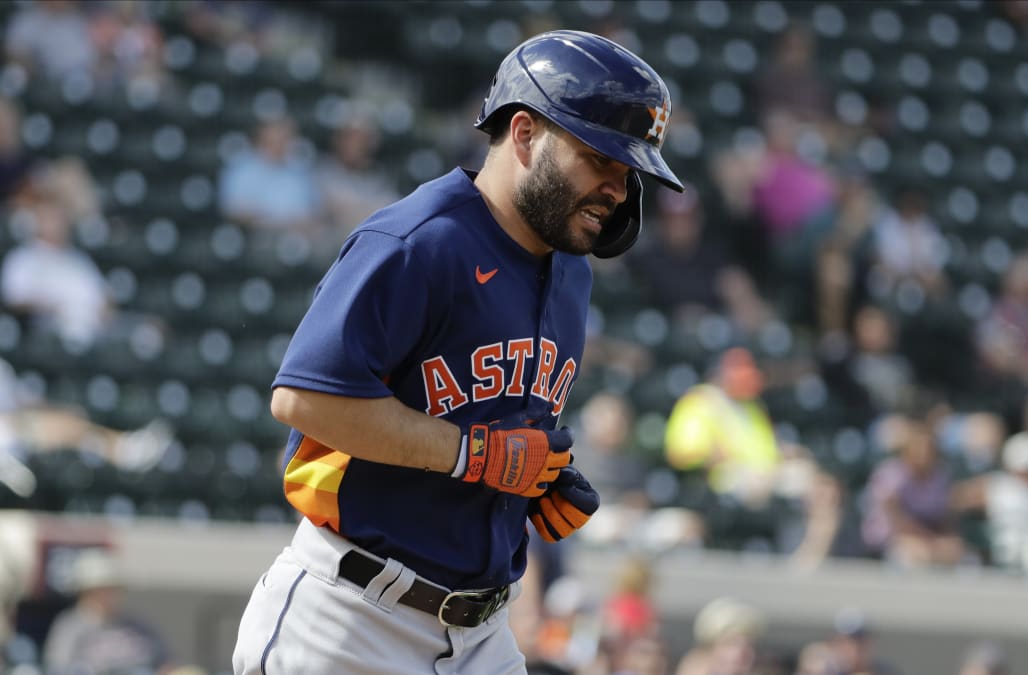 Jose Altuve should probably get used to this.

The Houston Astros second baseman took the batter’s box on Monday for the first time since news of his team’s sign-stealing scandal broke.

He was not warmly welcomed. Fans in the stands for the Astros’ Grapefruit League game against the Detroit Tigers greeted Altuve with a chorus of boos.

Jose Altuve's first at-bat of the spring and listen to all those boos.

HBP not believed to be intentional

Altuve was also grazed by a pitch from Tigers reliever Nick Ramirez, an instance first-year manager Dusty Baker brushed off as incidental.

“He was hit in the foot,” Baker told reporters. “That ain’t nothing, you know what I mean? It wasn’t intentional.”

Intentional or not, inside pitches are a fact of life Altuve and his teammates should be prepared for alongside the boos, which weren’t the first they’ve heard this spring.

While the facts around Altuve’s involvement in the Astros cheating scandal remain unclear, theories range from “he was wearing a nipple buzzer that was tipping pitches” to “he was one of the only Astros not actively participating in the scandal.”

In the face of that uncertainly, the default will likely be to assume guilt. That assumption will come with vitriol from road fans.

Other Astros booed as well

According to the Associated Press, Alex Bregman, Carlos Correa and Yuli Gurriel also regularly faced boos in the 11-1 Astros win that was their first spring training game away from their own complex.

Altuve also received some cheers — when he was charged with a fielding error.

“We just heard a lot of noise, and that's it,” Altuve said, per the Associated Press.

The Astros need to be ready for a lot of noise for the foreseeable future.