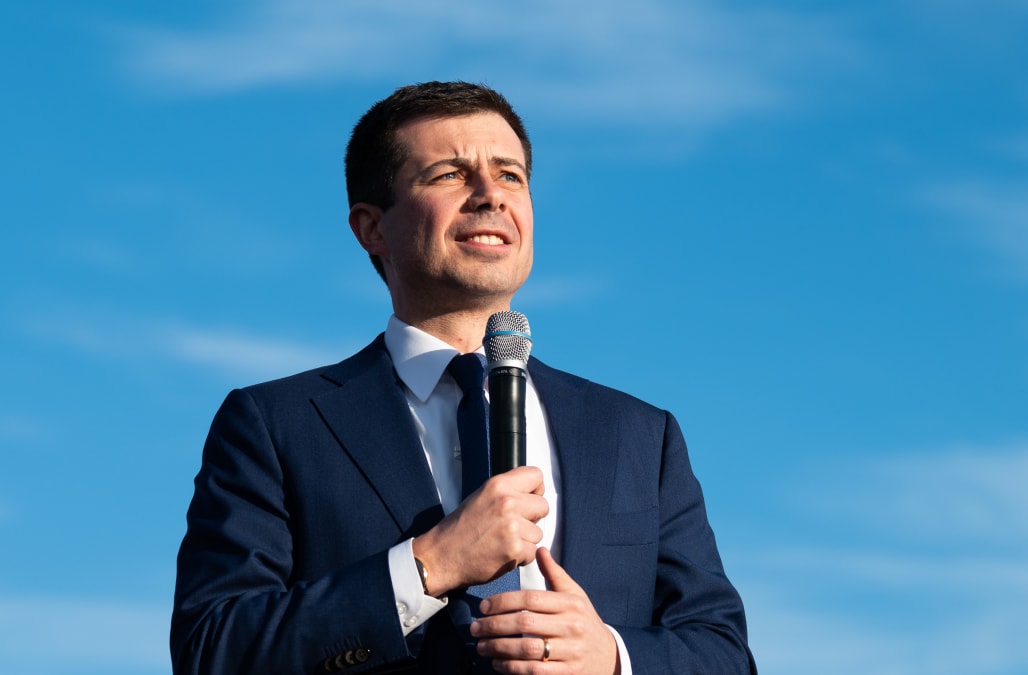 Democratic presidential candidate Pete Buttigieg shared a heartfelt moment on Saturday when a young boy asked the former South Bend, Indiana, mayor to help him come out to the world.

“Thank you for being so brave,” 9-year-old Zachary Ro wrote in a question read during the openly gay candidate’s rally in Denver. “Would you help me tell the world I’m gay, too? I want to be brave like you.”

Zachary, who reportedly attended the rally with his parents, then joined Buttigieg onstage and gave him a bracelet as the crowd responded with loud applause.

“I don’t think you need a lot of advice from me on bravery. You seem pretty strong,” Buttigieg told the child. “It took me a long time to figure out how to tell even my best friend that I was gay, let alone to go out there and tell the world. And to see you willing to come to terms with who you are in a room full of 1,000 people, thousands of people you’ve never met, that’s really something.”

Powerful moment (better audio): 9 year old Zachary Ro of Lone Tree asks @PeteButtigieg how he can be brave and tell people he is gay too pic.twitter.com/1aUbYM8cDM

The former mayor then told Zachary that he does have some tips for him “that might be useful.”

“The first thing is that it won’t always be easy, but that’s OK because you know who you are. And that’s really important, because when you know who you are, you have a center of gravity that can hold you together when all kinds of chaos is happening around you,” Buttigieg said.

“The second thing I want you to know is that you’ll never know who’s taking their lead from you, who’s watching you and deciding that they can be a little braver because you have been brave,” he continued.

Buttigieg came out in his 30s after he returned from deployment in Afghanistan and had already been elected mayor. The Indiana native told his coming-out story at a Democratic debate last year, marking the first time in U.S. history that the public had heard a presidential candidate publicly talk about their coming-out experience.

“When I was trying to figure who I was, I was afraid that who I was might mean that I could never make a difference,” Buttigieg told Zachary. “And what wound up happening instead is that it’s a huge part of the difference I get to make. I never could’ve seen that coming. And you’ll never know who’s life you might be affecting right now just by standing here, right now. There’s a lot of power in that.”

With Buttigieg being the first openly gay presidential candidate in the country’s history, the candidate’s campaignhas faced homophobic comments ― mostly from the right ― on whether the U.S. is ready for, or even wants, a gay president.

Conservative radio host Rush Limbaugh recently made homophobic remarks about Buttigieg kissing his husband on the debate stage and questioned on his show how it would play out with voters if the former mayor is the presidential nominee.

“I love my husband. I’m faithful to my husband,” @petebuttigieg responds to conservative radio host Rush Limbaugh’s recent comments. “I’m not going to take lectures on family values from the likes of Rush Limbaugh.” #CNNSOTUhttps://t.co/bOje6TVl1spic.twitter.com/icNbNMetlw

Buttigieg responded to Limbaugh’s comments last week, saying he does not take “lectures on family values” from the Presidential Medal of Freedom recipient who is known for his hateful positions on marginalized groups.

“Well, I love my husband. I’m faithful to my husband,” the candidate told CNN of Chasten Buttigieg. “Onstage, we usually just go for a hug. But I love him very much, and I’m not going to take lectures on family values from the likes of Rush Limbaugh.”

About 78% of Americans said they would vote for someone who is gay or lesbian if the person is a party’s “well-qualified” presidential candidate, according to a Gallup poll released earlier this month.

Buttigieg said that while he can’t promise Zachary it will always be easy, “I can promise you that I’m gonna be rooting for you.” The two were then joined onstage by Chasten Buttigieg, who walked Zachary back to his parents.

“I think you’ve already got it together, so I’m excited to see what you’re going to do as a leader,” the former mayor told Zachary. “Just promise me you won’t run for president until after I’m done because I think you might be strong competition.”

I caught up with 9 year old Zachary after he was brought on stage and asked @PeteButtigieg his question. His dad told me off camera he was proud of his son. pic.twitter.com/CsO60aQiUh

Zachary told a KDVR-TV reporter after the event that the former mayor gave him “some really good advice.” The reporter said Zachary’s father told him he was proud of his son.

“I just feel inspired by Pete being openly gay and running for president at the same time,” Zachary told the station. “Someday I wanna be like him.”