North Korea has yet to officially report any coronavirus cases. But it just quarantined 380 foreigners. 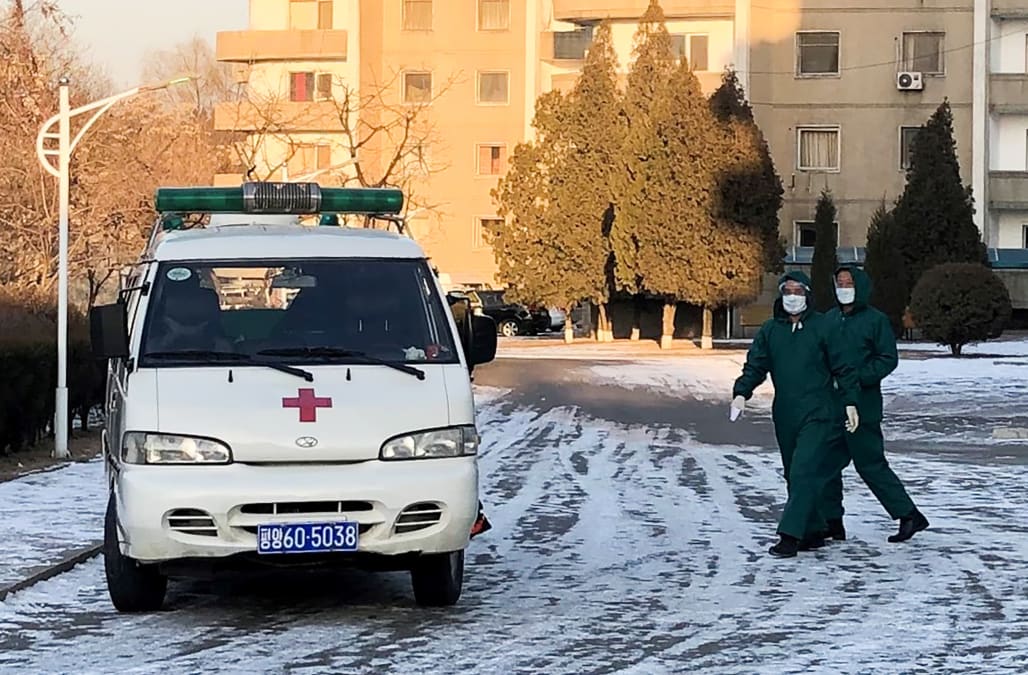 As the novel coronavirus continues to spread and fears are swirling about the prospect of a global pandemic, North Korea has quarantined 380 foreigners, most of whom are diplomats, state media reported on Monday. Around 200 of those foreigners have been under quarantine for the last thirty days.

The state has quarantined the foreign nationals while "while intensifying isolation, medical monitoring and testing measures on those who have returned from overseas travel, those who have contacted them, and those showing abnormal symptoms," according to the South Korean Yonhap News Agency, which cited North Korean state media.

North Korea is one of the most isolated, secretive countries in the world — and the spread of the coronavirus has only served to exacerbate its isolation. In an effort to stave off the coronavirus, the state has blocked foreign tourists — most of whom come from China — from entry, the Washington Post reported in late January.

Though the nationalities of the quarantined individuals are unknown, they are believed to mostly be diplomats stationed in the capital, Pyongyang.

If the quarantine appears somewhat perplexing, it's because the country has not reported a single case of the novel coronavirus, also known as COVID-19.

RELATED: Take a look at the coronavirus outbreak across the world:

'It will be dangerous for them'

The World Health Organization (WHO) declared in late January that COVID-19 is a "global health emergency," and later said there were "no indications" of any coronavirus cases in North Korea.

"At the moment there are no signals, there are no indications we are dealing with any COVID-19 there," Dr. Mike Ryan, chief of the WHO emergency program, said in a February 19 press conference.

If North Korea is, in fact, battling an outbreak, the country and its neighbors could be in trouble, since sanctions on the country have limited access to proper medical resources.

"There's not enough medicine for the country," Nagi Shafik, a former WHO and UNICEF official in Pyongyang, told Insider. "I'm really concerned about them facing an outbreak. It will be dangerous for them. It could go everywhere."

"They cannot produce the medicine they need because of the sanctions," Shafik continued. "Nothing new has come to the country to updates their medicine or technology. What even is the best doctor without equipment?"

Elsewhere, some 3,000 people in the North Korean province of North Pyongan are being monitored for potential COVID-19 symptoms, the BBC said citing state media. And on February 21, the country canceled its yearly marathon in Pyongyang that typically attracts participants from around the world, the BBC said.

More from Business Insider:
The coronavirus death toll has reached 2,626, with more than 79,000 infected. Here's everything we know about the outbreak.
The coronavirus has reportedly spread to North Korea. Experts say the country isn't equipped to fight it.
A couple flew on Delta from Hawaii to Japan and then tested positive for coronavirus. Now the airline is notifying the other passengers.