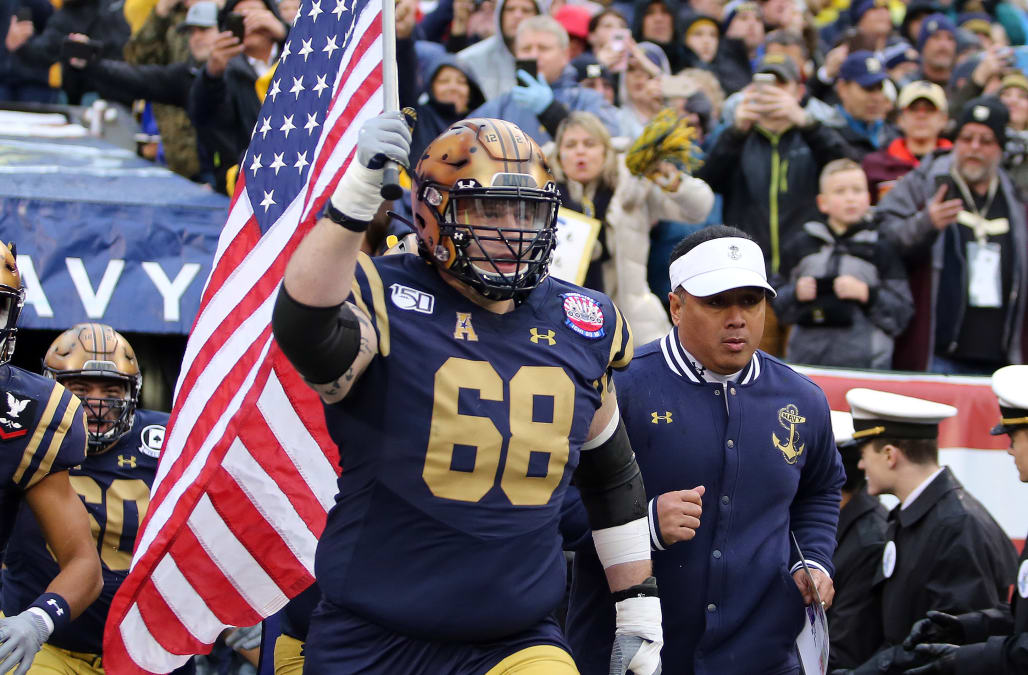 Navy officials said Friday night that offensive lineman David Forney died Thursday night after he was found unresponsive in his dorm on campus. He was 22.

After Forney was found in his dorm room, a classmate attempted CPR before he was taken to the hospital.

From the Capital Gazette:

A CPR-certified midshipman administered resuscitation efforts at the recommendation of first responders en route to Bancroft Hall. Emergency services transported Forney to Anne Arundel Medical Center, where he was pronounced dead at 11:28 p.m.

“Words cannot express our pain and sorrow,” Navy coach Ken Niumatalolo said in a team statement.  “First and foremost, our deepest condolences to the Forney family.  The Navy Football Brotherhood is not a team, we are a family.  We are devastated to have lost one of our brothers. We all loved – and will always love –David.  We pray for strength during this most difficult time.”

A cause of death has not been determined, though foul play is not suspected.

“There is no tighter bond or commitment to each other than found within the Navy football family.  To lose a brother is devastating to these young men who grow closer every minute during their four years at the Academy,” Navy athletic director Chet Gladchuk said. “We are a community that is in emotional pain today.  Our deepest condolences to his immediate family and all of his friends.  David's memory and the influence he had on everyone he touched will live on and remain an inspiration forever within the annals of Navy football and the Brigade of Midshipmen.”

Forney started all 13 games for the Midshipmen last season and played in 39 straight games during his final three years with the program. The Maryland native was a first team All-American Athletic Conference member this year while helping Navy finish with an 11-2 record and beat Kansas State in the Liberty Bowl. Navy was one of the best rushing teams in the country in 2019.

Forney was set to graduate in May and would have been commissioned as a cryptologic warfare officer.

“It’s with a heavy heart that I say a few words about one of my best friends, David Forney. He was the guy I had the blessing and honor to play next to these past few years,” center and team captain Ford Higgins said. “During our time on the football field there was a special and unique kinship that was forged through our time in the trenches together. There are uncountable instances where I felt like Dave and I worked together as one mind. He was such a great guy and even better friend. He was universally loved on and off the field by teammates and classmates. The Forney family will be in our thoughts and prayers. I loved him dearly and I will miss him forever.”