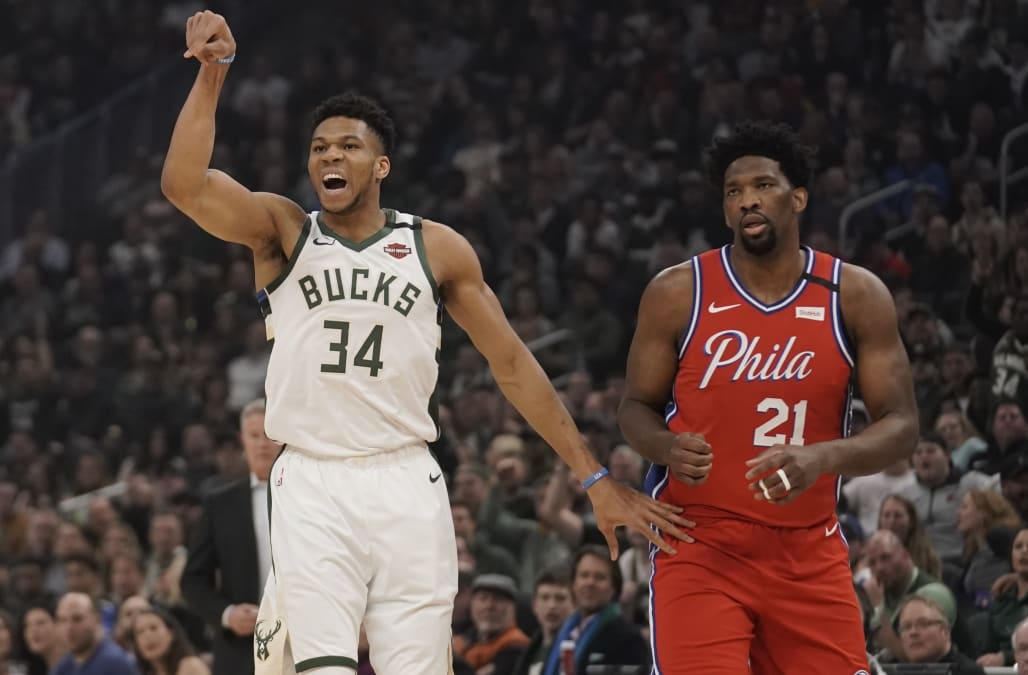 Here’s the thing about the 2019-20 Milwaukee Bucks: They are a really, really good basketball team.

How good? Well, how about the fact that they have clinched a spot in the NBA playoffs ... on Feb. 23. Two months before the playoffs are scheduled to start in mid-April.

The Bucks officially punched their ticket on Sunday, despite not playing a game that day. Instead, the team watched as the ninth-place Washington Wizards fell 126-117 to the Chicago Bulls, pushing the Wizards 27.5 games back with 27 games to play.

According to the Milwaukee Journal-Sentinel’s JR Radcliffe, that’s the earliest a team has clinched the playoffs in the history of the current format, besting the 2017 Warriors’ mark of Feb. 25.

Of course, it was long a given that the 48-8 Bucks were making the playoffs between their talent and the putridness of the Eastern Conference. Preseason odds of the Bucks missing the postseason were so long that one gambler had to bet $10,000 on them making it to win $100 (congratulations to him/her).

Behind Giannis Antetokounmpo, the Bucks have managed to top the heights of last year’s Eastern Conference No. 1 seed squad, and it’s primarily thanks to their mutant MVP frontrunner somehow getting even better.

The Greek Freak is currently averaging 30.0 points, 13.6 rebounds and 5.8 assists per game while leading the league in defensive rating and averaging only 30.9 minutes. Just imagine if he played as many minutes as the rest of the MVP field. The Bucks haven’t given him much reason to, though, as the team has won 33 of its 56 games by double digits.

The Bucks currently have a 6.5-game lead over the Toronto Raptors for the No. 1 seed, so the team should have plenty of breathing room to prepare for the playoffs over the next two months. Milwaukee will be looking to improve on last year’s finish, an Eastern Conference finals loss to the Raptors.