Michael Jordan at Kobe memorial: Now I’m going to have to look at another crying meme 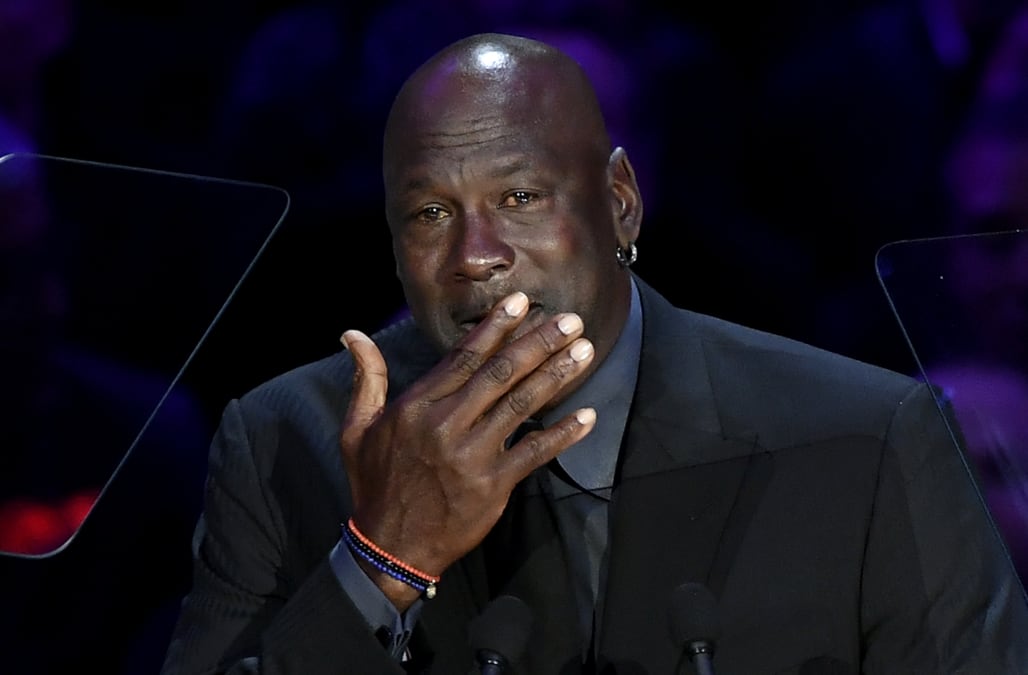 The celebration of life for Kobe and Gianna Bryant was emotional. While most of the speakers in the first two hours of the memorial at Staples Center were able to get through their speeches, fellow NBA great Michael Jordan teared up almost immediately.

And he made light of it.

“Now he’s got me, I’m going to have to look at another crying meme for the next —” Jordan said, tears in standing out clearly on his face. “...I told my wife I wasn’t going to do this ’cuz I didn’t want to see that for the next three or four years.

“That’s how much Kobe meant to me.”

Michael Jordan: I told my wife I wasn't going to do this because I didn't want to see that (crying meme) for the next 3 or 4 years. pic.twitter.com/r4DIaqtPEc

The “Crying Jordan” meme stems from a photo taken during his Hall of Fame enshrinement speech in September 2009. It hit its peak in 2016 after his alma mater, North Carolina, lost the title game to Villanova.

The moment drew one of the loudest laughters of the afternoon and a needed moment of levity in an emotional morning and afternoon at Staples Center.

Kobe was a ‘little brother’ to MJ

Jordan shared that he and Kobe were very close friends, with Bryant “like a little brother.” As with every little sibling, Jordan said, Bryant was “a nuisance” and it turned into love. He would ask questions to find out what it was like in the NBA, and at the highest level, too.

“This kid had passion like you would never know. It’s [an] amazing thing about passion if you love something if you have a strong passion about something, you would go to the extreme to try to understand or try to get it.”

Jordan said they talked about business, family and “everything” as he tried to be a better person. And while Kobe was the little brother, asking questions at odd hours, Jordan said it made him want to be the “best big brother I could be.”

“When Kobe died, a piece of me died,” Jordan said.

“From this day forward, I will live with the memories of knowing that I had a little brother that I tried to help in every way I could. Please rest in peace little brother