Harvey Weinstein rerouted to hospital on way to NYC jail 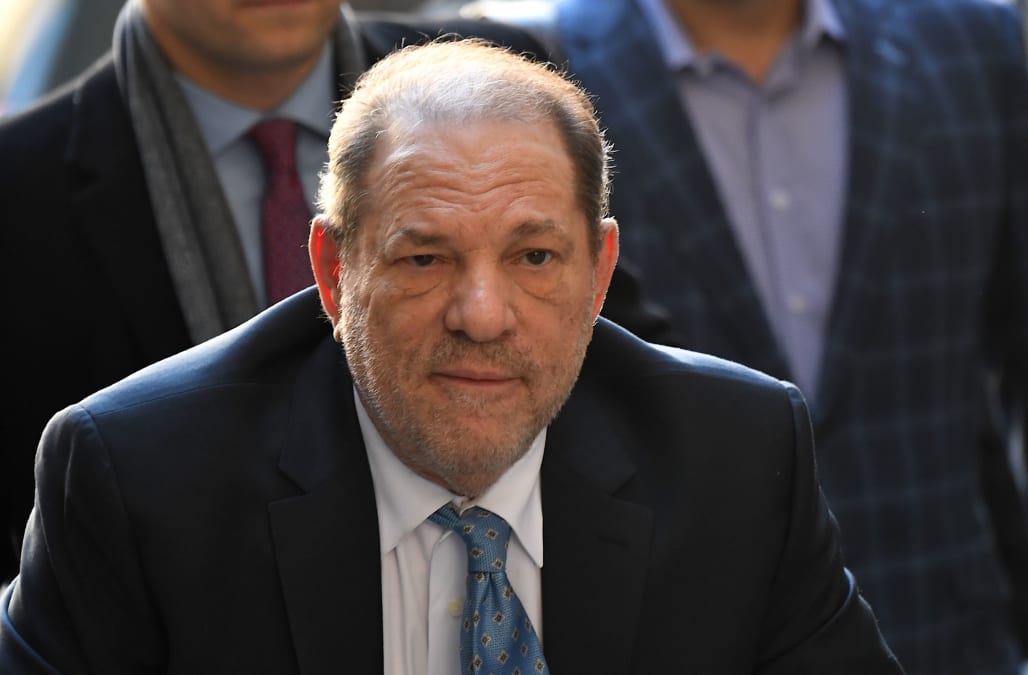 Convicted rapist Harvey Weinstein was rerouted to a New York City hospital Monday night as authorities transported him to the jail on Rikers Island.

Weinstein's attorney Donna Rotunno said Monday night that Weinstein was at Bellevue Hospital under observation for high blood pressure and heart palpitations. It wasn't clear whether he would stay overnight or go on to the infirmary at Rikers Island on Monday night.

The city Department of Corrections had no comment other than to say Weinstein was remanded and transferred into custody.

Weinstein, 67, was found guilty Monday afternoon of third-degree rape of Jessica Mann, a former aspiring actress, as well as a count of criminal sexual act in the first degree against Mimi Haley, a former "Project Runway" production assistant.

The jury found him not guilty on two counts of predatory sexual assault, which each carried a sentence of up to life in prison. He was also acquitted on a count of first-degree rape against Mann.

In all, more than 80 women have accused the Oscar-winning producer of sexual assault and harassment going back decades. He is scheduled to be sentenced March 11.